Note: The Jets picked up their second straight win last night at home as they defeated the Flyers 4-0 courtesy of two goals and an assist by Kyle Connor which established a new franchise record for points in a season at 92 (eclipsing Blake Wheeler’s 91 which he did twice) as well as the very first NHL shutout for Eric Comrie. The team is off today.

Note II: Just prior to puck drop and somewhat unexpectedly the Jets announced that they had signed 2021 1st rounder Chaz Lucius to a three year ELC. Where he plays next season is still a subject of speculation although one prospect expert did feel he could play with Portland of the WHL or the Moose in the AHL.

Note III: The final series of the regular season for the Moose gets underway tonight as they host the Abbotsford Canucks in a two-game set. Puck drop is at 7 PM.

Note IV: The Ice were looking to sweep the Raiders last night in Prince Albert but it was the home side that staved off elimination courtesy of a 3-1 win in game 4. They are off today. They will look to win the series in game 5 which takes place in Winnipeg on Friday night.

Winnipeg Sun: Eric Comrie notches first NHL shutout leading Jets to win over the Flyers. It was pretty evident based on the way the team reacted to his first NHL shutout how this team feels about their backup. Scott recaps the action. 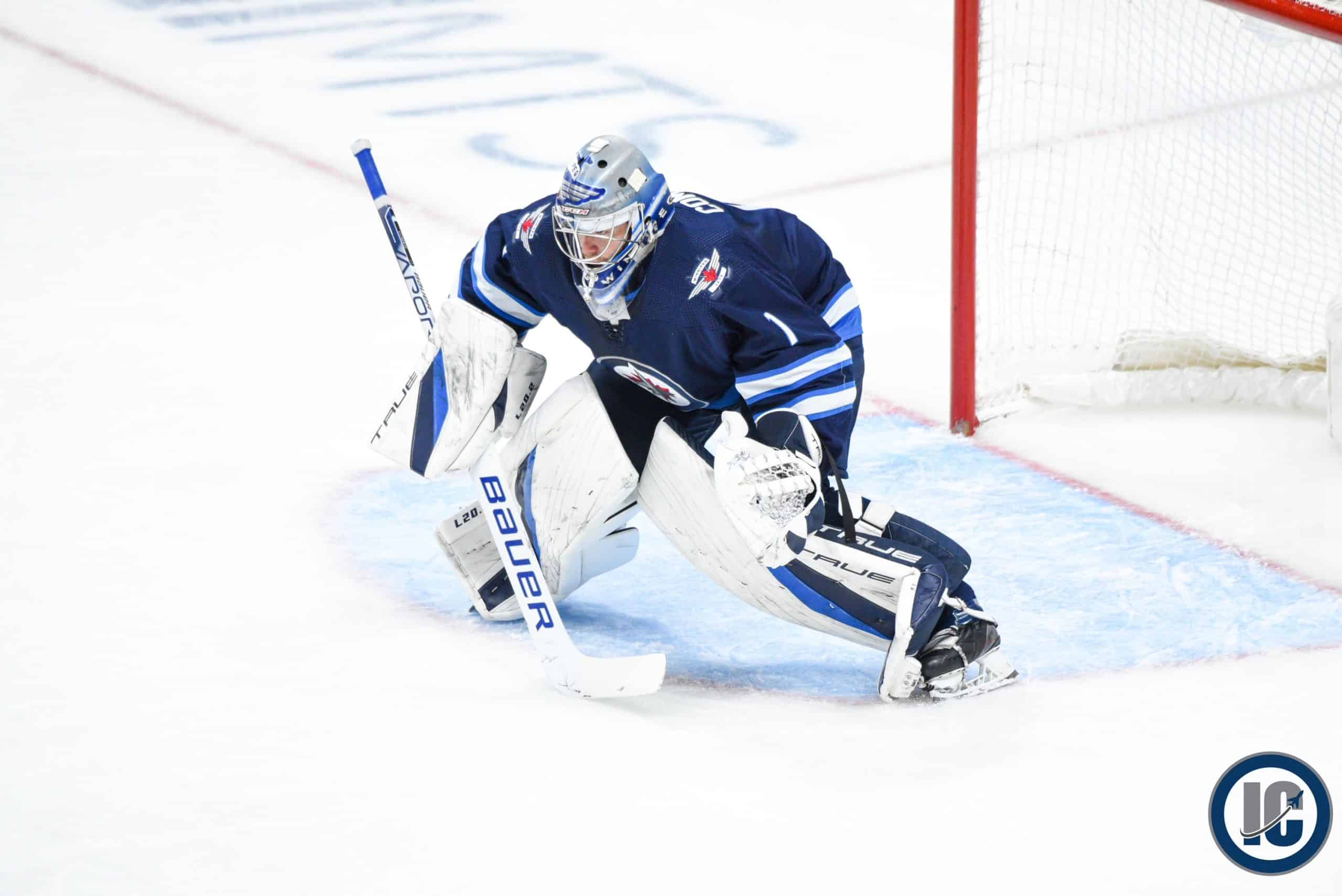 Winnipeg Sun: Nikolaj Ehlers looking to show fans Jets are better than this. If there is one thing you can count on from Ehlers is a player who is a straight shooter both on and off the ice.

Winnipeg Free Press: Eric Comrie gets first NHL shutout in 4-0 win over Flyers. (Paywall). While he has 10 shutouts in the AHL you know that last night was a special win for the 2013 2nd rounder who is firmly establishing himself as a bona fide NHLer. Mike wrote about the game from his spot inside Canada Life.

Winnipeg Free Press: Veteran D-men search for answers. (Paywall). Given the solution was expected to be D there remain quite a few questions a year after the ‘Summer of Chevy’. Good on Schmidt and Dillon for answering the questions in the manner that they did.

Philadelphia Inquirer: Flyers get shut out by the Winnipeg Jets, 4-0, in second-to-last game of the season. Check out this recap of the game from a reporter who covers the Jets opponent.

Sportsnet: 32 Thoughts. Number 8 (tough decisions in Winnipeg) and 9 (Pierre-Luc Dubois) although to be clear nothing earth shattering with either of these thoughts.

NBC Sports: Long-standing problems doomed Jets in 2021-22; What can they fix? That is the 82 million dollar question that will be burning in the heads of Jets GM Kevin Cheveldayoff for the rest of the summer.

Sportsnet:  Why it’s important Jets recognize they’ve underachieved this season. Sean Reynolds and Ken Wiebe discuss the vocality of the Jets in recent days, the importance of speaking out on what was deemed a wasted year, and whether changes to the roster are inevitable at this point.

Winnipeg Free Press: Raiders force Game 5 with win over Ice. (Paywall). Mike covers the Ice like nobody else so give his recap a read to get insight into the local WHL club.

Prince Albert Daily Herald: Raiders avoid sweep with 3-1 game four win over ICE. Read about the game from the perspective of a writer that covers the Raiders.