Note: It has been an odd few days as we should be writing about the game last night between the Jets and Kraken but due to the “snowmaggedon” (which so far hasn’t quite lived up to the name) that contest was cancelled and instead the local NHL club took off for Florida on Tuesday. Yesterday was a day off and they will hit the ice for practice today with media availability at 11 am as they prepare for four heavy hitters starting with the Panthers tomorrow night. Stay tuned for the Practice Report.

Note II: The Moose moved practice downtown to avoid any snow related issues and they will hit the ice for another day of practice this morning. Perhaps we see the newly signed Jets prospects (with Manitoba on PTOs) in Henri Nikkanen (2019 4th) and Daniel Torgersson (2020 2nd), who are in Winnipeg but haven’t yet skated with the team. Update: Moose cancelled practice.

Global News: Samberg shines for Jets in late-season audition. He hasn’t looked out of place. Wieber takes a look at how the 2017 2nd rounder is performing now that he’s back up with the big club.

Winnipeg Free Press: Too many points left on the table. (Paywall). It is a theme that we have been discussion on the Illegal Curve Hockey Show as the common refrain has often been “this will be one of those game’s you look back on at the end of the year” but as Mike points out that has happened too often this season. 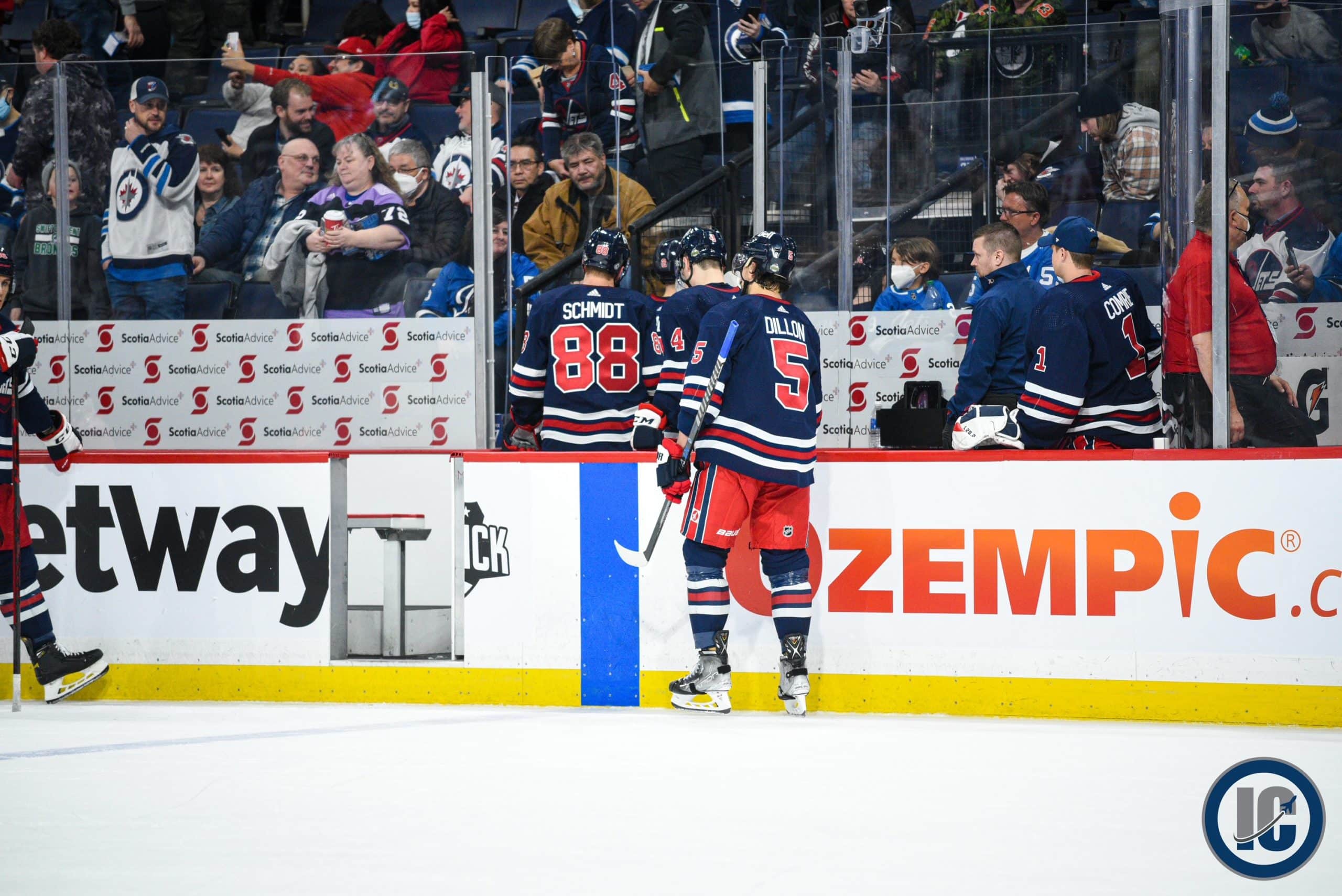 Global News: Weekly Jets chat with John Shannon. The insider spoke about the playoff hopes for Winnipeg being all but finished, and what fans can expect from them during the final 8 games of the season? Will Paul Stastny re-sign in Winnipeg? And is the Jets unbeaten record without Blake Wheeler and Mark Scheifele a coincidence or something more telling?

TSN Bardown: A chat about fashion and hockey with former Jets winger Patrik Laine.  For the first time since the trade, Patrik Laine and Jesse reunited and wow, did they ever have a lot to catch up on. From his newfound love for fashion and time in Winnipeg, Patty let it all out in what turned out to be a very, very fun interview. Make sure to watch until the end… Jesse may or may not have given Patty a special present(s)!