Note: The Jets were off on Saturday so no update on the status of Jansen Harkins who didn’t play after the 1st period of Friday night’s OT win over the Blue Jackets.  Will they make a recall ahead of morning skate which gets underway at 9:30 AM so stay tuned for the pre-game report to get the full 411 ahead of the game against the Coyotes. Puck drop is at 6 PM CDT and following the final buzzer we want you to join the conversation on the Illegal Curve Post-Game Show.

Note II: The Moose had a frustrating conclusion to their seven-game road trip as they outshot the IceHogs last night in Rockford but ultimately lost the game 4-0. Overall it was still a solid trip as they went 3-2-2-0 although as I suggested above it began better then it ended. Today they return home as they get set to play four games at home starting on Tuesday with the Laval Rocket.

Winnipeg Sun: Comrie shines once again; Scheifele, Wheeler split pays off. Another win for Eric Comrie as the Jets backup netminder picked up his fifth straight W for Winnipeg and improved to 8-2-0-1 on the season. 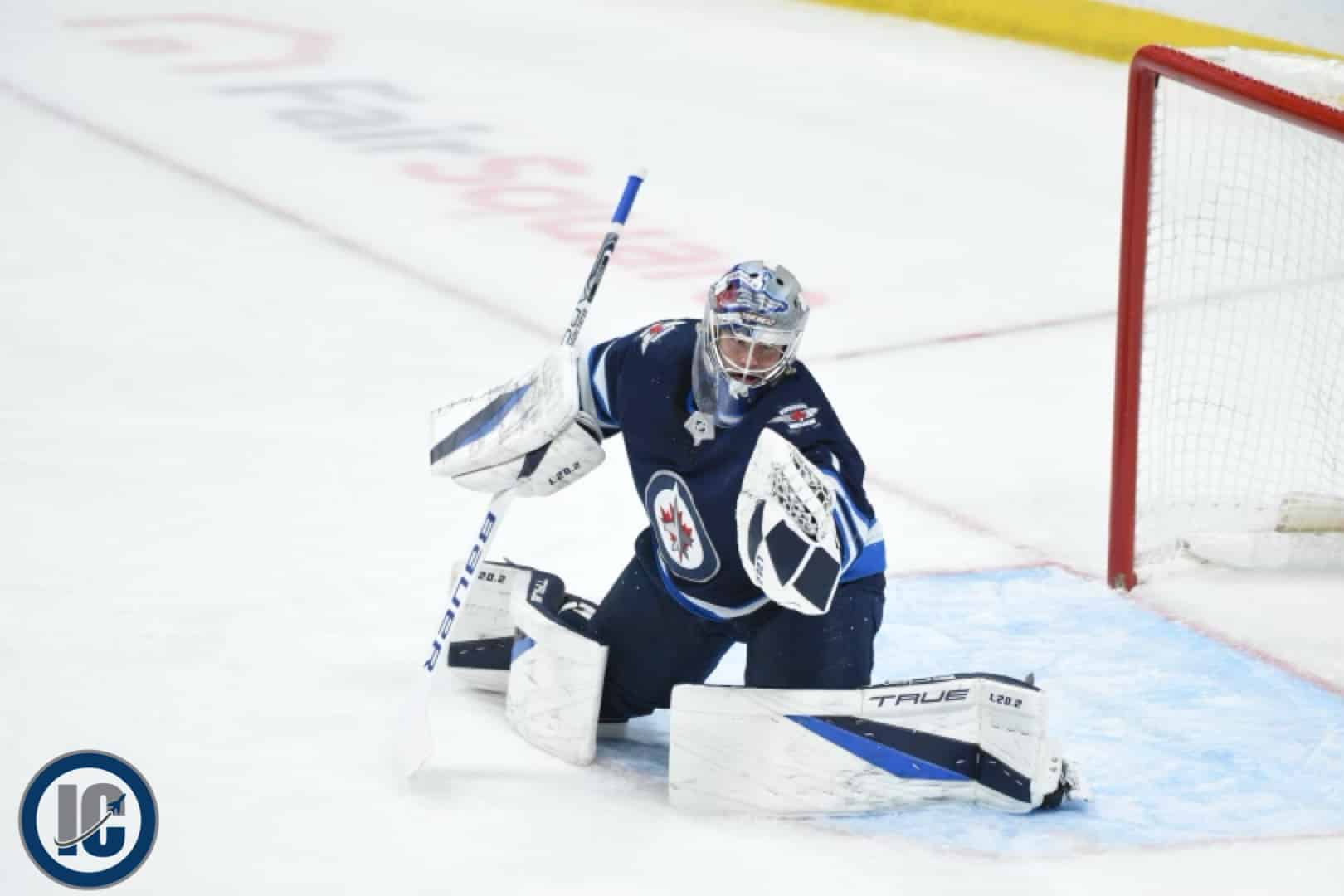 The Athletic Winnipeg: On Patrik Laine’s Winnipeg return and what it might take for Jets to build their next great team. It was a momentous occasion on Friday and Murat does a solid job with the return of Laine to Winnipeg and more.

Sportsnet: Ehlers continues to be driving force of Jets offence as he spoils Laine’s return. Just imagine if he doesn’t get that knee-on-knee hit by Orlov in mid December how different things might look for this Jets club.