Note: The Jets needed a win last night after coming up short on Friday and despite allowing Columbus to tie the game and send it to extra time they picked up a critical two points. It was an emotional night with the return of Patrik Laine, Jack Roslovic and assistant coach Pascal Vincent. Winnipeg is off today.

Note II: The Moose were in tough last night to a very good Wolves team in Chicago. They began the contest by giving up two goals but stormed back with three straight to take a 3-2 lead into the final frame. However the home side tied the game to send it to extra time where the Wolves pulled off the win very late in OT. Manitoba will conclude this seven game homestand against the IceHogs in Rockford.

Note III: Be sure to join us on the Illegal Curve Hockey Show today at 9:00 am CT on our YouTube channel and social media platforms. Guests include Mike McIntyre (Winnipeg Free Press) and Craig Button (TSN).

The Athletic Winnipeg: On Patrik Laine’s Winnipeg return and what it might take for Jets to build their next great team.

Sportsnet: Ehlers continues to be driving force of Jets offence as he spoils Laine’s return. 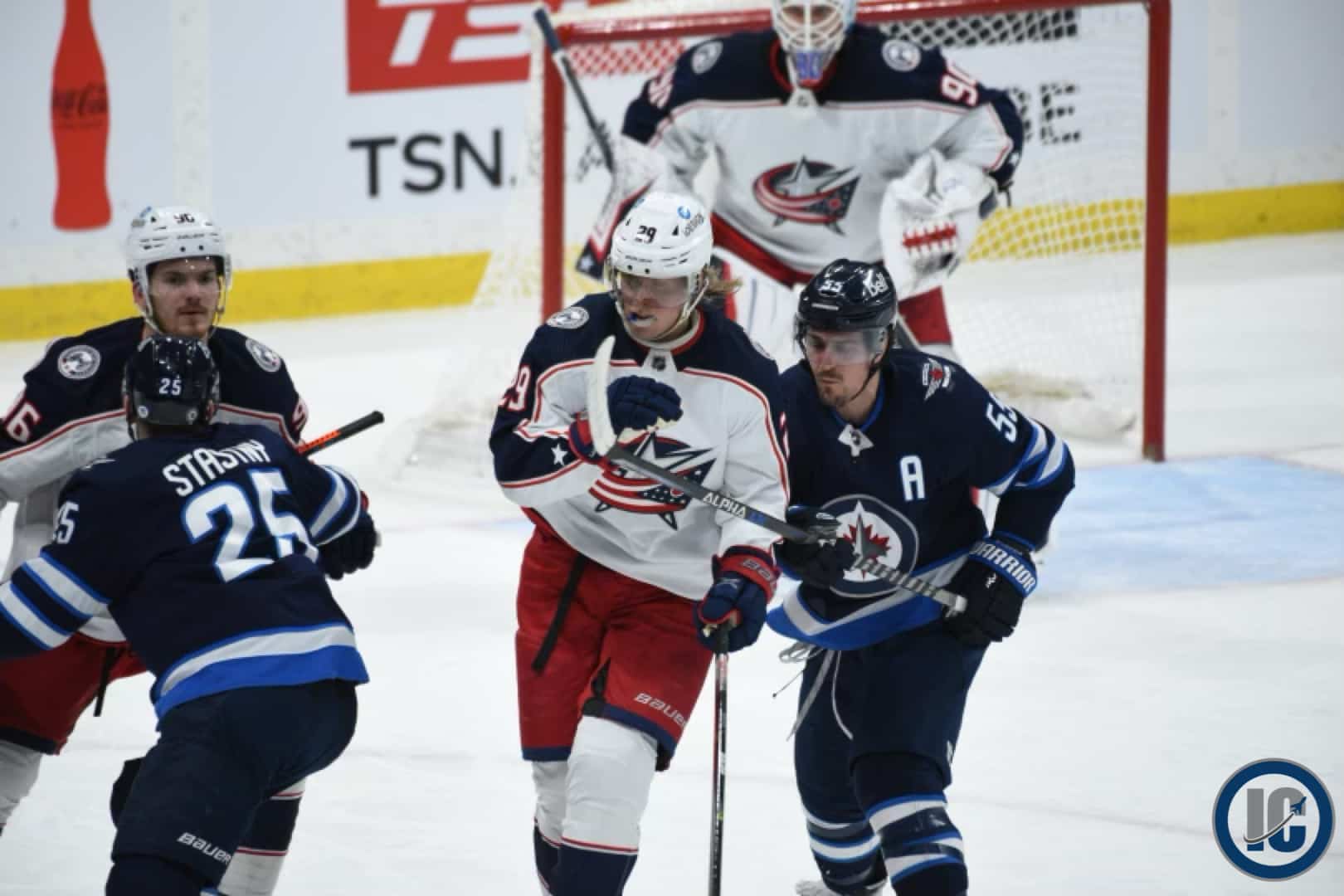 Winnipeg Free Press: Laine’s chapter in Winnipeg should have been a book. (Paywall).