Note: After an incredibly busy Trade Deadline day on Monday the game we got on Tuesday seemed rather ho hum although the home team did pull off an improbable 4-0 win for the Jets. Today they will have an optional practice at 12 noon and check back later for the Practice Report.

Note II: The Moose are gonna put their nine-game points streak on the line when they head into Rockford to take on the IceHogs. Puck drop is at 7 PM.

Sportsnet: As the playoff push ramps up, Hellebuyck changes what the Jets believe is possible. How many times did we see laissez-faire plays in the Jets zone which resulted in quality scoring chances? Winnipeg really needs to tighten things up as a collective group if they want to make a real push.

Winnipeg Sun: Hellebuyck steals one, keeps Jets in the mix. That was vintage 37 last night and the team will have to hope the Jets top goalie stays in that zone when he next takes to the ice. 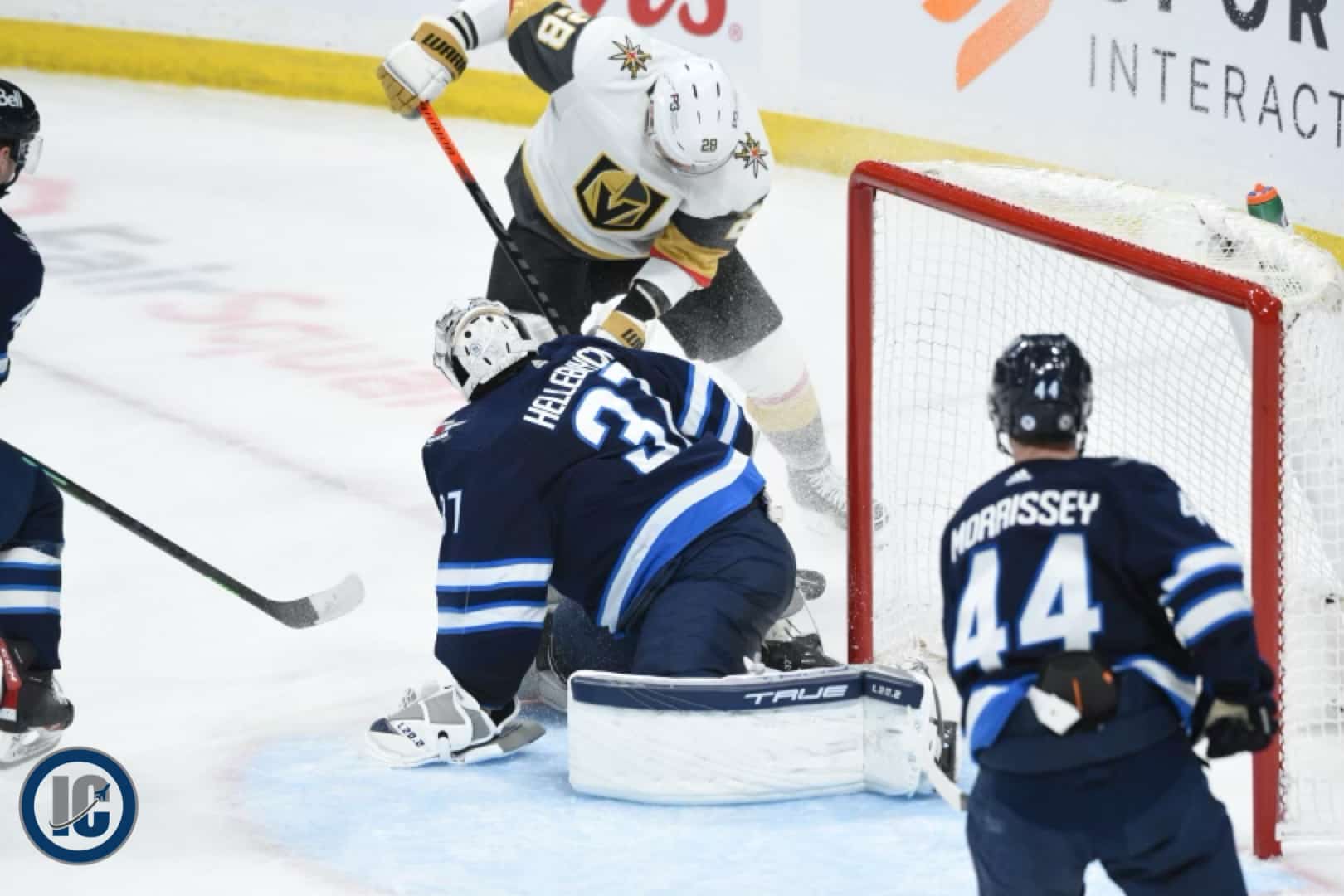 Winnipeg Sun: ‘It’s just like you were on vacation’: Appleton, Sanford get on board for Jets’ run. Considering both are coming from teams with zero percent chance of making the playoffs, while the Jets chances are significantly better they are at least in the running which should give these two some jump.

Winnipeg Sun: Trades not a sign of surrender: Jets captain. I actually found what he had to say rather pragmatic and accurate. They made the moves they had to do and didn’t make moves in other areas where there wasn’t as great a need.

Winnipeg Free Press: Hellebuyck’s 42-save shutout backstops Jets to 4-0 win over Golden Knights. (Paywall). I said it last night and I meant it. Had I been picking three Stars I would have given Hellebuyck all three stars because unlike his teammates he played a full 60 minutes. Mike recaps the action.

Las Vegas Review Journal: 3 takeaways from Golden Knights’ loss: absolute zeros. Read all about the game from the perspective of a writer that covers the Jets opponent.

TSN: Button calls out Jets for their slow start, says Hellebuyck ‘bailed them out’.  After being outshot 17-4 in the first period, TSN’s Craig Button discusses the Jets’ slow start to the game, and explains how Connor Hellebuyck “single-handedly” kept the team in it against the Knights and eventually led Winnipeg to victory. Button also explains what stood out to him about Nikolaj Ehlers’ performance in the Jets’ win.

Illegal Curve Hockey: Trade Deadline recap special. Following the Jets win over the Knights we reflected back on an incredibly busy day for the Jets starting with the Appleton trade, hitting the midpoint around the Copp news and then ending with the Kristian Reichel extension.