Note: Today is the NHL Trade Deadline with all transactions needing to be completed by 2 PM CT this afternoon. We’ve got a handy one-stop shot for all the moves the Jets make today here.

Note II: The Jets also played a hockey game on Sunday night before all the trades and speculation got underway including the NHL debut by undrafted forward Jeff Malott who signed an NHL deal with Winnipeg last summer. The kicked off their game against the Hawks in Chicago with a solid start courtesy of a Nikolaj Ehlers goal. Pair of Hawks goals early in the 2nd made it look like it was going to be a long evening but Winnipeg answered back with four straight goals (including two by Jansen Harkins) to re-gain a 5-2 lead after 40. The game got a wee bit closer before the Jets put it away courtesy of a Blake Wheeler empty netter to seal the win 6-4 for the visitors. The Jets return to Winnipeg where they will kick off four straight at home starting with a re-match from last week with the Golden Knights.

Note III: The Moose got going a few hours before the Jets when they took on the Wild in Iowa on Sunday afternoon. Manitoba had a slow start which burned them as Iowa held a 2-0 lead through 39 minutes of the game but CJ Suess chipped away courtesy of this goal to put Manitoba down 2-1 after 40 minutes. Mikey Eyssimont scored his 12th of the year with just under five to go in the 3rd which tied it up and forced OT. Arvid Holm stopped all three shots he faced including this one and then Eyssimont scored this silky smooth game-winning goal to end it. It wasn’t all good news for Manitoba as Jets 2018 5th rounder Declan Chisholm appeared to get slew-footed at the end of the 3rd period. He had to be helped off and there was no update following the game. Their point streak is now at 9 games (7-0-1-1) and they improve to 34-17-3-2 on the season. They travel today before taking on the Icehogs in Rockford.

Sportsnet: Jets mull bigger moves at deadline after bringing Appleton back into fold. As they said on the Simpsons “That’s it, back to Winnipeg” and Mason Appleton will return to Winnipeg where he was drafted and developed. Ken also looks at what other moves that Jets GM Kevin Cheveldayoff may be contemplating. 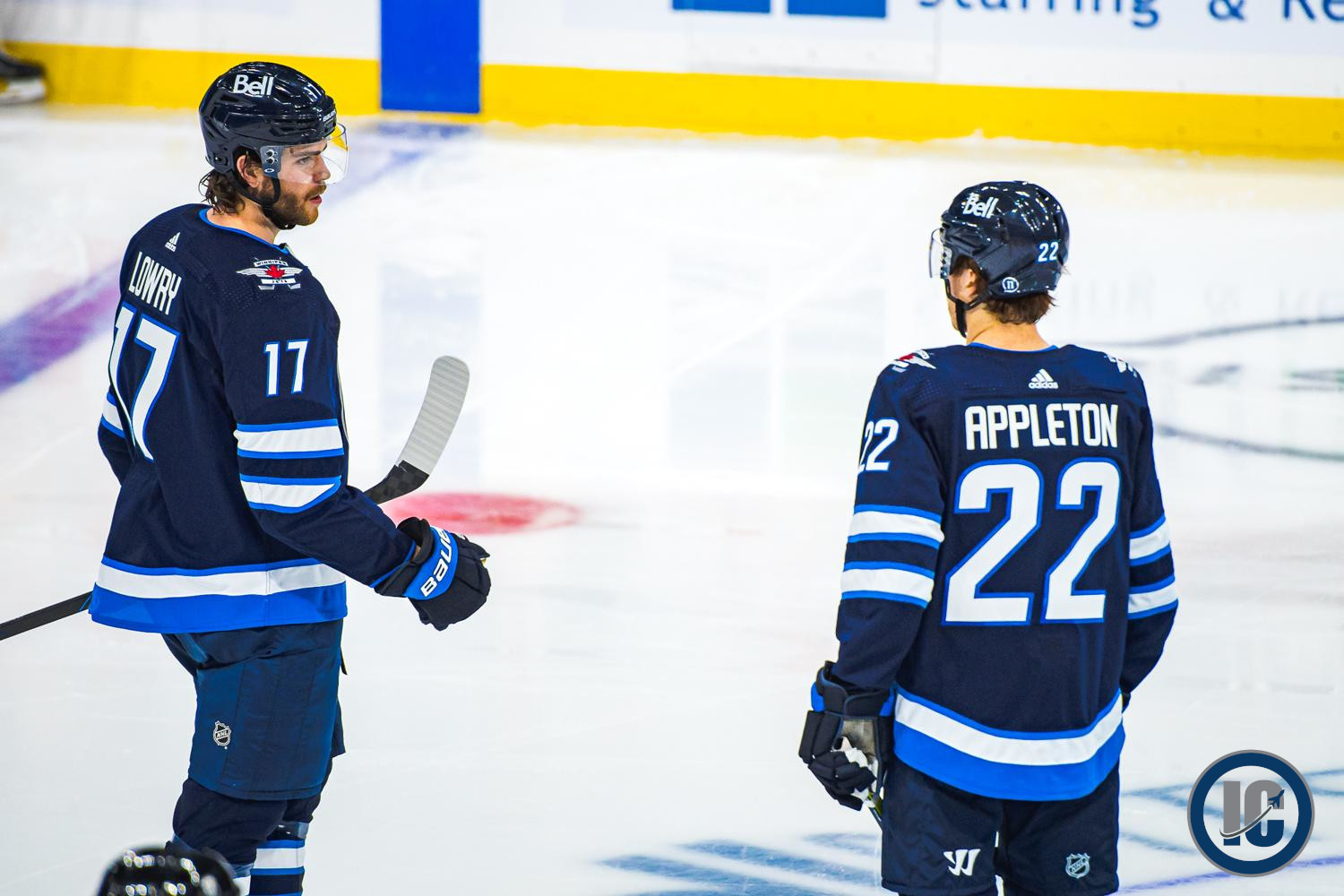 Winnipeg Free Press: Jets still in precarious position after beating Blackhawks. (Paywall). This isn’t a short hill, it is a tall mountain to climb, in order to truly get back into the lineup for the Jets.

Winnipeg Free Press: Jets play it cool as trade deadline nears. (Paywall).  I think many folks, including yours truly, were a bit surprised that they didn’t go 11/7 in order to have some “asset management”. While we hear reports like Frank’s (above) it isn’t clear the direction the organization will take today.

Chicago Sun-Times: Goalie Marc-Andre Fleury and other trade candidates play in Blackhawks’ loss to Jets. Read about the game from the perspective of a writer that covers the Jets opponent.

The Athletic Winnipeg: Jets trade deadline 2.0: What I’m hearing about Andrew Copp, Paul Stastny, and more. (Paywall). Lots to glean from Murat’s latest ahead of the trade deadline on Monday. Some very interesting scenarios.

TSN: Button: Ehlers’ ‘dynamic skating ability’ gives Jets boost when he’s on. Nikolaj Ehlers has now scored a goal in four straight games and his output is helping his team immensely during a crucial part of the season. TSN Director of Scouting Craig Button explains the ‘significant dynamic’ Ehlers gives Winnipeg and discusses Jansen Harkins’ role on the team after a two-goal effort against the Blackhawks.

Illegal Curve Post-Game Show: Jets vs Hawks. While the podcast from last night would normally be focused on the game in Illinois we spent quite a bit of time to discussing Mason Appleton being reacquired by the Jets.

Illegal Curve Hockey Show: Saturday show. Lots discussed on Saturday’s show including a recap of the Jets loss to the Bruins, plans for Winnipeg ahead of the Trade Deadline, whether they should start Comrie or Hellebuyck against the Hawks and the comments made post-game by Boston coach Bruce Cassidy about Jets D. Guests were Scott Billeck of the Winnipeg Sun and Frank Seravalli of Daily Faceoff.