Note: The Jets were needing a clean win last night or at minimum two points in extra time or the shootout but instead they found themselves on the short end of the stick after Jason Robertson buried his third goal of the game in OT to give Dallas a 4-3 win. While they’ll take the point in the standings they cannot afford to be leaving points on the table, especially not against a division rival like the Stars who they are currently by seven points. About the only positive for the Jets is that Minnesota (3-7-0) and Nashville (3-6-1) are sliding although they have banked more points so can afford to weather this for a bit longer. The Jets were scheduled to practice today but have cancelled. They are back tomorrow when they face the Rangers.

Note II: The Moose got a big boost when the clock struck 1 PM CST on Friday as the news came out that Austin Poganski had cleared waivers. For a Manitoba club that is firing right now adding more offence can only help out this top AHL club. Today they have an afternoon re-match with the IceHogs as they go for the series sweep. Puck drop is at 2 PM.

Note III: When the Jets got Ehlers back they needed to make some moves to get cap compliant so they moved Cole Perfetti and Kristian Reichel to LTIR.

Note IV: Be sure to join us on the Illegal Curve Hockey Show today at 9:00 am CST on our YouTube channel and social media platforms.  Guests will be Jeff Hamilton (Winnipeg Free Press) and Marty Biron (Retired NHL goalie. Sabres studio analyst for MSG and The Instigators on TSN-RDS).

TSN: Countdown to TradeCentre: Will the Jets stand pat?. That’s the $64,000.00* dollar question. (needs to be adjusted for inflation).

Sportsnet: By failing to earn OT win yet again, Jets have sabotaged playoff hopes. The joy is gone in Jetsland right now. They are gonna have to have big games against two tough opponents in New York and Tampa over the next few days.

Winnipeg Sun: Young sniper leads Stars past Jets. The 39th overall pick from 2017 has been scorching hot this season for Dallas and if the draft was held all over again could be a top 5 selection.

Winnipeg Free Press: Jets miss chance to gain ground on Stars in 4-3 OT loss. (Paywall). Last night’s game can only be described as a point lost vs a point gained.

Winnipeg Free Press: Jets’ underwhelming season hasn’t been all doom and gloom. (Paywall).  Mike put on his optimist hat for this column although somewhat surprisingly to me he didn’t mention Kyle Connor, who alongside Pierre-Luc Dubois, have been the two brightest spots for this Jets franchise this season. The Josh Morrissey turnaround would probably be third for me. 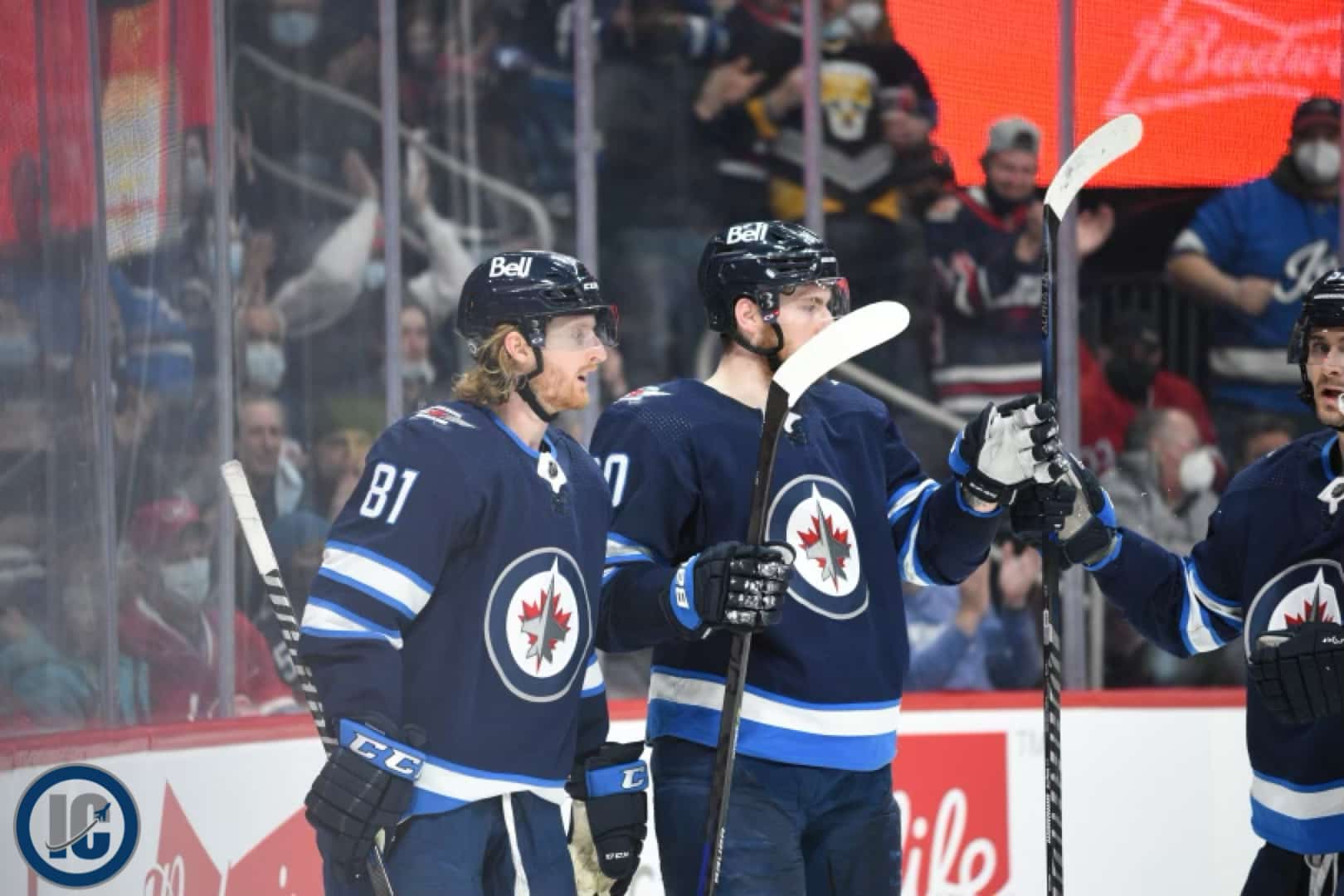 Dallas Morning News: Jason Robertson shows he’s among best young NHL players with hat trick, OT goal in 100th game. Giving up hat tricks to the opposition in back-to-back games is less than ideal. Read about the game from a writer that covers the Jets opponent.

TSN: Dubois delivering in second season with Jets. While it hasn’t been a banner season for the local NHL club there have certainly been some very bright spots and Dubois alongside Kyle Connor have been the two brightest by a mile. Travis has more on what Dubois has been able to do this season in Winnipeg.

The Athletic: Jets GM Kevin Cheveldayoff on the trade deadline and the playoff push — ‘We’re comfortable with this group’. (Paywall). We shall see the truth in those words over the next three weeks. LeBrun had a one on one chat with the Jets GM.

TSN: Jets let one slip away against Stars. TSN’s Dennis Beyak is joined by Kevin Sawyer, who explained what he saw in Winnipeg’s tough loss to the Stars, where it appeared the Jets had plenty of chances.

TSN: Nikolaj Ehlers chats his “weird hockey style” with Jesse Pollock of Bardown. When you think of weird hockey style, Winnipeg Jets forward Nikolaj Ehlers’ name probably isn’t the first one that comes to mind. But maybe it should be? In case you didn’t already know, the Danish star isn’t your average player when it comes to style. Do you use any of his tricks? Jesse had a chance to chat with him and learned a whole lot about one of his favourite players.