Note: The Jets practiced in Philly on Monday and while we now know Josh Morrissey will be a player after joining the team from protocol it is not certain as to the status of Dylan DeMelo who appears to be a question mark as the team evaluates the benefits of letting him heal for another seven days. Morning skate gets underway at 10:30 AM CST so check back for our pre-game report to get the full 411 ahead of the game and following the final buzzer we want you to join the conversation on the Illegal Curve Post-Game Show.

Note II: The Moose were off on Monday following their weekend series with the Canucks. They are back on the ice today for practice as they prepare for their upcoming games against the Stars this weekend in Winnipeg which will conclude the six-game homestand.

Note III: Reminder that tonight is the last time the Jets will have a taxi squad as it is set to dissolve after the game against the Flyers.

Winnipeg Sun:  Jets look to roll into all-star break on winning note. Gonna be a big game tonight in Philly for the Jets and Scott gets you set up ahead of the action.

Winnipeg Sun: Jets left a lot to be desired in first half, face daunting task in second. With the local NHL club past the midpoint of the season it gave Scott a chance to reflect on the first 41 games of the Jets.

Winnipeg Free Press: Connor pumped to showcase his talents in Las Vegas. (Paywall). He seemed less than enthused during his media availability but it should still be a good experience for the 2015 1st rounder to gain some national exposure.

Winnipeg Free Press: If Jets can find a way to do what they say, they’ll win. (Paywall). Play the way they did against the Penguins (except for that small lapse) and against the Blues on Saturday and they have themselves a solid template for success.

Sportsnet: Trailing in the playoff race, will Cheveldayoff buy or sell? You had questions and Wieber tries to provide answers in his latest installment of his mailbag. Discusses idea of Jets being buyers or sellers at trade deadline, if they’d try to retool/rebuild, Lundell vs Perfetti, signing Pierre-Luc Dubois with lure of playing alongside Kyle Connor for years to come, making space on backend for prospects, plan for Ville Heinola, potential Jets interest in Jakob Chychrun and what is happening with Evgeni Svechnikov 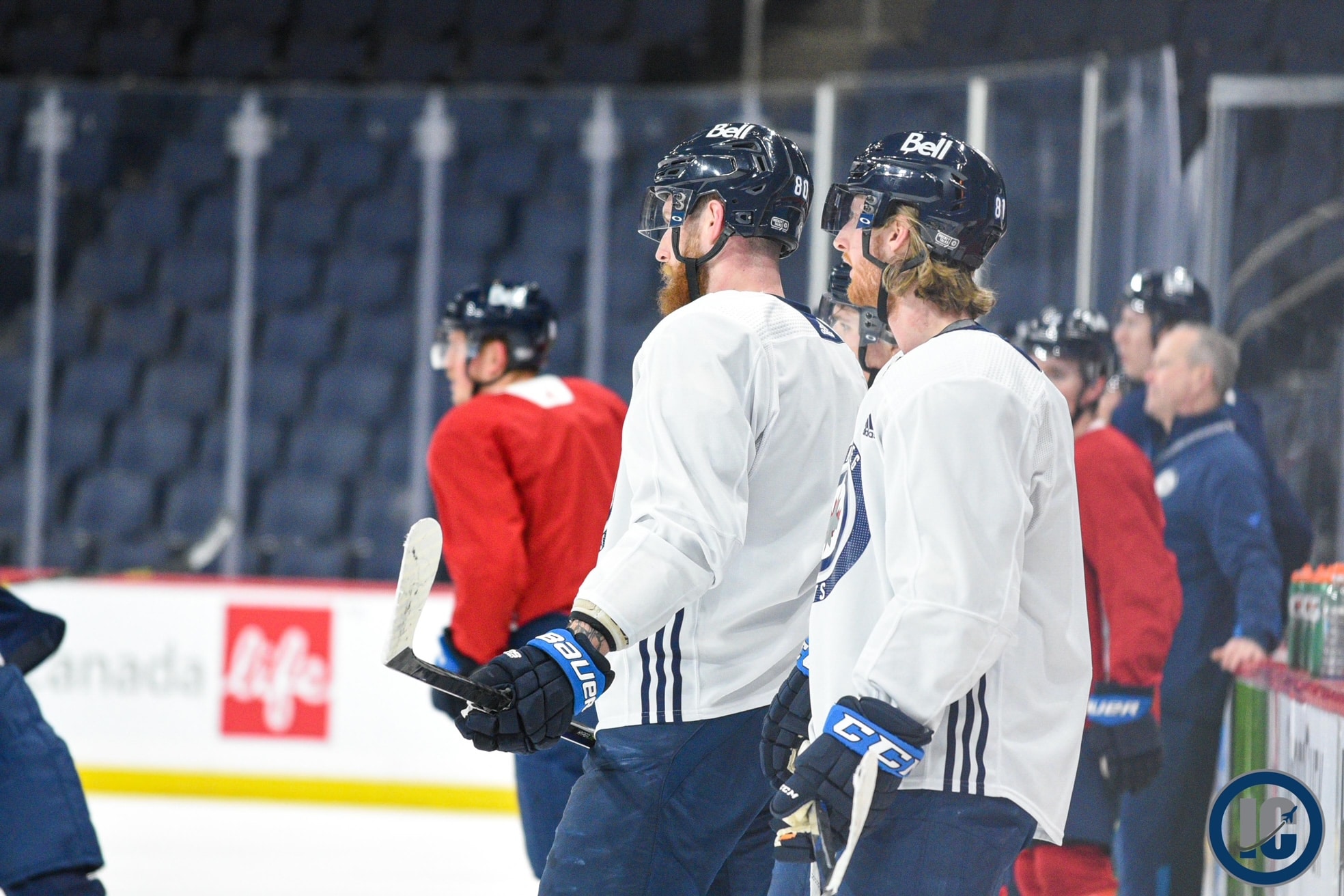 The Athletic Winnipeg: Mark Scheifele concerns, Andrew Copp’s trade value and Jets forwards’ defensive struggles: Mailbag. (Paywall). It must be mailbag time as Murat also put out his answers to your queries.

The Athletic: Wheeler’s 2022 NHL prospect pool rankings: No. 11 Winnipeg Jets. Have to say I am a bit surprised 2018 3rd rounder Nathan Smith isn’t on this list given he is leading the NCAA in scoring.

Reminder that the Winnipeg Jets taxi squad will be dissolved after game vs Flyers
Game 42: Jets vs Flyers pre-game report