Note: It was chaos yesterday (see note II below) in Jets land and somehow they had a game to play. It got off to a rocky start and they just couldn’t keep up with the pace that the Panthers set which ultimately led to them losing 5-3, which is their fifth straight loss (0-3-2). Today they are scheduled to practice as they prepare for the Canucks tomorrow night. Stay tuned for the Jets Practice Report.

Note II: Jets announced yesterday that Dominic Toninato and assistant coach Charlie Huddy had been placed into NHL’s COVID-19 protocols. There was some talk it may have been a false positive for Toninato but turned out to in fact be positive so he will remain in covid protocol. Just before puck drop they added Josh Morrissey to the mix as was put into protocol.

Note III: We did get a health update on Tuesday from interim head coach Dave Lowry with respect to Jets 2018 2nd rounder David Gustafsson who he indicated “is coming along but he’s not close to being a player”.

Note IV: The Moose were off on Tuesday but there was some news related to the team as they had defenceman Johnny Kovacevic reassigned to the taxi squad while they got back goalie Arvid Holm and forward Mikey Eyssimont from said taxi squad. Today Manitoba is scheduled to hit the ice for practice after two days off as they prepare to face Abbotsford (Canucks farm team) for the first time ever this weekend.

Sportsnet: Notice has been served: Cole Perfetti has arrived for the Winnipeg Jets. It has been clear to those who have followed his progression in the AHL that his high level of hockey intelligence would allow him to be able to adjust to the game at the NHL level as we saw him do last season. While his speed may be his limiting factor his hockey brain more than makes up for it as we have seen throughout his first nine games.

Winnipeg Sun: Road-weary Jets no match for red-hot Panthers. Scott recaps the contest from his perspective inside Canada Life Centre.

Winnipeg Sun: Hockey Talks, Project 11 helping it be OK to not be OK. The work that Project 11 does it very worthwhile helping kids in this province.

Winnipeg Free Press: Jets winless streak reaches five as Morrissey placed in COVID protocol. (Paywall). Mike also provides a recap of the game from his spot in the pressbox.

Winnipeg Free Press: Lack of scoring from Jets bottom-six forwards holding team back. (Paywall). This team has two players who are overperforming and that is Pierre-Luc Dubois and Kyle Connor. They need way more balance in their scoring and need way more production from the rest of the squad. 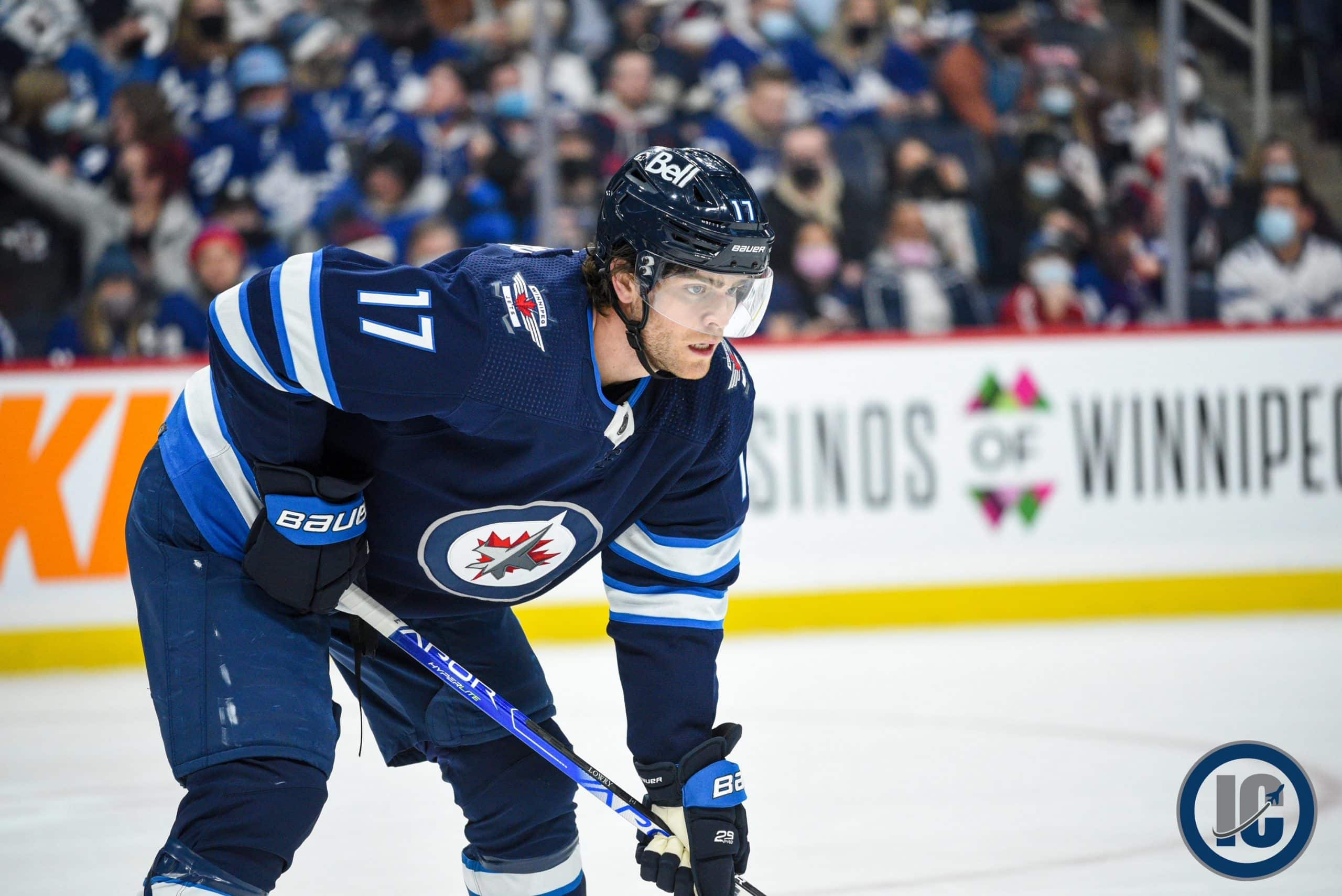