Note: While it wasn’t quite as newsworthy as the day prior the Practice Report from yesterday was still quite informative. We learned that Dylan DeMelo is a game-time decision, Jets 2017 2nd rounder Dylan Samberg is expected to make his NHL debut while 2018 5th rounder Declan Chisholm could also make NHL debut (depending on DeMelo) and 2020 1st rounder Cole Perfetti will stay on top line with Connor and Dubois. There are still plenty of lineup question marks so be sure to check back for our pre-game report to get the full 411. Puck drop is at 6:30 PM and following the final buzzer we want you to join the conversation on the Illegal Curve Post-Game Show.

Note III: The Moose had a wild start to their game day on Wednesday as they had to place five players into covid protocol ahead of their game against the Admirals in Milwaukee. Once the puck dropped it was Manitoba which seemed to control play for most of the opening 30 minutes including outshooting the home side 22-8. Eventually they scored courtesy of Luke Johnson opening the scoring and finished it off with an Austin Poganski empty netter to give the visitors a 2-0 win. Mikhail Berdin picked up his third shutout of the season in his first game since mid December. The win improves Manitoba to 19-9-1-1 on the season and they are 5-0-0-1 in their last six games. Today they travel to Michigan where they will face Grand Rapids in a pair of games this weekend.

Winnipeg Free Press: Connor the quiet superstar. (Paywall). Just a fantastic article by Jay on the high-flying winger from Michigan. 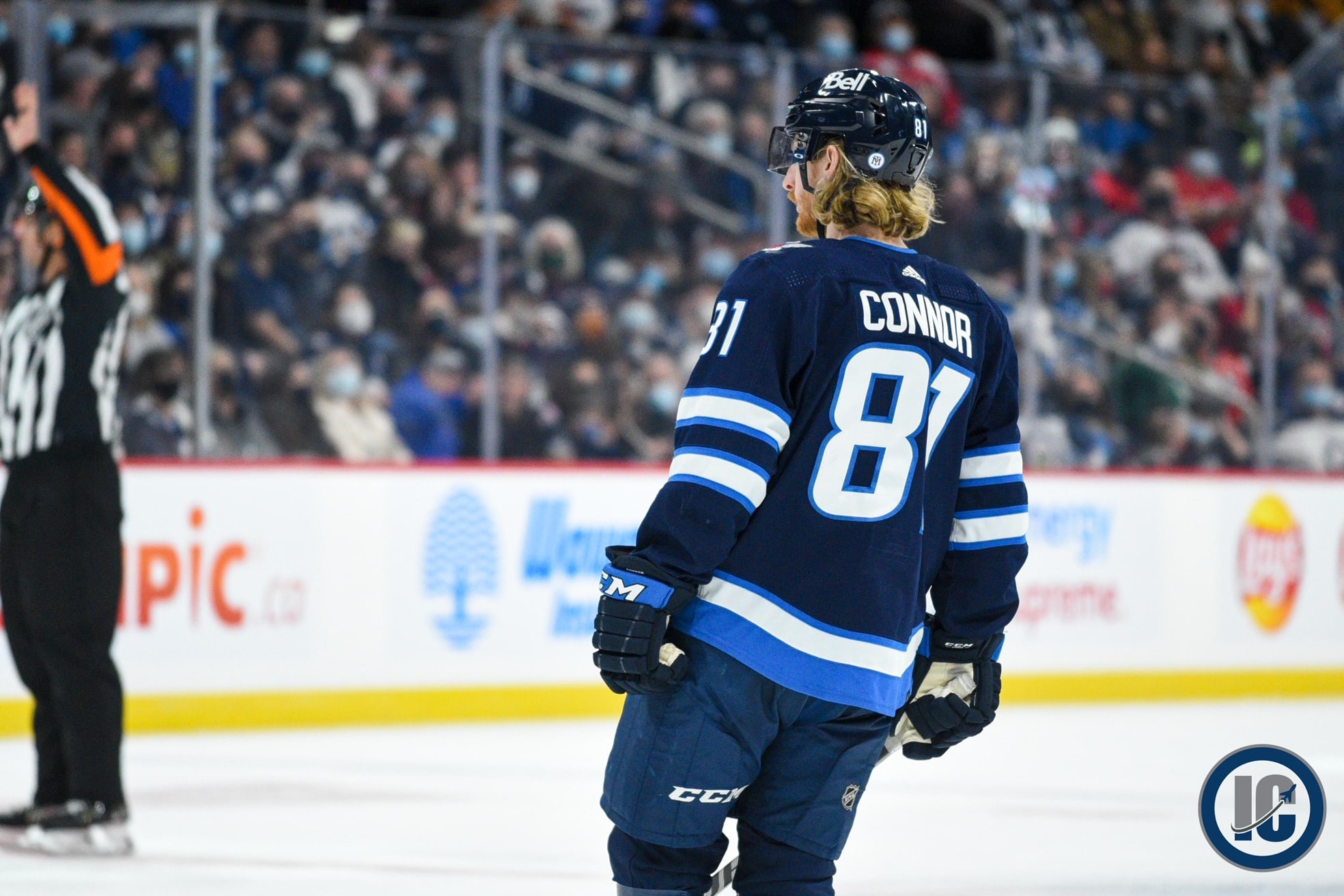 Winnipeg Free Press: Jets revving up their engines. (Paywall). There is still plenty of runway left in this season and with the Jets heading out on the road they need to start accumulating points for their standings bank.

Global News: Weekly segment with John Shannon on the Jets. After a quiet last few weeks for the Winnipeg Jets, things will begin to ramp up again. It’s expected to be a busy Jets schedule going forward but could it negatively impact the team in their push for a playoff spot?

TSN: COVID uncertainty could see Jets rookies make NHL debuts. Jets defenceman Dylan DeMelo is out of quarantine and flying from Denver to Detroit, and is a game-time decision for Thursday’s contest against the Red Wings. Jansen Harkins is already in Motor City, and is also game-time decision. With some roster uncertainty, the plan is for Cole Perfetti to start on Pierre-Luc Dubois’ line, and depending on DeMelo’s status, Declan Chisholm and Dylan Samberg could make their NHL debuts.

Sportsnet: Morrissey and Jets not stressed about any competitive disadvantage after week off. Jets defenceman Josh Morrisey talks about having a week off with several games postponed, reflecting on how the team can’t feel sorry for themselves with this being the reality over the last two years and how the Jets should be ready to go.

Global News weekly segment with John Shannon on the Winnipeg Jets
Winnipeg Jets Transaction Report: Five moves made ahead of games vs Wings