Note: The Jets were back on the ice on Thursday for what feels like their one millionth practice in a row as they continue to prepare for their next scheduled game which is set to be on Sunday in Vegas against the Golden Knights. The team anticipates having Andrew Copp back in the fold as he is out of covid19 protocol and continued to practice when he was in Michigan. Today they are scheduled to practice at 11 AM. Stay tuned for the Practice Report for all the latest news.

Note II: The Moose were off the ice yesterday but are scheduled to practice today as they prepare for their first game in awhile when they take on the Wild here in Winnipeg on Sunday afternoon. They are slated to hit the ice at 10:30 AM.

CJOB: Recapping the 5 biggest Jets stories of 2021. Kenny looks back on the year that was and his five biggest stories were: 1) Blockbuster trade with Columbus. 2) Jets sweep Oilers. 3) Habs sweep Jets. 4) Jets acquire Schmidt and Dillon. 5) Paul Maurice resigns.

The Athletic Winnipeg: Questions for Murat’s mom, the Jets’ trade deadline plans and a Bryan Little update: Jets mailbag. (Paywall). Folks had questions and Murat as well as his mom have answers in his latest mailbag.

Winnipeg Sun: Superman and the dogsledder: the good and bad of Jets Christmas. Talk about a tale of two cities.

Winnipeg Sun: ‘Brutal’: cancelled World Juniors a teenaged wasteland. Brutal is an understatement given how much these kids gave up to go to Alberta, miss the holidays with family only to have to return home without having achieved any of their goals.

Winnipeg Free Press: A tale of two Christmases. (Paywall). Just a brutal situation for the 2017 1st rounder and his family.

Winnipeg Free Press: Time is on the Jets’ side. (Paywall). While the layoff hasn’t been ideal the time off has allowed for both practice and healing.

Global News: Pierre-Luc Dubois and Kristian Vesalainen of the Winnipeg Jets: A Tale of Two Christmases. Me thinks that headline is gonna get a workout across the papers and sites.

Sportsnet: 3 bold Jets predictions for 2022: Dubois earns a big deal, Connor wins a trophy.  Ken closing out 2021 with a look ahead to 2022 and his article lays out three predictions for next year including: 1) Dubois will sign the richest contract in Jets 2.0 franchise history. 2) Kyle Connor will win the Rocket Richard Trophy and 3) Dave Lowry will have the interim label removed and become the next head coach. 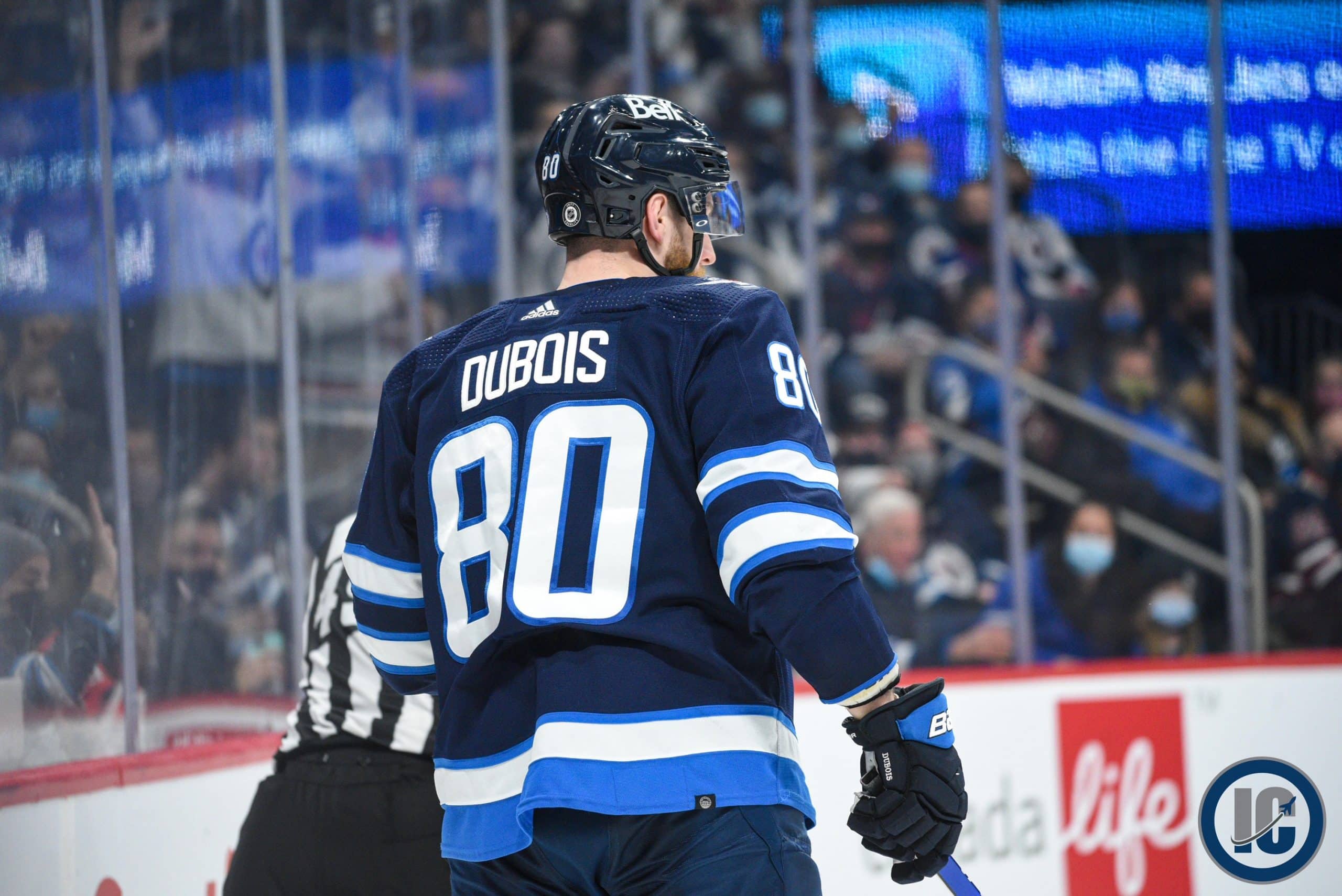 TSN: Jets eager to shake off the rust and get back to playing NHL games. Pierre-Luc Dubois says he doesn’t remember the last time he’s practiced this much before a game, and he’s eager to get back to competing against other teams once the Jets make their return from the COVID pause on Jan. 2 against the Golden Knights. Kristian Vesalainen also shares his frustrations with the NHL’s COVID protocols.

Sportsnet: Lowry on why Jets were lucky to have practice time during break. Dave Lowry discusses why the gap in action helped the Winnipeg Jets with practice time and how they’re preparing for games in the new year.

Winnipeg Jets interim head coach Dave Lowry anticipates Andrew Copp will be a player against Vegas
Winnipeg Jets reassign Cole Perfetti from the Moose to the taxi squad; will go on road trip