Note II: While there was plenty of focus off the ice yesterday the team did play and lose a game last night at Canada Life Centre by a final score of 5-2 to a shorthanded Capitals squad. They are scheduled to practice today at 12 noon so stay tuned for our Practice Report.

Note III: For just the second time this season the Moose have lost back to back games as they fell 4-1 to the Wild last night in Iowa during this five-game road trip which has begun with a three games in three days stretch. Tonight would be the final game of that first stretch in a re-match with the Wild. Puck drop is at 6 pm. (Update: The Moose game was postponed (in fact all games are until December 22nd) and the team returned home due to covid protocols and concerns related to travel).

Note IV: Be sure to join us on the Illegal Curve Hockey Show today at 9:00 am CT on our YouTube channel and social media platforms. Guests include Scott Billeck of the Winnipeg Sun and Chris Johnston of the Toronto Star.

Sportsnet: Dave Lowry looking to make most of long-awaited opportunity with Jets. Ken delves into the next big topic around Winnipeg now as the reality of Paul Maurice’s resignation becomes yesterday’s news (literally).

Winnipeg Sun: Rarely a dull moment: Jets Maurice as quotable as they come. Whether it was the early years of Claude Noel or the last almost decade of Paul Maurice the bench bosses in this city haven’t lacked the ability to spin a yarn or provide a great quote.

Winnipeg Sun: Lowry era begins with loss as Jets fall to Caps, drop third straight. With all the insanity of the day it was easy to lose focus and forget a hockey game had to be played last night.

Winnipeg Sun: Whirlwind 24 hours for new Jets coach. Which is why the timing of the decision is so curious. They had two days of nothing but practice scheduled for the two days preceding the decision.

Winnipeg Sun: Maurice fires himself, saving Jets brass the tough decision. In terms of sports it is a highly unusual way to see one’s self out the door.

Washington Post: Vitek Vanecek pulls out just about all the stops, lifts Capitals over Jets. Always good to read about the game from the perspective of a writer who covers the Jets opponent. 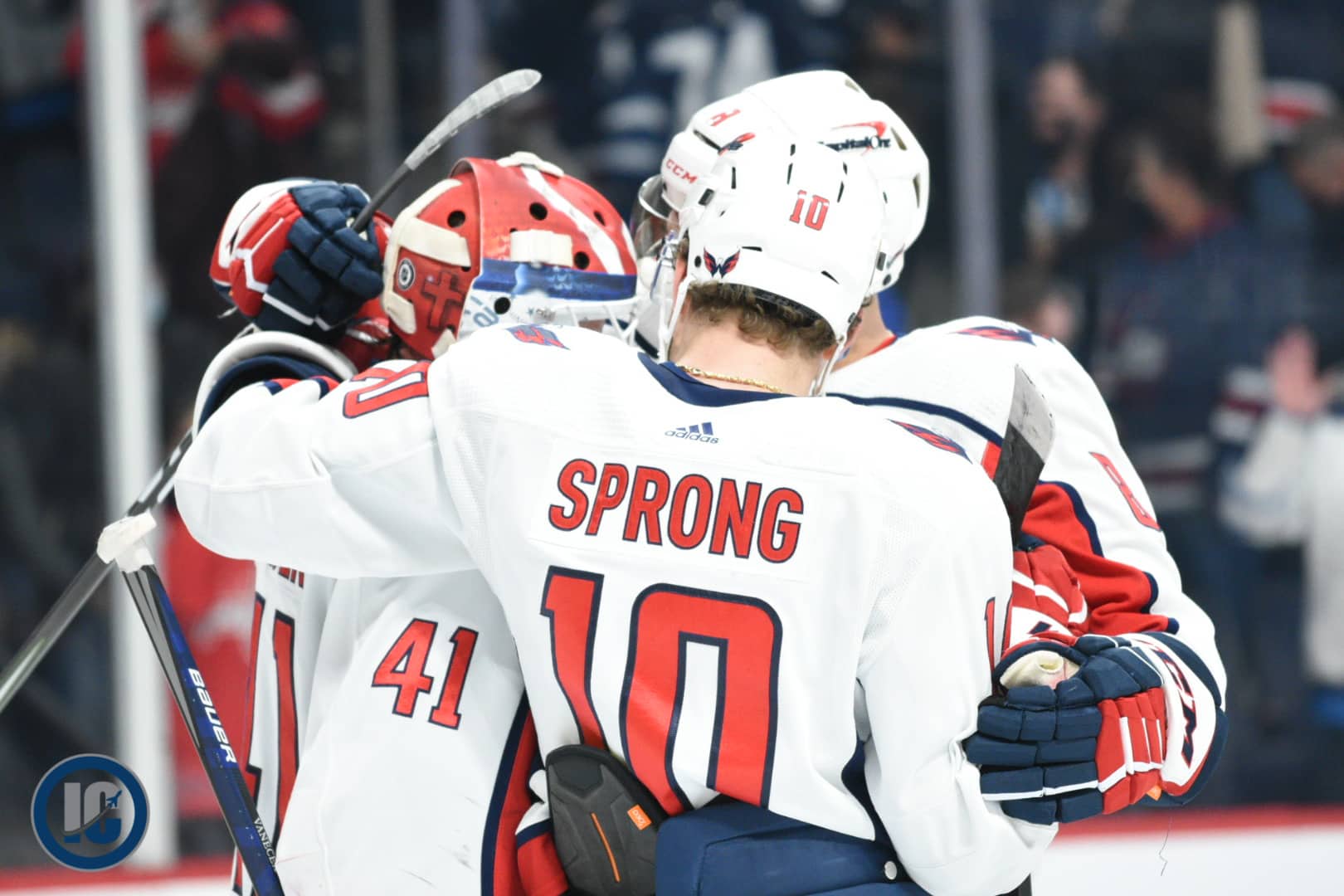 Winnipeg Free Press: Jets fall to Capitals 5-2 in Lowry’s debut behind bench. (Paywall). There was still a hockey game to be played and Jay provides the recap.

Winnipeg Free Press: Maurice will be missed at the rink and in the community. (Paywall). He was definitely an ambassador for the city of Winnipeg.

Winnipeg Free Press: ‘It was a selfless act’. (Paywall). If he did in fact ‘take one for the team’ the truth is there really isn’t anywhere else for the players to look but inward at this point since the change can only come from within.

The Athletic Winnipeg: Paul Maurice leaves his mark in Winnipeg even as he recognizes Jets need a change: ‘I’m cheering for them’. (Paywall). You cannot have been in this market for as long as he was and not have an impact.

Sportsnet: Without question, Paul Maurice made the Winnipeg Jets a better team. Ken gives you his thoughts on the Maurice era in Winnipeg.

Sportsnet: Jets players grateful for Maurice’s guidance, mentorship. He is certainly regarded as a players coach and for many of the players on the Winnipeg Jets he is the only one they’ve known at the NHL level.

Winnipeg Sun: Reacting to Paul Maurice resigning as Jets coach. Paul Friesen and Scott Billeck react to the bombshell news that Paul Maurice had resigned as Winnipeg Jets coach on Friday, Dec. 17, 2021, after eight years at the helm.

Sportsnet: Jets sped up their game under Lowry, showed improvement against Capitals. Sean Reynolds and Ken Wiebe discuss how the Jets delivered a strong performance the same day the team lost their long-time coach Paul Maurice in a losing effort against the Washington Capitals.

Sportsnet: Did anyone see Paul Maurice’s resignation coming? Faizal Khamisa and Ken Wiebe discuss the resignation of Paul Maurice as head coach of the Jets, his legacy in Winnipeg and how the team carries on for the remainder of the season.

Sportsnet: Can fresh presence behind bench rejuvenate Jets roster? Sean Reynolds and Ken Wiebe discuss the factors that led to Paul Maurice resigning as bench boss of the Jets and what Dave Lowry brings to the team as interim coach.

TSN: How will Maurice’s exit effect the Jets moving forward? We saw what a coaching change in Vancouver did for the Canucks, but can Paul Maurice stepping away from the Jets have the same effect? That’s Hockey weighs in.

TSN: You have to respect Maurice for knowing it was time to step away. Paul Maurice did something very few coaches in the NHL get to do when he resigned from the Winnipeg Jets, and that is leave on his own terms. TSN Hockey analyst Mike Johnson joins Mark Roe to discuss Maurice’s resignation and how it will be received within the Jets’ locker room.

The Jeff Marek Show: Does the NHL need a COVID19 break? Jeff discusses Paul Maurice’s resignation from the Jets and where the club goes from here with Ken Wiebe (1:00). Next, Scott Laughlin weighs in on the most recent group of players hitting the COVID-19 list, if we are nearing a potential pause and more on Maurice stepping down with the Jets (19:22). Then Harnarayan Singh tells his favourite Maurice story and tees up Saturday’s matchup between the Senators and Flyers (43:48).