Note: For just the second time in the last 15 games the Jets lost in regulation as they were unable to solve Canucks goalie Thatcher Demoko enough times to pick up a win. They return home and are off today. They will be back on the ice tomorrow as they prepare for the Penguins who will be the only team they face in Winnipeg before heading back on the road.

Note II: While Friday wasn’t a banner night for the NHL club of Winnipeg the AHL club showed off their ability to win even if they aren’t playing at their absolute best. Manitoba built up a solid 3-0 lead but had that whittled away by a determined Admirals team but despite tying the game Milwaukee wasn’t able to hold off a determined Kristian Reichel who scored with 57 seconds left in the 3rd on a delayed penalty call to cement the 4-3 regulation win for the Moose. The game also featured a Cole Perfetti almost goal of the year candidate. Manitoba is off today and will be back for a Sunday afternoon contest to wrap up three games in four days against the Admirals.

Note III: Be sure to join us on the Illegal Curve Hockey Show today at 9:00 am CT on our YouTube channel and social media platforms. Guests include Ken Wiebe (Sportsnet) and Seth Rorabaugh (Pittsburgh Tribune-Review).

Winnipeg Sun: Canucks snap five-game losing skid with 3-2 win over Jets. Scott was in Van and he files this report from his spot high above the ice surface.

Winnipeg Free Press: Jets comeback bid falls short in 3-2 loss to Canucks. (Paywall). Jeff was also inside Rogers Arena and gives you his thoughts on the game.

Winnipeg Free Press: Strength up the middle one reason Jets are Central Division contenders. (Paywall). It is what Craig Button has been saying on our program as well as on TSN when talking about the strengths of Winnipeg. 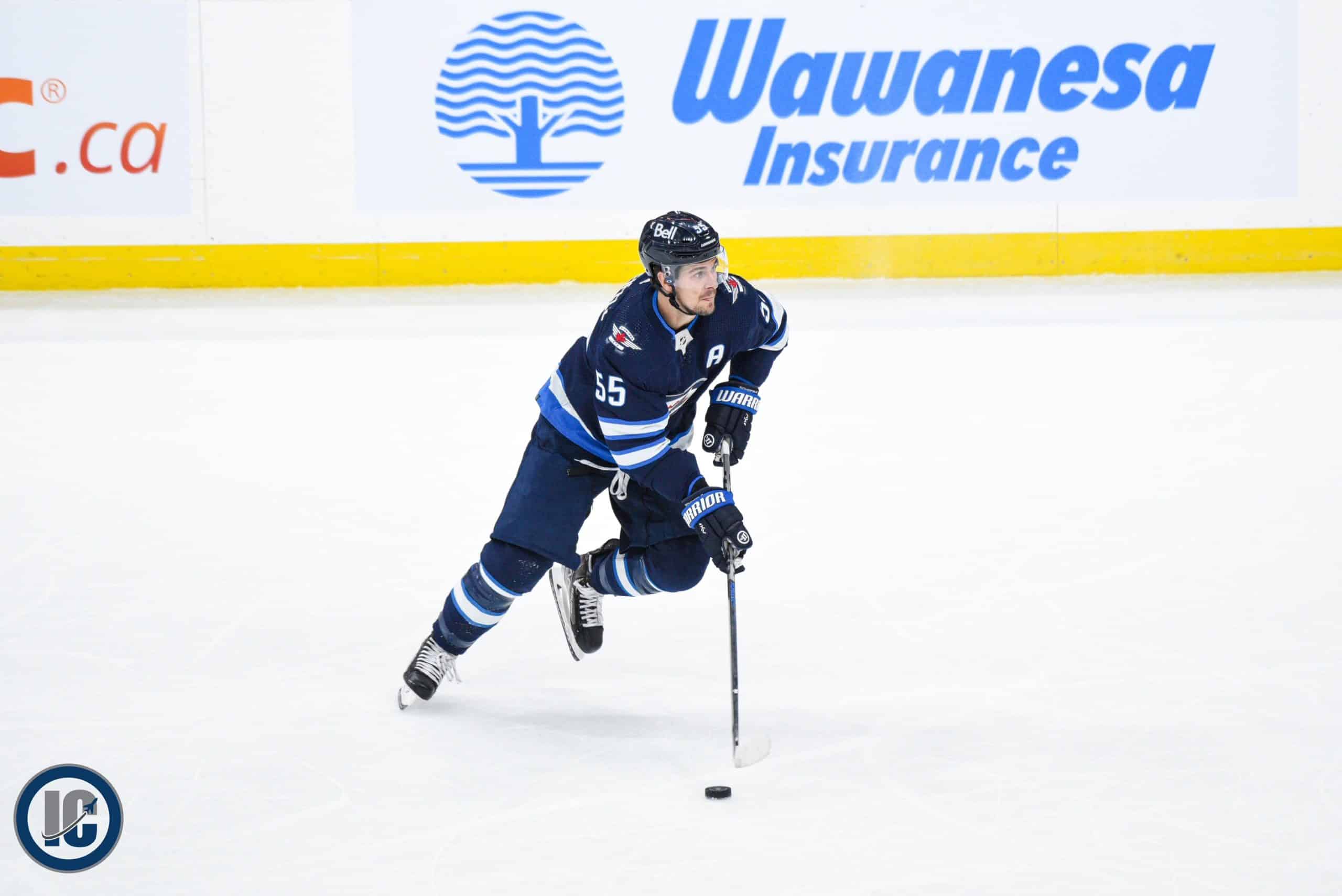 Global News: Jets’ penalty kill falters again in 3-2 loss in Vancouver. When you are ranked as one of the worst PKs in the league and you don’t change the personnel or the system and continue to take penalties it is gonna burn you eventually.

The Province: A win is a win, thanks to Demko.  Read about the game from the perspective of a writer that covers the Jets opponent.

Sportsnet: Canucks ease the tension with much-needed win over Jets. Given what is going on in Canucksland they needed that win more than any other team has needed a win this season.