Note: The Jets practiced on Monday after a day off which saw the lines change up a little and Paul Stastny remain out of the lineup. Morning skate gets underway at 10:30 AM as the home side welcomes the Oilers to town for the first time this season. Be sure to check back for the pre-game report for the latest news and interviews. Puck drop is at 7 PM.

Note III: The Moose are back in action today as they hit the ice for practice after a travel day and then a day off on Monday. Today they’ll practice as they prepare to kick off five games at home starting on Thursday when they welcome Milwaukee to town.

Winnipeg Sun: Oilers’ offensive juggernaut set to test Jets’ resolve. This is setting up to be quite the home and home series.

Winnipeg Sun: Jets’ line shakeups more than just an attempt to get Wheeler going. The one like folks didn’t think would get moved around got moved around.

Winnipeg Sun: Scheifele to tee it up again at Manitoba Open in 2022. While he’s spent some time this season teeing up indoors, he’ll have more of a pro experience next summer.

Winnipeg Free Press: Jets rearguards no longer bring up rear of scoring stats. (Paywall). There has definitely been a freeing of the defencemen this season. 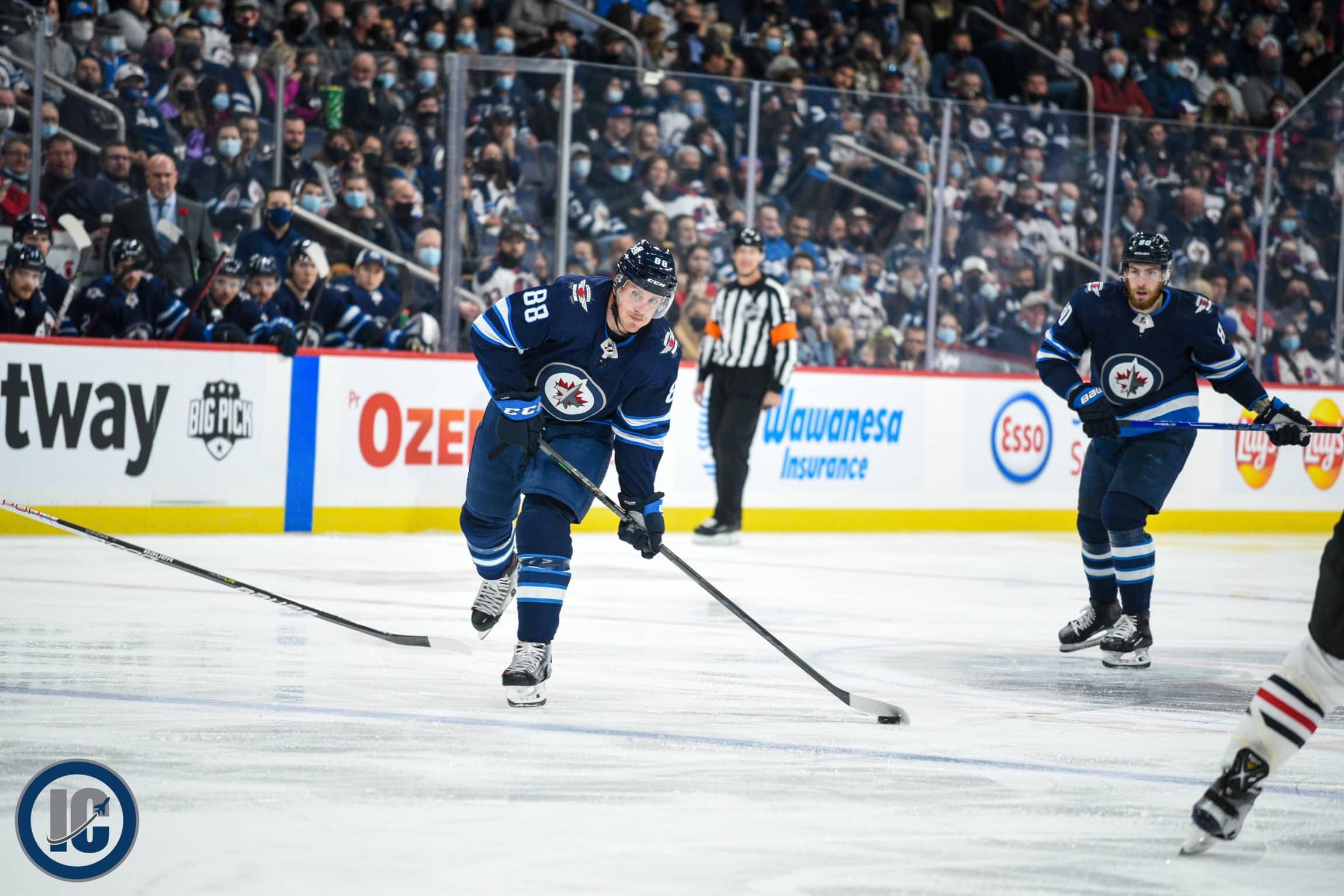 Winnipeg Free Press: Maurice shuffles the deck. (Paywall). The Jets bench boss seemed to hint that these lines could stick together for awhile as he tests things out.

Edmonton Sun: Draisaitl a versatile and dangerous weapon for Oilers. He’s proving to be just as much of a primary weapon as his partner in crime is.

The Rod Pedersen Show:  The Jets are hot! How did they turn it around? The Jets are one of the hottest teams in the NHL and they’re doing it without the usual production from Connor Hellebuyck, Blake Wheeler, and Mark Schiefele! How are they doing it?! Sean Reynolds comes on to explain!

JetsTV: Ground Control Podcast. Kyle Connor joins Ground Control as the forward chats about his hot start to the season, working at his offensive skills over the years and much more! Plus, Tyler, Mitchell and Jamie recap a solid week for the Jets as the team finds themselves near the top of the Central Division, they look at the new line combinations, Pierre-Luc Dubois season so far and much more.