A look at the game 15 projected lineups and pre-game interviews.

The Jets and Oilers will renew hostilities during this home and home series which will start by closing out the seven-game homestand in Winnipeg.  Edmonton is the top team in the Western Conference with a record of 11-3-0 while Winnipeg sits 2nd in the Central and are an impressive 6-1-1 at home. Should be quite the clash.

Jets bench boss Paul Maurice confirmed no Paul Stastny tonight so you can expect the lines and D pairs as they were in practice yesterday. 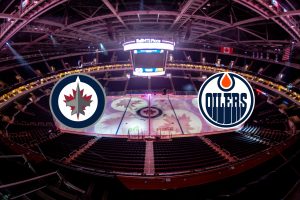 On a positive development note 2017 2nd rounder Dylan Samberg is sufficiently healed up from his high-ankle sprain he suffered on day 1 of training camp as he was reassigned by the Jets to the Moose this morning. Give them quite the stable of D prospects.

As per Scott Billeck of the Winnipeg Sun goalie Connor Hellebuyck is going through his normal pre-game skate routine. He adds that Dominic Toninato is wearing a full shield after he got hit in the face during practice. And not surprisingly he confirms no Paul Stastny today.

“I think just play fast, with both [Ehlers’] and [Scheifele’s] speed we can be dangerous off the rush. … It’ll be a great test to see where we are at.”

Andrew Copp on matching-up against the Oilers, Dominic Toninato on life after losing teeth at practice, and more!

Paul Maurice on playing styles against the Oilers, confidence in goaltending, and more!