Note: The Jets did battle last night in Anaheim to kick off the road trip with an unexpected late 3rd period win courtesy of Nikolaj Ehlers. They remain there for practice today which gets underway this afternoon as they prepare for the Kings tomorrow night in Los Angeles. Stay tuned for the Practice Report.

Note II: The big news on Tuesday was that NHL commissioner Gary Bettman plans to meet in the near future with Winnipeg Jets GM Kevin Cheveldayoff regarding the report which came out about the Blackhawks.

Note III: Also the Jets and Maple Leafs game moved back an hour to accommodate the Bombers playing in the CFL west final

Note IV: The Moose have another day of practice in Winnipeg as they get set for their upcoming series in Winnipeg against the Iowa Wild.

Note V: The Illegal Curve Locker Room is finally here.  Check out and purchase all your IC branded shirts, hats, hoodies and more which are all made locally here in Winnipeg.

Winnipeg Sun: Jets’ Ehlers nets brace 19 seconds apart to down Ducks in late thriller. There’s a reason he is considered one of the most dynamic players in the game. 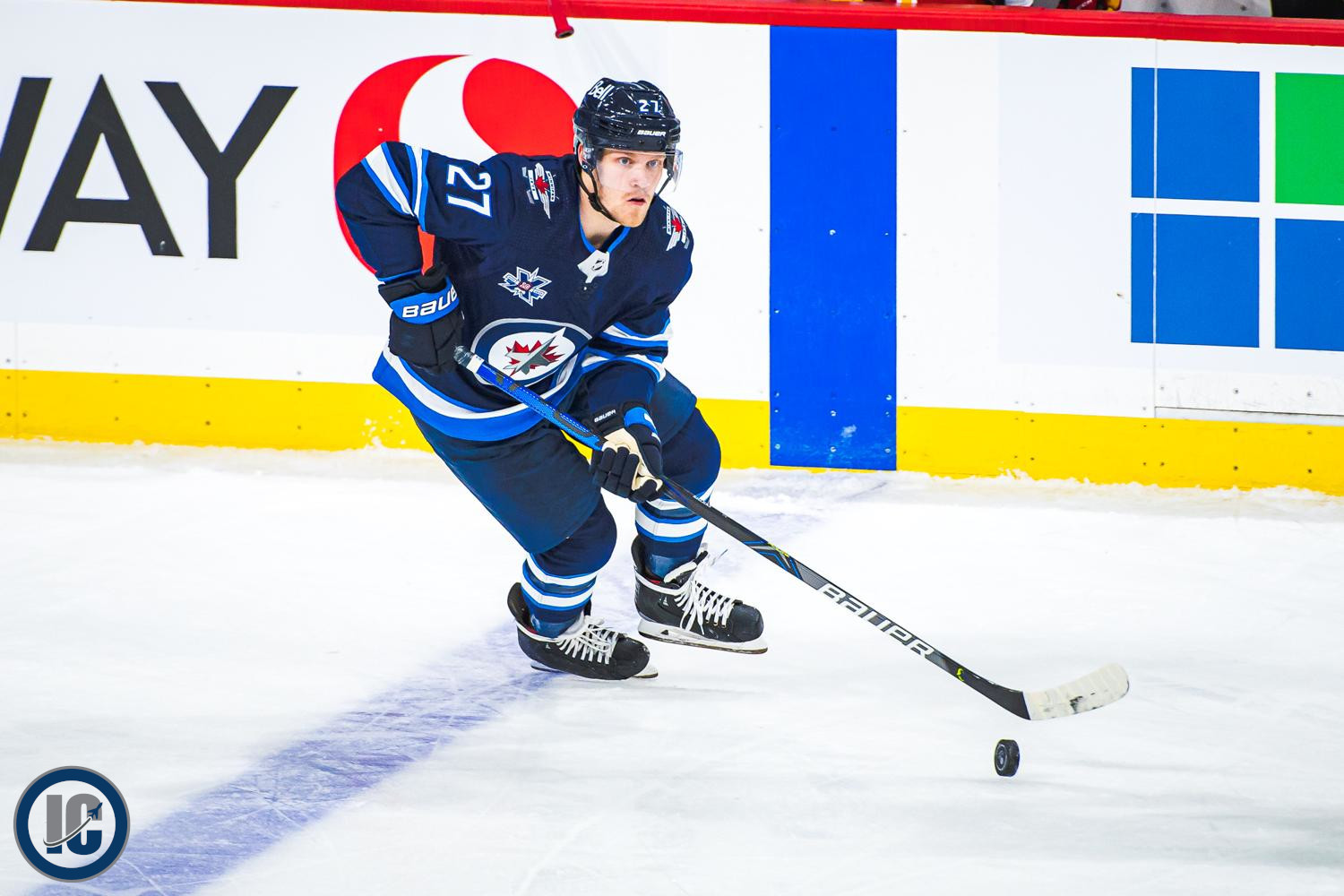 Winnipeg Free Press: Ehlers scores twice to power Jets past Ducks 4-3. (Paywall). Jeff was in California and he gives his thoughts on the game.

Winnipeg Free Press: Hawks sex-assault scandal could cost Cheveldayoff his job. (Paywall). Mike offers his thoughts on the news of the day.

The Athletic Winnipeg: What do Jets value most about Paul Maurice? Mark Chipman on longevity, trust and behind-the-scenes humanity. (Paywall). Murat had a chance to catch up with the Jets co-owner about his team’s head coach.

Sportsnet: Borne out of necessity, Jets’ retooled lineup may yield long-term benefits. Ken looks at the benefits that complementary pieces are reaping as a result of the unexpected lineup moves the team has had to make early in the season. He also delves into the offence the team is getting from the backend.