Note: Yesterday was the final day of training camp as the Jets had to set their roster for the start of the 2021-22 season which you can see here. For a complete look at day 19 of camp click here and you can watch coach Paul Maurice’s media availability here. Also noteworthy was that Nelson Nogier and Dominic Toninato cleared waivers.

Note II: Today they are scheduled to practice at 11 AM and then they’ll fly to California ahead of the reason season opener in Anaheim on Wednesday. Check out the full Practice Report here.

Note III: The Moose took on the University of Manitoba Bisons on Monday afternoon in a tune up game although it wasn’t the AHL club’s main roster. It was my first chance to see Jets prospects Arvid Holm (2017 6th) and Simon Lundmark (2019 2nd) in game action here in Winnipeg as both were playing in the SHL in Sweden the last few seasons. They are off today.

Winnipeg Sun: It’s the Schmidty and Wheeler Show, the Jets’ yin and yang. I said from the outset that a player like Nate Schmidt will bring a missing element to this team. He’s the type of player who knows when to be serious but also brings an infectious personality that can lighten things up when needed.

Winnipeg Free Press: Jets hoping Schmidt’s skills match his wit and charm. (Paywall). While being fun off the ice will be important what he does on the ice is what will be most important. So far his partnership with Josh Morrissey seems to be working. 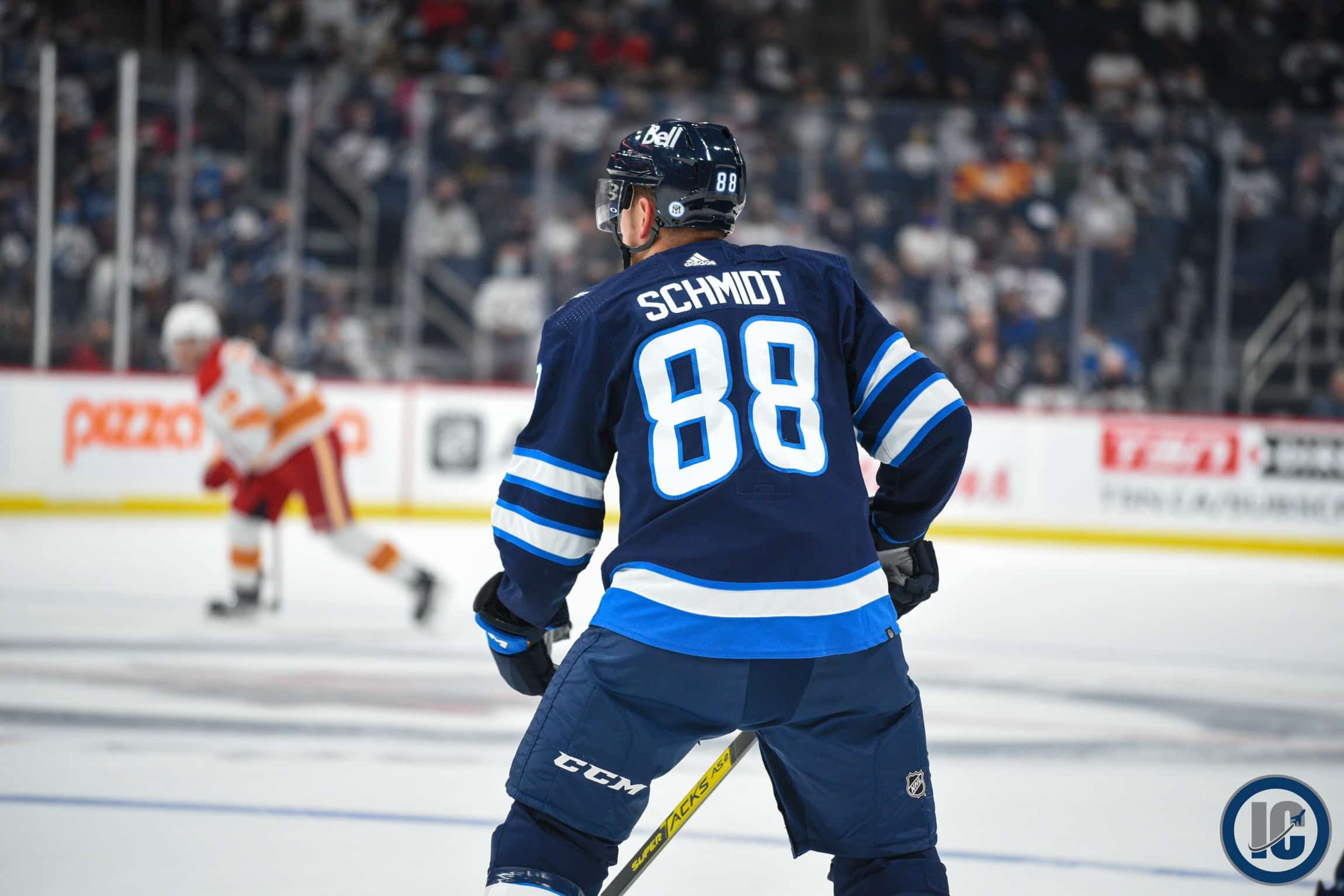 Winnipeg Free Press: Jets should be a force… if certain things fall into place. (Paywall). Provided this team stays healthy there is no reason they shouldn’t be, at minimum, in the Western Conference Final.

Winnipeg Free Press: Perfetti destined for Moose. (Paywall). While some hope he can have an impact with the big club it seems most likely that he will spend the start of his second season as a pro with Manitoba.

Global News: Blake Wheeler ready for his 11th Jets 2.0 season opener. While the Jets captain didn’t take a stroll down memory lane that didn’t stop Kelly from looking back at the precious ten season openers for Winnipeg.

Sportsnet: Time is now for Jets to prove their credentials. As I said on the Illegal Curve Hockey Show there isn’t a reason this Jets squad shouldn’t be challenging for the Stanley Cup this season. Check out Ken’s season preview for Winnipeg.

TSN: Can the Jets live up to high expectations? The Jets addressed their biggest off season need by improving their defence with the acquisitions of Nate Schmidt and Brenden Dillon. On paper, this is arguably the most balanced team Winnipeg has put together but, as Blake Wheeler pointed out on the first day of camp, paper doesn’t mean much. The window is back open for the Jets and expectations will be high for this team. Here is a preview of what to expect in Winnipeg this season.