Note: For a complete look at day 2 of training camp click here and you can watch GM Kevin Cheveldayoff’s media availability here.  The big news from Friday was that prospect defenceman Dylan Samberg suffered a high ankle sprain which could cost him 6-8 weeks.

Note II: A few days after the Jets and Sami Niku parted ways the smooth-skating defenceman took his talents to Montreal on a one-year, two-way deal.

Note III: Day 3 gets underway this morning out at the IcePlex starting at 10 AM.  For updates click here.

Note IV:  Be sure to join us on the Illegal Curve Hockey Show today at 9:00 am CT on our YouTube channel and social media platforms. Guests include voice of the Jets on TSN Dennis Beyak.

Sportsnet: In the prime of his career, Scheifele’s all-around growth will shape Jets’ success. The Jets top centre knows that his game has to be elite in order for it to merit an Olympic spot and that will work out well for a Jets team that needs him to hit that next level. 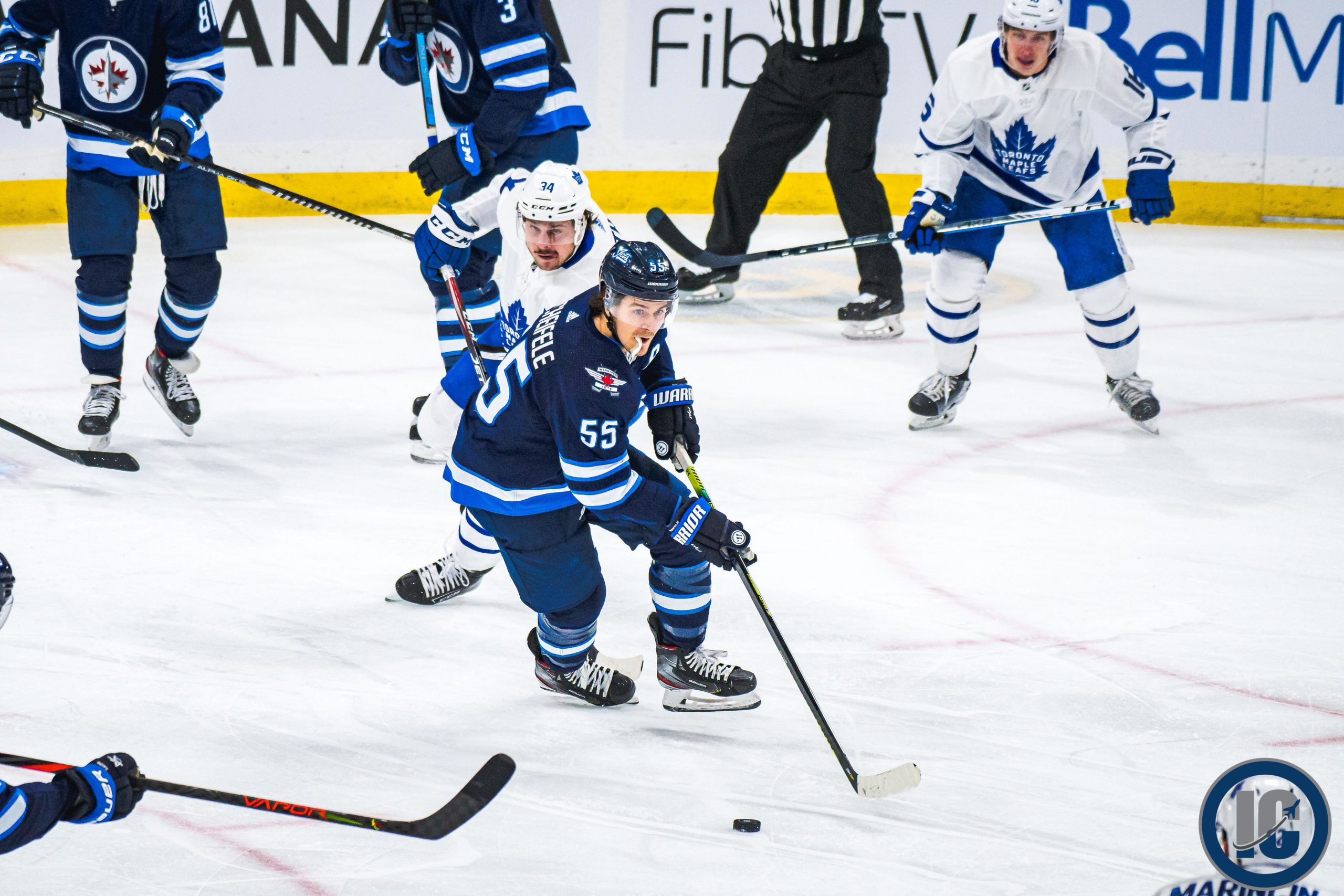 Winnipeg Sun:Jets ready to bask in Chevy’s Summer of Love. No question that the GM of the local NHL club was able to hit on every area of concern for his club.

Winnipeg Free Press: Jets newcomer Schmidt is the complete package, on and off the ice. (Paywall). Bringing depth to the blueline is going to be a key element for Schmidt but lightening up the mood for this group (in a manner similar but different to how Dustin Byfuglien did things) will be just as key.

Winnipeg Free Press: Building contending team ‘fun’ for Jets GM. (Paywall). With the pressure he was under this summer was critical for the GM and he deserves credit for being able to fill the holes his club has been dealing with since the defence was decimated.

Winnipeg Free Press: Scheifele works on all-around game. (Paywall). The Jets top centre is aware of his spot in hockey and knows he’ll have areas to improve if he wants to be considered among the elite, especially when it comes to something like the Olympics.

Winnipeg Free Press: Hellebuyck’s health key to Jets’ Stanley Cup hopes. (Paywall). For all the improvements this team has made to their blueline the chances for big success lay squarely on the shoulders of their netminder.

The Athletic Winnipeg: Jets training camp: 7 observations, from higher standards to the importance of culture. (Paywall). Murat gives you some more of his thoughts after a few days of training camp.

Global News: Jets GM Kevin Cheveldayoff optimistic, realistic amid training camp. I don’t want to suggest he was trying to curb fans enthusiasm but he was attempting to be realistic and also to leave some room for the uncertainty that comes with playing hockey and all the unknowns (ie potential for injury) that could happen and would alter the course the team wants to proceed down.

Global News: Jets’ anthem singer says there’s ‘anticipation of joy’ for packed Winnipeg arena again. Even though it is an exhibition game on Sunday it will be kinda different given that there will be a lot more folks than were in the building last season.

TheScore: What the Jets, Oilers, Flames, and Canucks have to prove this season. They took a look back at the Dr. Jekyll and Mr. Hyde version of the Jets during playoffs.

CJOB: Jets at Noon.  Murat Ates of The Athletic Winnipeg joined Cam for a talk on the Jets covering training camp, whether there is anything to learn from lines at this point, Sami Niku heading to Montreal and Blake Wheeler’s mindset.