The prospect defenceman suffered the injury on day 1 of camp.

It was an inauspicious start to training camp for Jets 2017 2nd rounder Dylan Samberg as he was helped up off the ice after getting tangled up during a drill on day 1 of Jets camp Thursday.  Head coach Paul Maurice said there would be an update today. 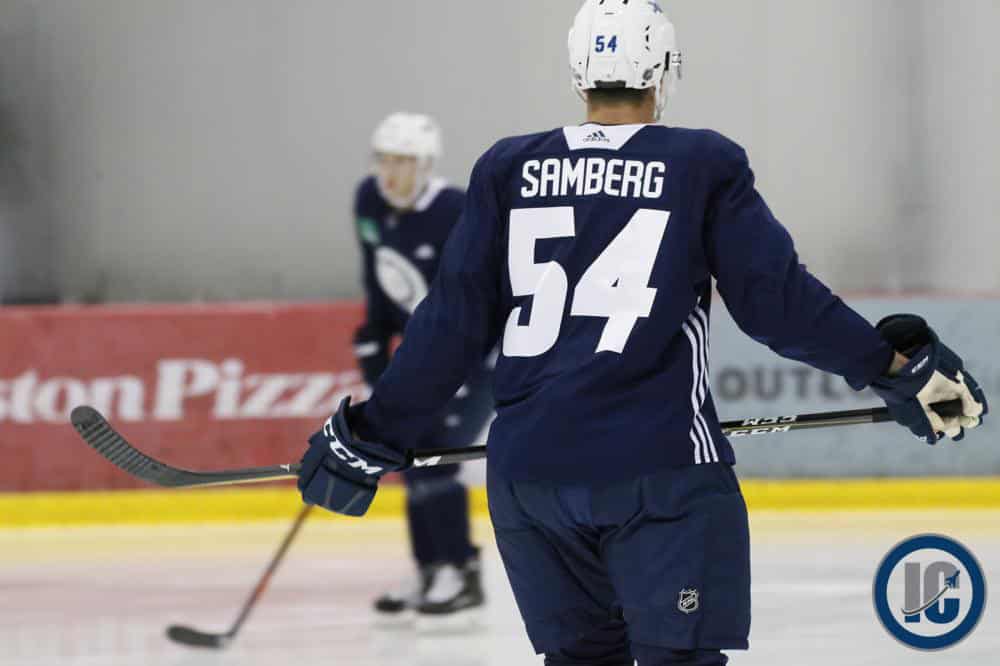 Jets GM Kevin Cheveldayoff is speaking today and according to Ken Wiebe of Sportsnet the news isn’t good about Samberg: