Note: Yesterday was the final day of mini pro camp with regular training camp getting underway on Thursday.

Note II: Over in the KHL Jets prospect Dmitri Rashevsky (2021 5th rounder) picked up best rookie of the week honours for the first time in his career. He was sitting in the eighth spot in KHL scoring (6GP 4G 5A) at the time he won.

Note III:  Some late afternoon news on Monday as CapFriendly reported that the Jets have placed Sami Niku on unconditional waivers to terminate his contract.

Sportsnet: Jets Training Camp Preview: Is Pierre-Luc Dubois ready to rebound? That is the $64,000 question (although with inflation that question value is $605,823.11 today). Ken provides his insight with this preview.

Winnipeg Free Press: Former UND teammates back together. (Paywall). Looking to recapture some of that college magic.

Winnipeg Free Press: Jets brass breathing easier. (Paywall). This definitely insulates the younger players and allows them to develop without being forced into a role they may not yet be suitable for.

Winnipeg Sun: Poganski, Johnson ready for training camp fight. Couple of players who should be able to make camp interesting and can make the Moose a lot more formidable.

TSN: Grading the goalies on Canada’s NHL teams. No shocker that Travis gives the Jets an A in this category.

NHL.com: Dubois seeks to regain old form, help Jets contend for Stanley Cup. The Jets will need him to take that second line centre spot starting this season and assuming it for the foreseeable future to give them a truly significant 1-2-3 punch up the middle. 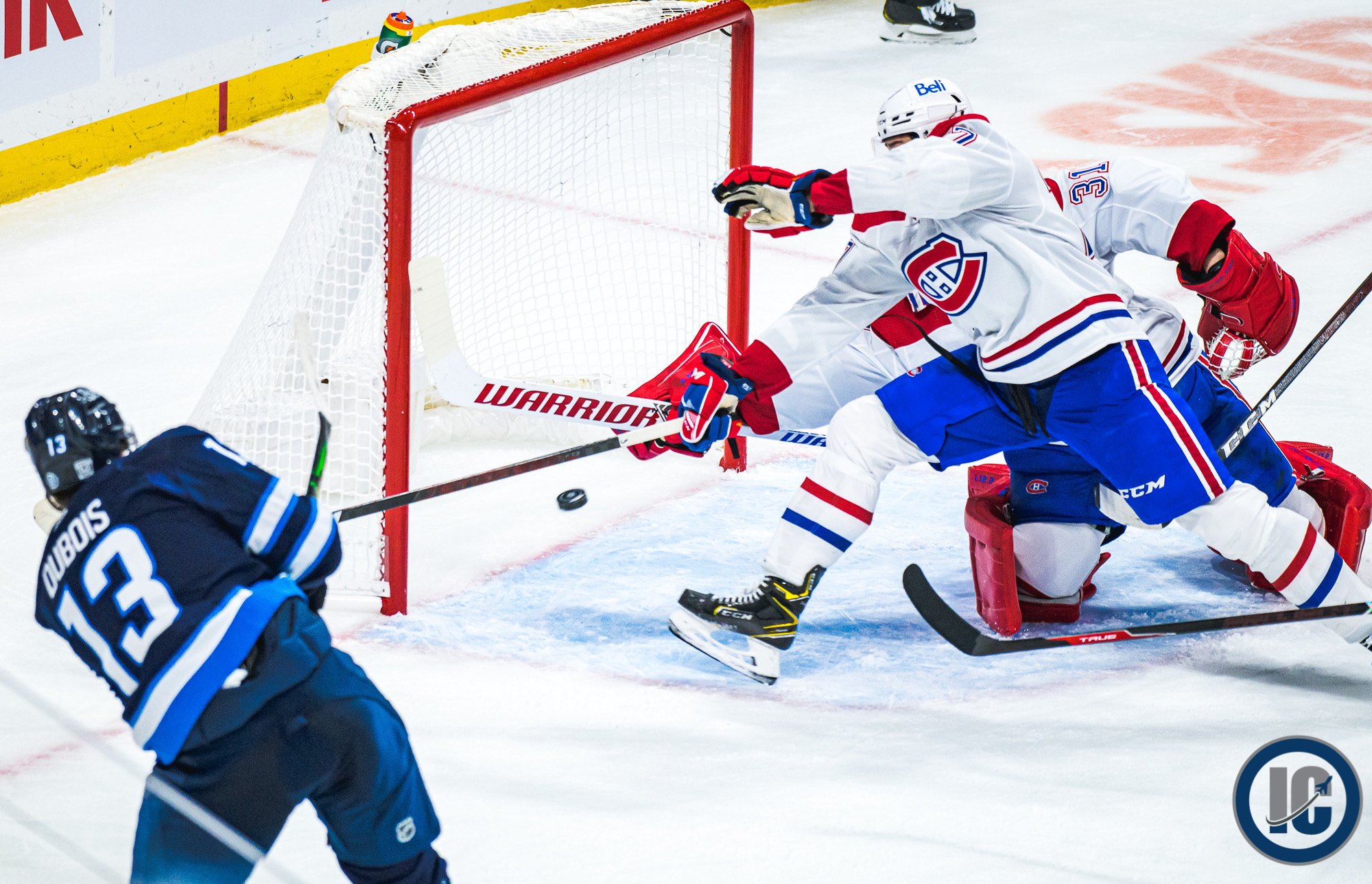 Winnipeg Sun: Gustafsson eyes a move from Moose to Jets roster. There is no doubt that the Swedish prospect is ready to make the jump to the next level.

The Athletic Winnipeg: Mailbag: Will we ever know why Pierre-Luc Dubois left Columbus? How much stronger is the Jets’ defence with their new signings (Paywall). Murat’s readers had questions and he provides answers as well as some pro mini camp thoughts.

TSN: How improved is the Jets’ blueline? The Jets blueline has always been seen as their weak point, but did Kevin Cheveldayoff do enough this offseason to shore things up? That’s Hockey takes a closer look at Winnipeg’s squad with training camp around the corner.

TSN: Pre-Season 7: Could Ehlers have a new role with Jets? Could Nikolaj Ehlers find a new role on the Jets, possibly a move to the top line? Will Pierre-Luc Dubois rebound after his first stint with Winnipeg? What kind of an impact will their new additions have on the blueline? Sara Orlesky takes a closer look ahead of training camp.