Note:  It wasn’t the busiest two days for the Jets at the 2021 NHL Draft held virtually.  The team made four picks (Chaz Lucius, Nikita Chibrikov, Dmitry Kuzmin & Dmitri Rashevsky).  Jets GM Kevin Cheveldayoff held an end of day two press conference with included a reflection on the selections made by Winnipeg and a look ahead to free agency which was followed by a presser with Director of amateur scouting Mark Hillier who also reflected on the four draft picks selected by Winnipeg.

Note II:  Normally we’d be switching focus to Jets prospect development camp but instead it will be a focus on free agency which starts Wednesday. That will also be our final Illegal Curve Hockey Show of the season which you can watch here.

Winnipeg Sun: Jets look to the future by selecting Russian winger Chibrikov in second round of NHL draft. There was plenty of buzz when the Jets made this selection with the 50th overall pick. 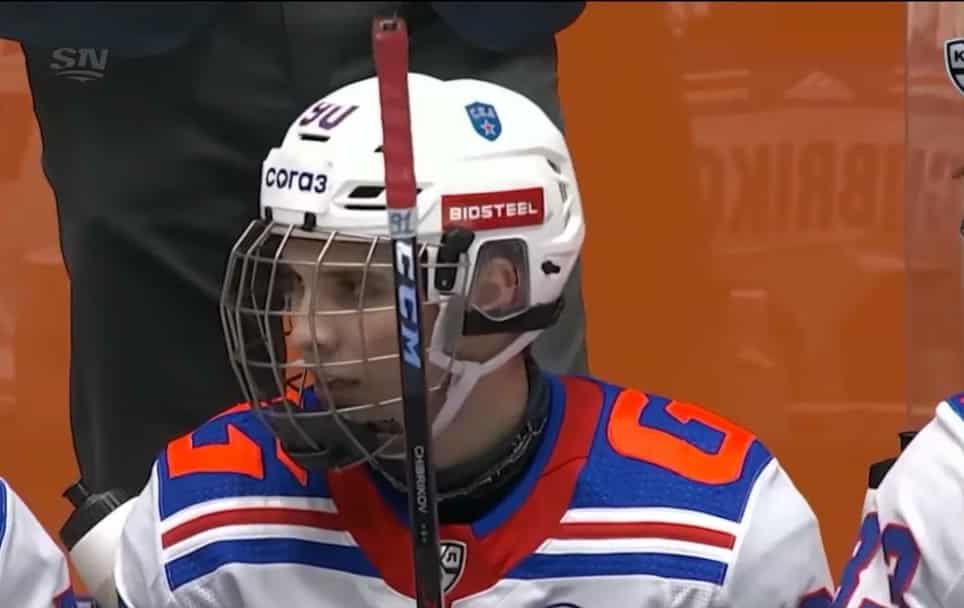 Winnipeg Free Press: Jets tap Eastern Europe on second day of Draft. (Paywall). With just Mikhail Berdin in the system I wasn’t too worried about brushing up on my Russian but that all changed on Saturday. Although having said that Nikita Chibrikov spoke excellent English.

Sportsnet: Jets’ Chibrikov working on progression, eager to showcase unique style. The Jets needed to improve their forward prospect pool and they certainly seemed to have done that this weekend.  Ken has plenty more.

Sportsnet: The winners and losers from a busy 2021 NHL Draft weekend. I spent all weekend saying there is no point in declaring winners and losers as it often takes years to actually know if you did well or not. Despite that protest by me the Jets are listed as winners based on their first two selections.

Sportsnet: Is Nikita Chibrikov this year’s top Russian player? This article was from before the draft but worth reading about whom the Jets selected in the 2nd round.

The Athletic: 2021 NHL Draft winners and losers: Ranking every team’s Day 2 picks. (Paywall). Wheeler liked what Winnipeg did on day 1 (had them third overall) and that lovefest continued into day 2 where he had them fifth overall.

The Athletic: Jets’ 2021 NHL Draft picks: Grades, fit and full scouting reports. (Paywall). Pronman lives and breathes the Draft and he gave the Jets a B- for their drafting.

TSN: Button’s standout picks from the Canadian teams in the West. With Day 2 of the 2021 NHL Draft wrapping up on Saturday, TSN Director of Scouting Craig Button joins SportsCentre to discuss some of his standout picks that were made by the Canucks, Oilers, Jets and Flames.