Note: It was a busy morning on Wednesday as the Jets began their end of season media availability for players. Fifteen guys in total spoke including Wheeler, Hellebuyck/Connor, Copp/Ehlers, Stastny/Pionk, Thompson/Lewis, Scheifele/Dubois, Lowry, DeMelo & Morrissey/Stanley. You can watch all those interviews and read some of the notes here in the player end of season media availability post.

Note II: We still have to hear from Jets head coach Paul Maurice and GM Kevin Cheveldayoff although that timing hasn’t yet been made public (as of publishing). Once JetsPR advises as to the time we will update and of course have it completely covered.

Global News: 5 off-season questions for Jets to answer.  Where exactly do the Jets go next?  Ken attempts to look at the five pressing questions for this franchise including: 1) How can the Jets take that next step? 2) Who gets exposed in the Seattle Kraken expansion draft? 3) What do the RFA deals look like? 4) Where does Pierre-Luc Dubois fit in? 5) Will Paul Stastny return?

Winnipeg Sun: Players have coach Maurice’s back after Jets get swept out of playoffs. While detractors would be quick to point out “what else are they going to say about their boss” the reality is the comments were not passive praise but rather a staunch defence of their bench boss.

Winnipeg Sun: Jets’ ‘Invisible Men’ vow to rebound. In the second round the goal scorers for Winnipeg were: Lowry x 2, Stanley x 2, Connor & Forbort.  Basically all offence was invisible.

Winnipeg Sun:  Wheeler: ‘By far the hardest year of my life’. The Jets captain was quick to qualify that he understood how fortunate he was to be playing and earning a living during this pandemic but it is a fair comment from him that it doesn’t matter who you are or your socioeconomic situation, that it was an incredibly isolating 15 months. 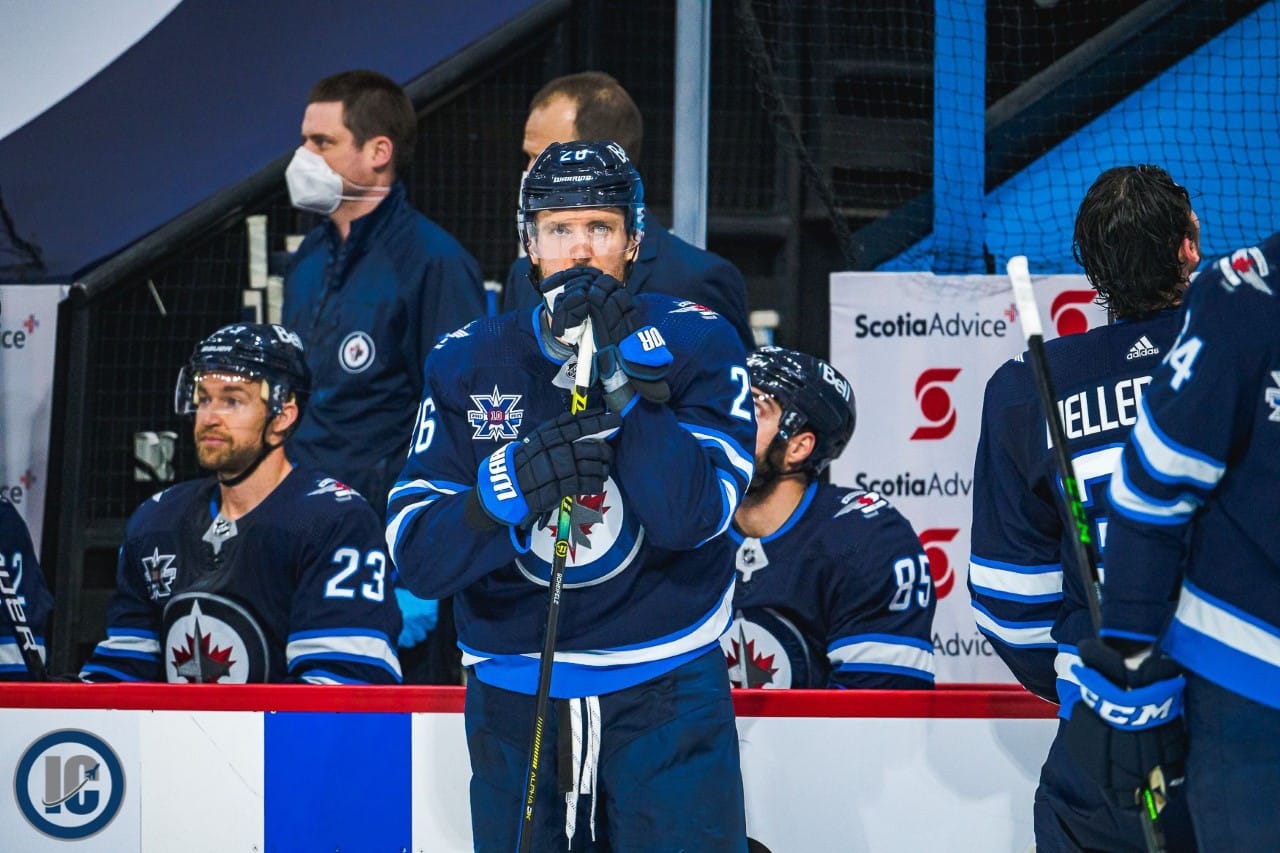 Winnipeg Sun: ‘Nothing off the table’ for Copp in negotiation of new contract with Jets. It will be an incredibly fascinating process to see how the negotiations go between the Jets and the player who is an RFA with arbitration rights.

Winnipeg Free Press: Time for Chevy to make a move. (Paywall). The problem for this team is they haven’t been able to put it all together at the same time. If their defence was solid they had young forwards and average (at best) goaltending, then as their goaltending got better and the forwards matured they lost their D core and now they’ve got some solid D prospects but they may not quite be ready for prime time.

Winnipeg Free Press: Jets reflect on unique season. (Paywall). While nobody wanted it there is no question it will be the most memorable season of hockey we’ve ever covered.

Winnipeg Free Press: Scheifele takes parting shots at league and media. (Paywall). It is pretty clear that he remains unhappy with the suspension and won’t back down from that position.

Winnipeg Free Press: Groin strain put early end to DeMelo’s playoffs. (Paywall). As big a loss as Mark Scheifele was for games 2-4 the loss in his first shift in game one to Dylan DeMelo really seemed to knock the Jets out of their rhythm.

Sportsnet: Status quo won’t be enough to carry Jets organization to next level. Ken reacts to today’s end of season media and looks at how the organization can take steps towards becoming a contender.

Global News: Mark Scheifele did not leave quietly on Winnipeg Jets exit day. Seems like 55 has opened himself up to more condemnation although as with most things it is a mixed bags. I’ve seen some fans cheer him on for not “taking it” from the league while many others feel it shows a lack of contrition for his actions which got him the four game suspension.

TSN: LeBrun on Scheifele’s comments, Dubois’ struggles, Maurice’s future in Winnipeg. Hockey Insider Pierre LeBrun shares his thoughts on Mark Scheifele’s comments regarding the Department of Player Safety shutting him down, discusses if there’s a chance the Jets regret trading for Pierre-Luc Dubois and weighs in on Paul Maurice’s future in Winnipeg.

TSN: BarDown Breakdown: What to make of the Jets’ weird season. After a strong regular season and a dominant first round, no one could predict how badly things would end for the Jets this year. So what should the fanbase take from this year of highs and lows? BarDown’s resident Jets fan Jesse Pollock is joined by Carlo Colaiacovo to dissect where it all went wrong, and what it means going into the offseason.

Sportsnet (Hockey Central): To be clear, Mark Scheifele shut himself down. Anthony Stewart, Justin Bourne & Jeff Marek react to Mark Scheifele’s fiery end of season media conference, in which he blamed the NHL Department of Player Safety for giving him an excessive suspension for his hit on Jake Evans.