Note: The Jets did the improbable last night scoring three goals in three minutes and three seconds in the 3rd period to tie the game and then won it in overtime to improve their lead in the series with the Oilers to 3-0. Neither team will get to really think about game 3 as game 4 is tonight for the rare playoff back-to-back games. No morning skate but be sure to check back for the pre-game report for potential updates as well as for the media availability from players and head coach Paul Maurice. Puck drop is at 8:45 PM CDT. Join us afterwards for our post-game show here (be sure to smash that like/subscribe button).

The Athletic Winnipeg: How the Jets pushed the Oilers within one game of being swept. (Paywall). Murat details last night’s incredible comeback.

Winnipeg Sun: One more shovel of dirt and Jets will have Oilers buried. Hard to see how the Oilers are gonna pull themselves out of this tailspin. Having two top points getters in NHL doesn’t seem to be enough.

Winnipeg Sun: Jets pull off remarkable comeback, Ehlers scores in overtime, to beat Oilers in Game 3. If I wasn’t in the building I am not certain I would have believed it happened. 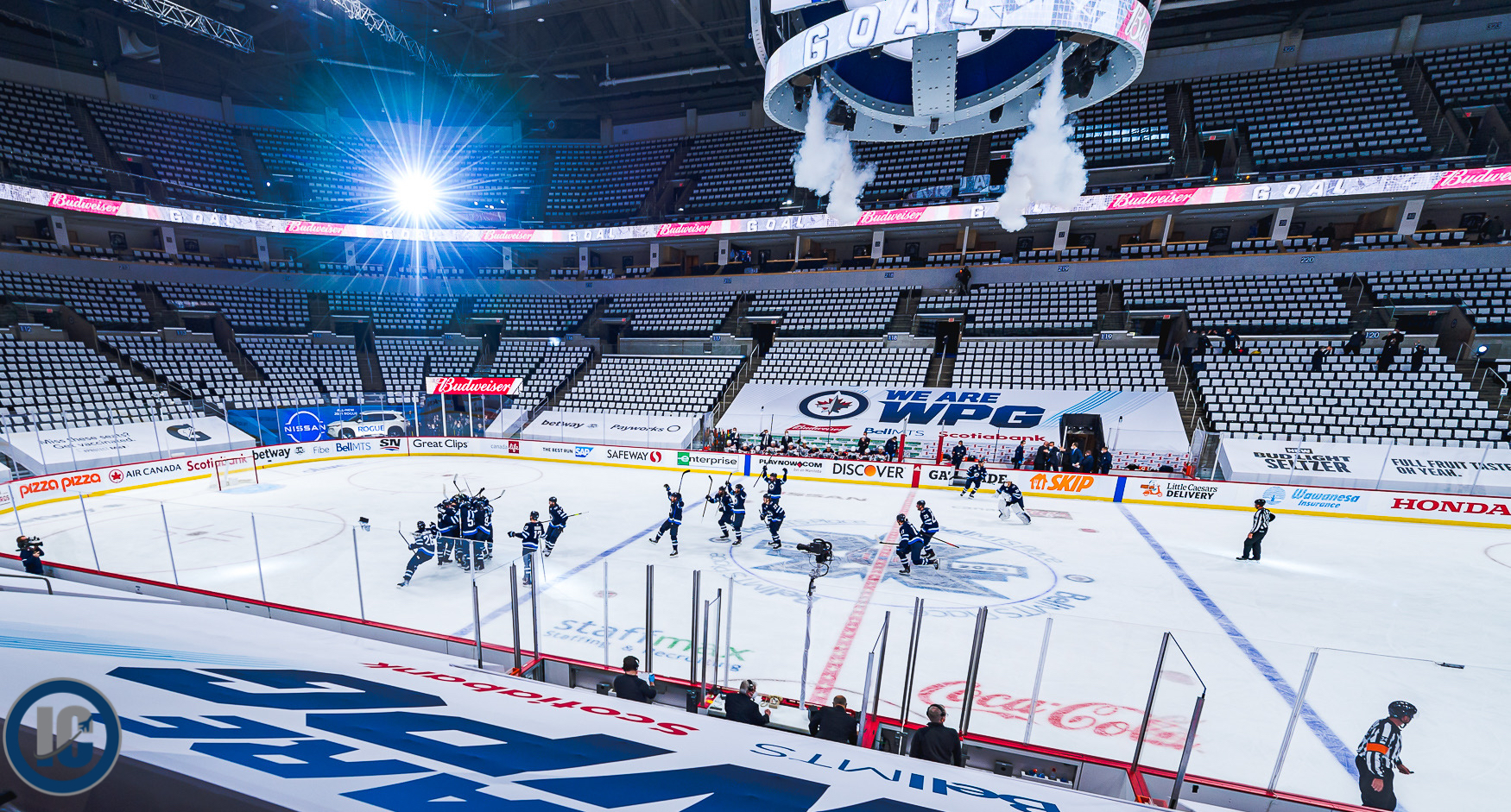 Winnipeg Sun: Jets fans take to street to show support. As I walking into Bell MTS Place the cars drove past me as they attempted to show solidarity with team from the outside.

Winnipeg Sun: Jets’ fans find way to show support in very pandemic way. Lining the players hallway with messages from fans as well as draping white towels throughout the arena to provide some fan “presence” was a nice way to bring Manitobans into this series.

Winnipeg Free Press: Epic victory was missing fans. (Paywall). I tweeted prior to the game tying goal by Josh Morrissey and finally for the Nikolaj Ehlers goal that had fans been in the building, they would have blown the roof off of the place.

Sportsnet: Seemingly down and out, Jets stage miracle Game 3 comeback.  While the Jets have shown that they can comeback it wasn’t a forgone conclusion that they would overcome three goals.

Sportsnet: Oilers’ promising season a fading, cruel mirage after Game 3 collapse. The team from Alberta must be having flashbacks to last season against the Hawks.

Edmonton Sun: Catastrophic third-period collapse all but ends Oilers’ season.  Another column on last night’s game from a beat writer who covers the Oilers.

Sportsnet: Nikolaj Ehlers put his fingerprints all over Game 3. Sportsnet’s Sean Reynolds and Ken Wiebe break down the Winnipeg Jets overtime win against the Edmonton Oilers and just how important Nikolaj Elhers was to the Jets team on Sunday.

Sportsnet: How difficult will it be for Oilers to refocus after Game 3 collapse?  Gene Principe and Mark Spector discuss the Edmonton Oilers collapse against the Winnipeg Jets in Game 3 and how the team could respond.

TSN: Jets manufacture stunner as Oilers now have a mountain to climb in series. Nikolaj Ehlers marked his return from injury with a bang by scoring twice, including the overtime-winner which sent the Jets to a 3-0 series lead over the Oilers. The TSN Hockey panel breaks down Winnipeg’s comeback victory and explains how things turned so quickly for Edmonton which seemed to be on its way to a Game 3 win.

TSN: Button breaks down the anatomy of Oilers’ collapse, Ehlers’ immediate impact. The Oilers were half a period away from getting back into their series with the Jets but a three-goal lead dissolved in a matter of minutes and Winnipeg rode the momentum into overtime to finish off a stunned Edmonton team. Craig Button shares his thoughts on what went wrong for the Oilers in Game 3 and praises the effort of Nikolaj Ehlers who returned from injury to score two goals.