Note: The Jets were off on Wednesday after securing third spot in the North Division and booking themselves a 1st round date with the Oilers starting next week. Of course they still have some regular season hockey to play as they wrap up the regular season on Friday against the Leafs.  They are scheduled to practice today at 11 AM so stay tuned for the Practice Report.

Note II:  The Moose also took Wednesday off although not entirely as first-year pro Cole Perfetti, who is heading to Latvia with Team Canada for the World Championship, held his end of season media availability which you can watch here.  His Manitoba teammates however remain in Ottawa as they get set for their re-match with the Senators (from Belleville) on Friday.

Global News: Jets need to finish season on the right note.  While they may be facing a team that looks more Marlies than Leafs given chance Toronto could opt to sit some guys it will still be important for guys to continue to “play the right way” and show that they can keep what they did on Tuesday rolling into another game.

Winnipeg Sun: Jets’ Maurice channeling Churchill as playoff battle looms. While we weren’t privy to the speech it must have been quite something to earn that sort of comparable. Wonder who he will channel next week when they’ll really need to be fired up when taking on Edmonton.

Winnipeg Free Press: Wheeler truly a one-of-a-kind athlete. (Paywall).  Mike wrote about the feats of the Jets captain and given the news of what he was playing through earlier in the season his pain threshold is pretty, pretty, pretty high. 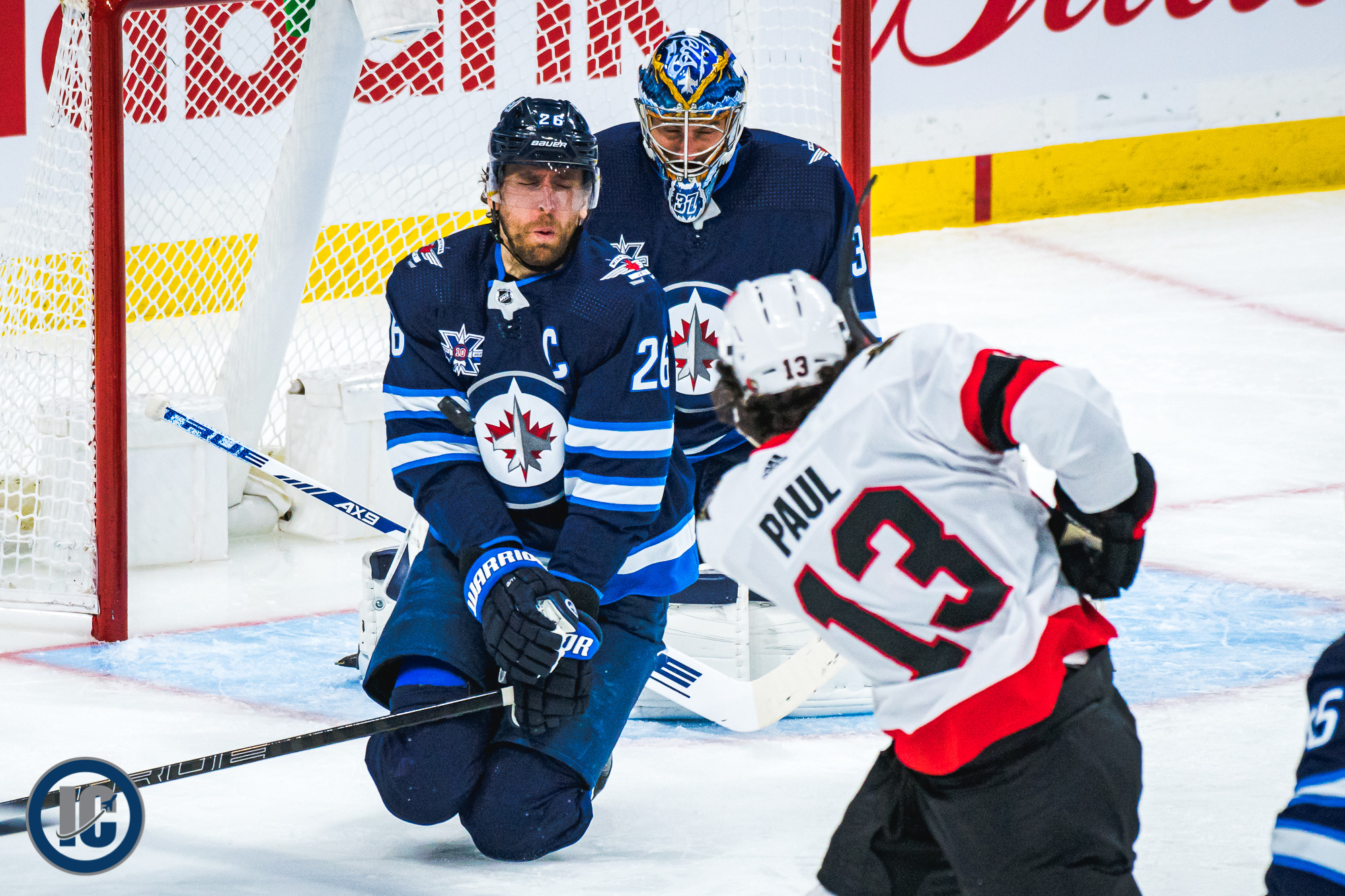 Sportsnet: Ranking NHL’s five most productive power-play units.  No surprise that it is the Jets “second” unit although the fact that they top the list is impressive.

TSN: Winnipeg will be competitive, but Oilers will come out on top in series. It took longer than they wanted, but the Jets finally busted their slump to lock in third in the North to set up a playoff meeting with the Oilers. TSN Director of Scouting Craig Button joins That’s Hockey to preview the first round series between the two Canadian clubs.

Winnipeg Free Press: Jets prospect will wear Maple Leaf at World Hockey Championship. (Paywall).  Just an exceptional young man who impresses on and off the ice.