The stage is set for the first round of the playoffs.

With their 5-0 win last night over the Canucks the Jets have ensured themselves a third place finish in the North Division and a date with the Oilers in the first round of the 2021 playoffs. 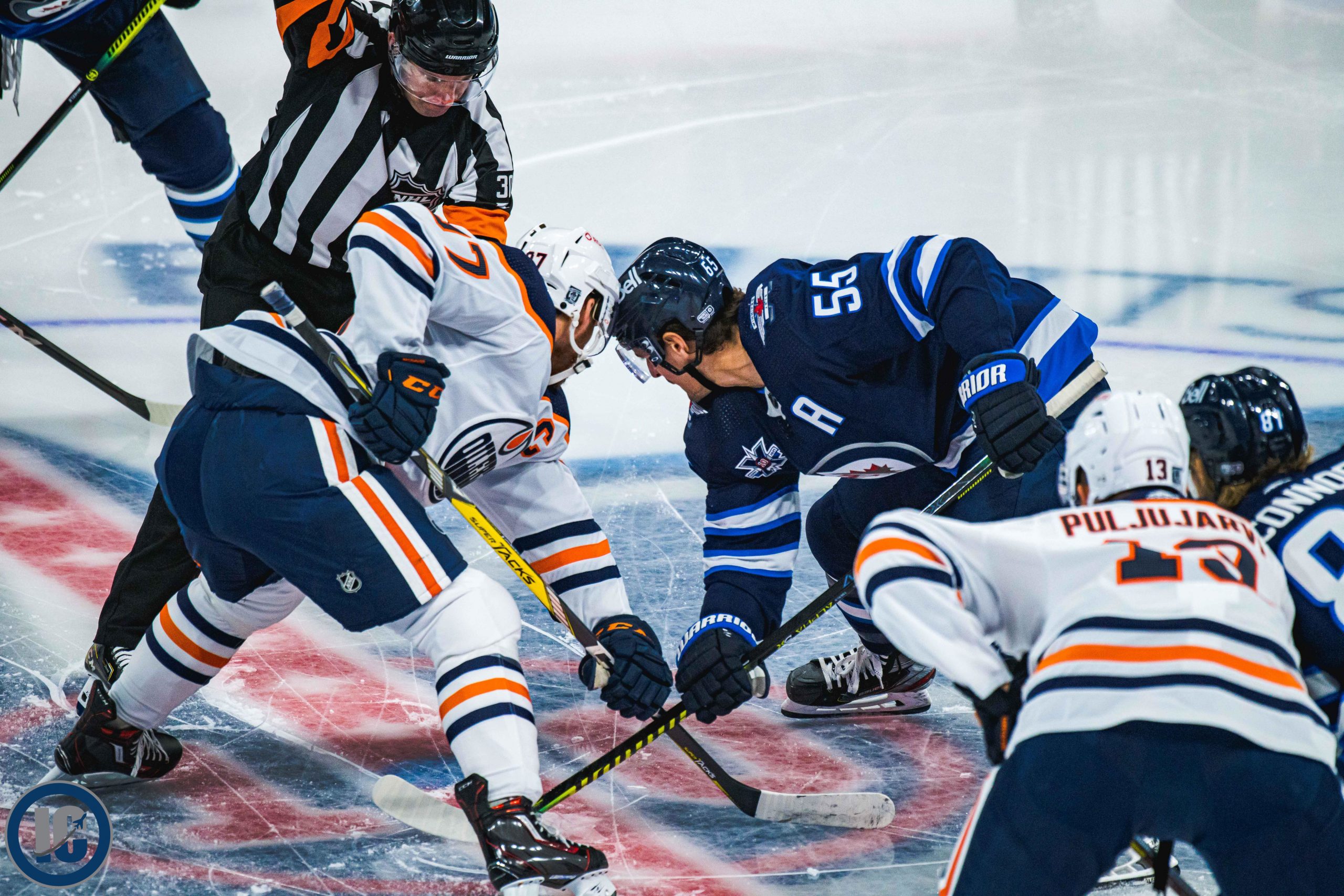 This has certainly not been a matchup that the local NHL club has liked during this condensed schedule.  They have played nine times this season:

Not exactly inspiring if you support the Jets as they went 2-7-0 against the Oilers this season, losing their last six games.

He has been dynamite the entire season scoring over 100 points in game number 53 for Edmonton (currently at 102 points in 54 games) but Connor McDavid has been particularly dangerous against Winnipeg this year picking up seven goals and 15 assists for 22 points in nine games. Every single game against Winnipeg was a multi point affair for McDavid.

Can Ehlers make a difference against the Oilers?

Video Description: NHL handicapper Andy MacNeil joins FTM to discuss how he sees the North Division shaking down in the playoffs, why there’s no way the Canadiens can hang with the Leafs, and whether Nik Ehlers’ return to the Jets would be enough vs. the Oilers.

Impact of Mike Smith in net:

The Oilers missed out on Jacob Markstrom in free agency this summer and many pundits weren’t convinced their tandem of Mike Smith and Mikko Koskinen would be sufficient to make noise in the North.  However the 39-year old Smith has put on quite a performance between the pipes for the Oilers with a 2.28 GAA and a 0.924 save percentage.  His goals saved above expected in all situations according to MoneyPuck has Smith at 4th in the NHL at 15.3.  Of course Jets fans should note that Connor Hellebuyck sits in top spot at 18.6.

How much momentum can Jets carry over into series against Oilers?

Video Description: Sean Reynolds and Ken Wiebe discuss the Winnipeg Jets win over the Vancouver Canucks, including what they can bring into their matchup against the Edmonton Oilers.

While the Jets 2.0 and the Oilers haven’t ever played each other in the playoffs folks of a certain vintage in this province will recall the many years of Smythe Division battles which saw the team from out west take every single series the two clubs played in the playoffs. Of course folks who support Edmonton are probably relishing that five of the six times when they played Winnipeg in a playoff series the Oilers went on to win the Stanley Cup (and that sixth time they still beat the Jets but didn’t win the Cup).

The Athletic: Edmonton vs. Winnipeg: Five things the season series taught us about how they match up. (Paywall).

Edmonton Sun: Oilers beat Canadiens, but would rather face Jets in playoffs.