Note: The losing streak has now hit six games after the Jets began their three-game road trip with a 5-3 defeat in Montreal last night. The team will get outside and try to reset as they are off today and will be back on the ice for practice on Sunday in Ottawa.

Note II:  If you’re upset about the parent club the farm club should be bringing you lots of joy as they ended their 17-game homestand with a win which meant they went 7-0-0-1 in their final eight games in Winnipeg.  They were off on Friday and will practice today as they get set for their final seven-game road trip out east.

Note III:  Be sure to join us on the Illegal Curve Hockey Show today as we will be chatting all about the Winnipeg Jets and Manitoba Moose this morning starting at 9:00 a.m. CDT. Today’s guests include Paul Edmonds (Jets PBP announcer), Stephen Whyno (AP Hockey Writer) and Daniel Fink (Moose PBP announcer/Manager of Hockey Communications). You’ll be able to watch via YouTube live here.  If you cannot watch live you will still be able to get the show via Podcast.

Winnipeg Sun: Jets playing down panic as fires rage around them. If you watch the Illegal Curve Hockey Show there is often a fire raging above my head and that has seemed appropriate given the situation surrounding the local NHL club.  Scott has more in his off day column.

Sportsnet: Can Canadiens catch struggling Jets? Certainly doesn’t seem like it is outside the realm of possibility.

Winnipeg Sun: Jets’ struggles continue as losing skid extends to six. Something continues to stink in Denmark and with Nikolaj Ehlers absent for the remainder of the regular season that intro continues to be appropriate. Scott details the slide for Winnipeg. 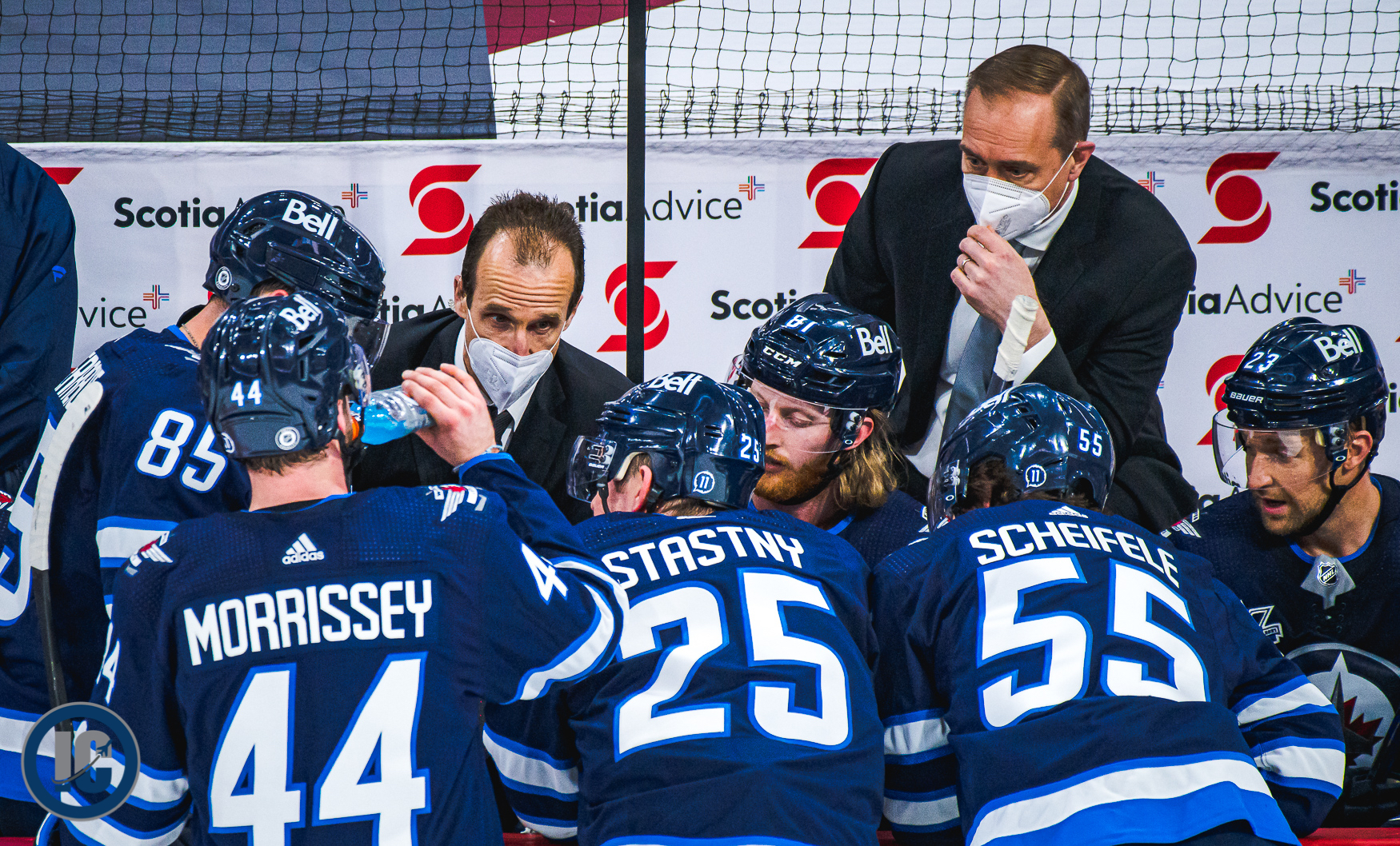 Winnipeg Free Press: Jets tailspin hits six games with 5-3 loss to Habs. (Paywall). Jeff didn’t mince his words in the post-game media availability and doesn’t in this column as the Jets flounder trying to extricate themselves from this losing streak.

Montreal Gazette: Habs dig down deep for 5-3 comeback win over Jets. The Habs were already dealing with injuries and then lost Shea Weber shortly before puck drop and could quite easily have had a million excuses as to why they didn’t compete. Except they did compete and deserved the two points.

Montreal Gazette: Nick Suzuki’s two goals help Canadiens roar back to victory vs. Jets.  Another look at last night’s contest from a writer that covers the Jets opponent.

TSN: Jets blow lead as they falter down the stretch to drop sixth straight. The Jets got off to a good start and were up 3-1 in the second period but things got away from them quick as the Canadiens scored four unanswered from there, including two on the power play, as Winnipeg suffered its sixth straight defeat. Sara Orlesky and Ray Ferraro explain what went wrong for the Jets.

TSN: Suzuki stays red-hot, Ducharme’s moves pay off as Canadiens find groove against Jets. The Canadiens have been struggling offensively as of late but Nick Suzuki continued his hot streak and played a massive role in Montreal’s comeback victory over Winnipeg in a ‘step-up moment.’ Glenn Schiiler, Carlo Colaiacovo and Pierre LeBrun break down the huge win for the Habs over the Jets.