Note:  The Jets practiced on Tuesday in Ottawa as they got ready for today’s re-match with the Senators. Check back for the pre-game report following skate at the Canadian Tire Centre for updates as well as for the media availability with players and coach Paul Maurice. Puck drop is at 6 PM CDT. Join us afterwards for our post-game show here (be sure to smash that like/subscribe button).

Note II:  The Moose have another day off today after wrapping up their four-game series with the Senators on Monday.  They get back on the ice on Wednesday to practice for their final home series of the season which gets going on the 22nd against the Heat.

Winnipeg Sun: Benn had ‘a feeling’ he’d be on move … D-man brings COVID antibodies, new family.  Paul covers the player acquired by the Jets on Monday who spoke for the first time on Tuesday.

Winnipeg Free Press: Benn gets set to join Jets. (Paywall). It will be interesting to see if the veteran defenceman is able to crack the lineup.

Winnipeg Free Press: Maurice puts Monday’s debacle in past as Jets prepare for rematch with Sens. (Paywall).  One thing the Jets have been consistent with this season is not getting too high after a win or too low after a loss. 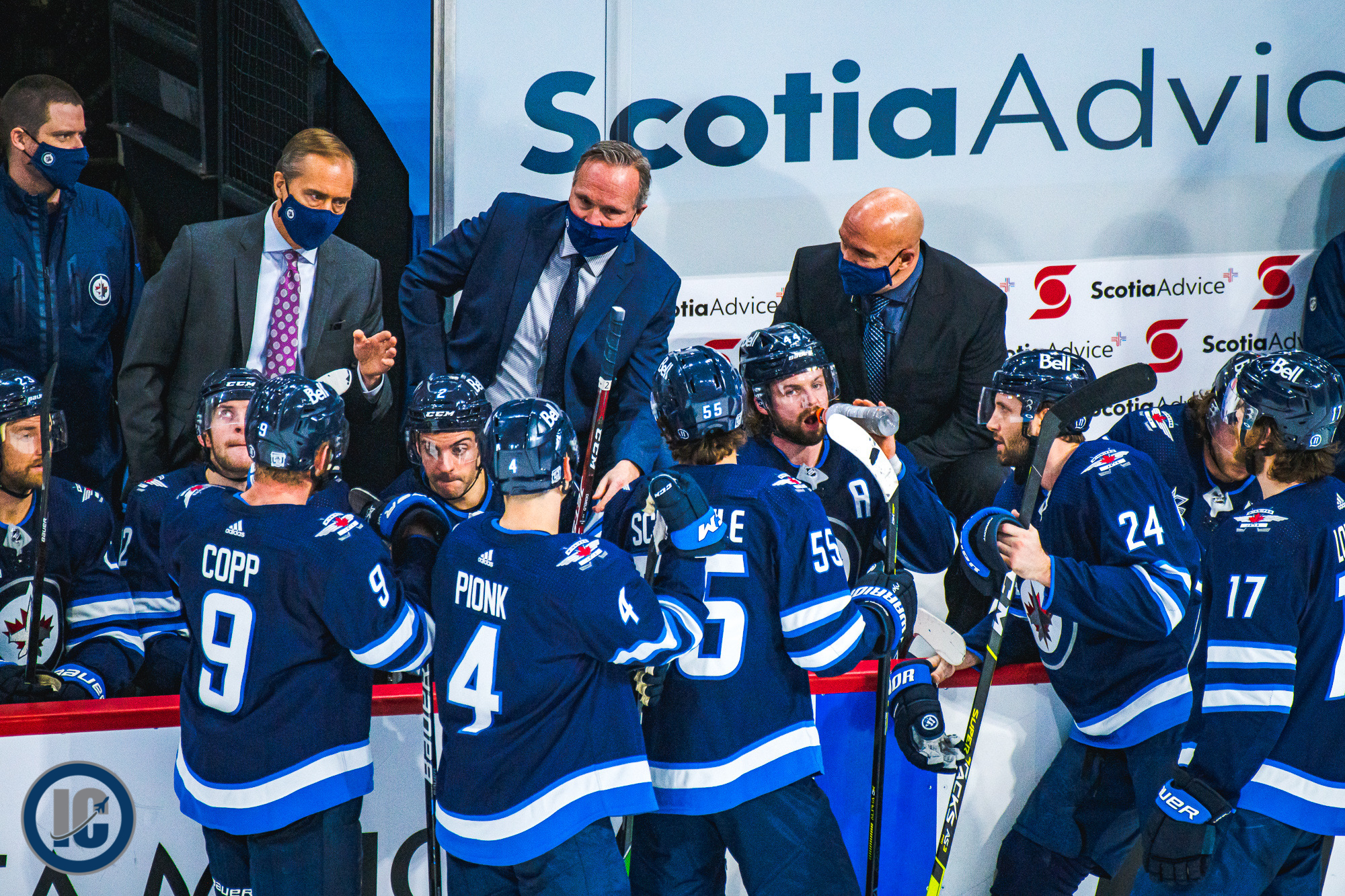 Illegal Curve: First media availability with defenceman Jordie Benn. Winnipeg traded for him on Monday and he spoke for the first time on Tuesday as a member of the Jets.

TSN: Jets focused on moving past disappointing loss to Sens. A day after their 4-2 to the Senators, the Jets reflected on what went wrong, including not playing hard enough on Ottawa’s defencemen, and not getting enough shots through to the net.

TSN 1200 Ottawa: Next two weeks will be telling for the Jets. Jets PxP voice Dennis Beyak on broadcasting games remotely, Jets not doing much at the deadline, chances of getting out of the Canadian Division, Pierre Luc-Dubois and injury to Blake Wheeler.