A look at the game 43 projected lineups and pre-game interviews.

The Jets have won two of their three games on this road trip but their last contest on Monday against the Senators left a bad taste as a two goal lead evaporated with four straight by Ottawa to take the game. 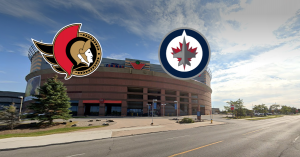 It was an optional skate for the team today.

Jets coach Paul Maurice confirms it will be the same lineup except Laurent Brossoit in net.

1. Lineup for tonight?
2. Integrating a new player during covid.
3.  Tinkering with the lines.
4. List of priorities for final 14 games and trying to get team to peak at right time.
5. On trying new D pairings.