Note:  The Jets lost the first game of this homestand last night as the Leafs won the game 3-1.  And it may have been more costly than a regulation loss as the team lost captain Blake Wheeler who didn’t return to the game after the 1st period.  No update today as the team cancelled their previously scheduled practice.  They are back on the ice on Friday as they get set for the re-match with Toronto.

Note II:  After taking Wednesday off the Moose are back into practice mode for almost a week before this 17-game homestand gets going again next week when they welcome Belleville to the city.

The Athletic Winnipeg:  Blake Wheeler uncertainty looms, top prospects shelved, and who’s the ideal playoff opponent?  (Paywall).  Murat opens up his notebook to touch on a number of topics related to the local NHL squad.

Winnipeg Free Press:  Canucks’ COVID situation may lead to long break for Jets. (Paywall).  As I said on last night’s Illegal Curve Hockey Post-Game show it means the Jets had best throw everything they’ve got at the Leafs on Friday cause they could have until next Thursday (@ Montreal) to rest and recover if the two Canucks games (Sunday and Tuesday) get postponed.

Sportsnet: Jets dealt potential blow with loss of ‘heart and soul’ Wheeler.  It was tough for the team to lose him in game. With a day off today the first update will come on Friday.

Winnipeg Sun:  Jets stagger out of gate, lose captain, in loss to Leafs. It was the start many expected but were hoping to avoid. 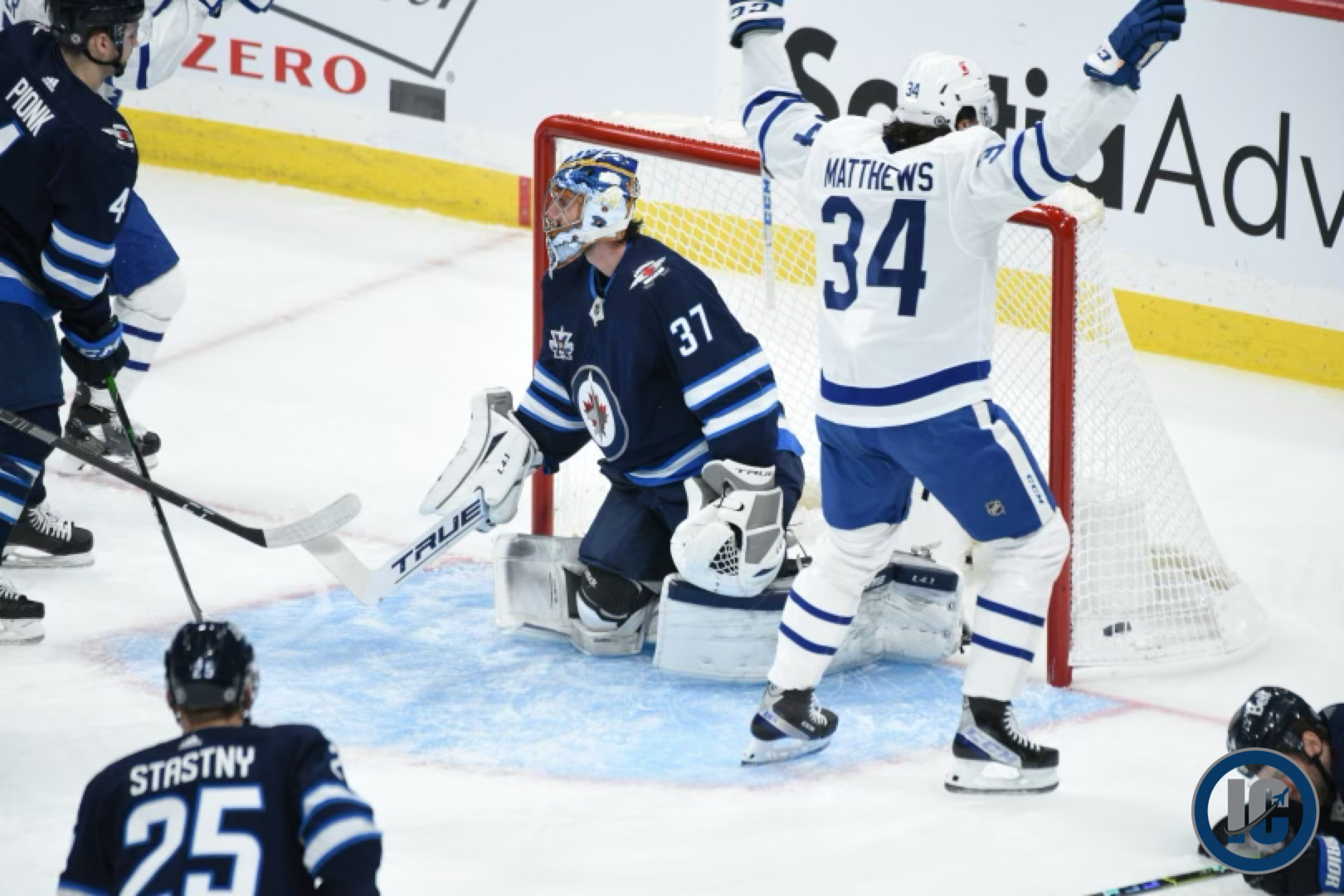 Winnipeg Sun: Jets Snapshots.  In his latest column Paul looks at: 1) Little trade talk in Jets’ room. 2) Dubois line here to stay ‘for a while’

Winnipeg Free Press: New No. 2 line gets a ‘D’. (Paywall). Hard really to grade given Wheeler left the game with 2/3 of the game still to play. Feels more like an incomplete to me.

Toronto Sun:  Matthews line, Campbell shine as Maple Leafs start four-game trip with win in Winnipeg.  Read about the game from the perspective of a writer that covers the Jets opponent.

Toronto Sun:  First place in NHL North could have its perils. Seems likely the way this is playing out that this will be Toronto’s spot to lose and who they play is a crapshoot at this point.

TSN: Button praises Hyman’s performance against Jets: ‘He’s never stopped impressing me’. Zach Hyman put his stamp on the Maple Leafs’ game against the Jets on Wednesday night, picking up a goal and a helper in the first period, and setting the tone for his teammates. TSN’s Craig Button explains why he loved Hyman’s performance, and also spoke about the strong play of Ilya Mikheyev.

The Jets homestand continues this afternoon as they take on the Ducks.