Note:  The Jets and Habs did battle last night with Montreal coming out on top after taking advantage of some turnovers to win it 4-2.  Today Winnipeg is taking a day off.  They will be back for another gameday with the Canadiens on Wednesday.

Note II: After a couple of days off the Moose are scheduled to hit the ice today for practice at 12 noon.  They have a lot of practice coming up as they do not play again until March 25th.

Sportsnet: 31 Thoughts. Relevant points for the local NHL club include: 2 (Jets need for a Dman, either Ekholm or Savard) and 3 (the Preds ask on Ekholm).

Winnipeg Sun: Jets can’t kick the bad HAB-it.  A few mistakes at inopportune time plus the stellar play of Habs goalie Carey Price in his 700th game ended up as a bad recipe for the Jets. Scott with more from last night’s game. 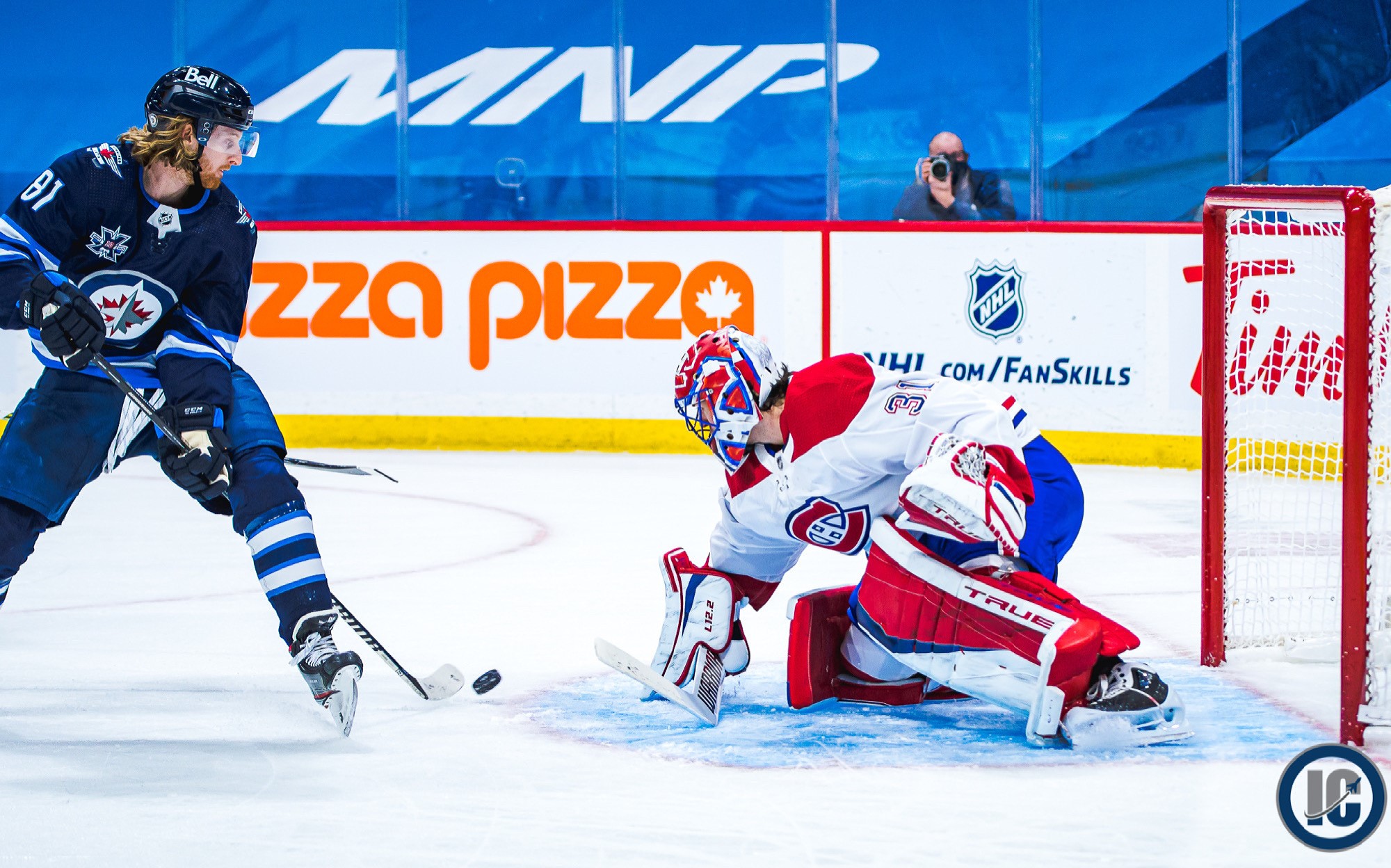 Winnipeg Sun: Quarantine doesn’t faze Jets’ Cheveldayoff. If there is an opportunity to strike then you may as well go for it, provided the price isn’t gonna be an arm and a leg.

Winnipeg Sun:  Criminally underrated, Jets’ Ehlers has quietly grown into an NHL powerhouse.  His contract looked like a steal before.  Now it is simply theft of the highest order.

Winnipeg Free Press: Solution to Jets’ challenges might be right here at home. (Paywall).  There seemed to be some interpreting the words of GM Kevin Cheveldayoff as signaling that some of the recruits down on the farm would potentially be up with the big club.  Mike with more on this topic.

Montreal Gazette: Carey Price shines in his 700th career game. Read about last night’s contest from the perspective of a writer that covers the Habs.

Sportsnet: Cheveldayoff open to taking another swing if price and fit are right.  It is certainly setting itself up to be an interesting little less than a month to the trade deadline as teams have to decide if they want to wait to April 12th when they factor in the quarantine.  Ken has more on the mindset of the Jets GM who spoke today.

The Athletic Winnipeg: Five Jets trade deadline predictions based on the latest from GM Kevin Cheveldayoff. (Paywall). Murat put his ears to the test during the presser this afternoon to deduce some things.  His five include: 1) Winnipeg will be active in the trade market. 2) The Jets will not wait until the trade deadline. 3) It’s audition time for Heinola and Harkins. 4) Winnipeg will be active in the UFA market – to an extent. 5) Winnipeg will pursue a rental over a player on a multiyear deal.

The Athletic: Why the NHL’s all-Canadian division has been a fun — and frantic — experience. (Paywall). While it is understandable why the NHL wants to return to the old format I think it would be a mistake to not work in more games between the Canadian teams.

Sportsnet: Puck management hurts Jets in loss to Canadiens. Sean Reynolds and Ken Wiebe discuss the Winnipeg Jets’ puck management being the difference tonight costing them the game against the Montreal Canadiens.

TSN: Habs capitalize on multiple mistakes from Jets. The Jets’ defence remains a talking point as one of their weaknesses and that was on display Monday, as the Canadiens capitalized on a number of mistakes. Glenn Schiiler is joined by Pierre LeBrun and Craig Button to breakdown the Habs’ victory.