Note:  The Jets went into their concluding game of the five-game road trip and handled their business more than matching up well against the Leafs.  If not for a small lapse in the 2nd it might not have been as close a game as it was but Winnipeg was too strong as they played a complete team game to take it 5-2. They are off today and will play a pair of home games against the Habs starting on Monday.

Note II:  It was a busy day on Saturday for the Moose as well as they  closed out their four-game series with the Heat in the afternoon.  We saw goalie Eric Comrie get his first start for Manitoba in over a year.  They rolled to a 4-2 win over Stockton, which was a team that going into the game had won eight straight games, with plenty of help from Jets prospects including David Gustafsson who scored his first of the year and Cole Perfetti who got the game-winning goal. It was a prospect heavy win which included Dylan Samberg picking up his first pro point. With the win the Moose improve to 7-7-2-0 on the season.  They have 12 days between games.  Today is a day off.

Winnipeg Sun: Jets turn tables on Leafs, dominate division leaders in 5-2 victory. We had said during the IC Show on Saturday morning that it would be a big test for Winnipeg last night and most important how they responded after the previous two games where the Leafs took the play to them for most of the games. As Scott wrote they responded quite admirably.

Winnipeg Sun: The value of veteran players, and the challenge of finding the right ones.  This was written before last night’s game but I didn’t do an Afternoon Links so you should give it a click here.  Scott wrote about Maurice’s philosophy on veteran players, the play of the 2nd line and the midway point of the season. 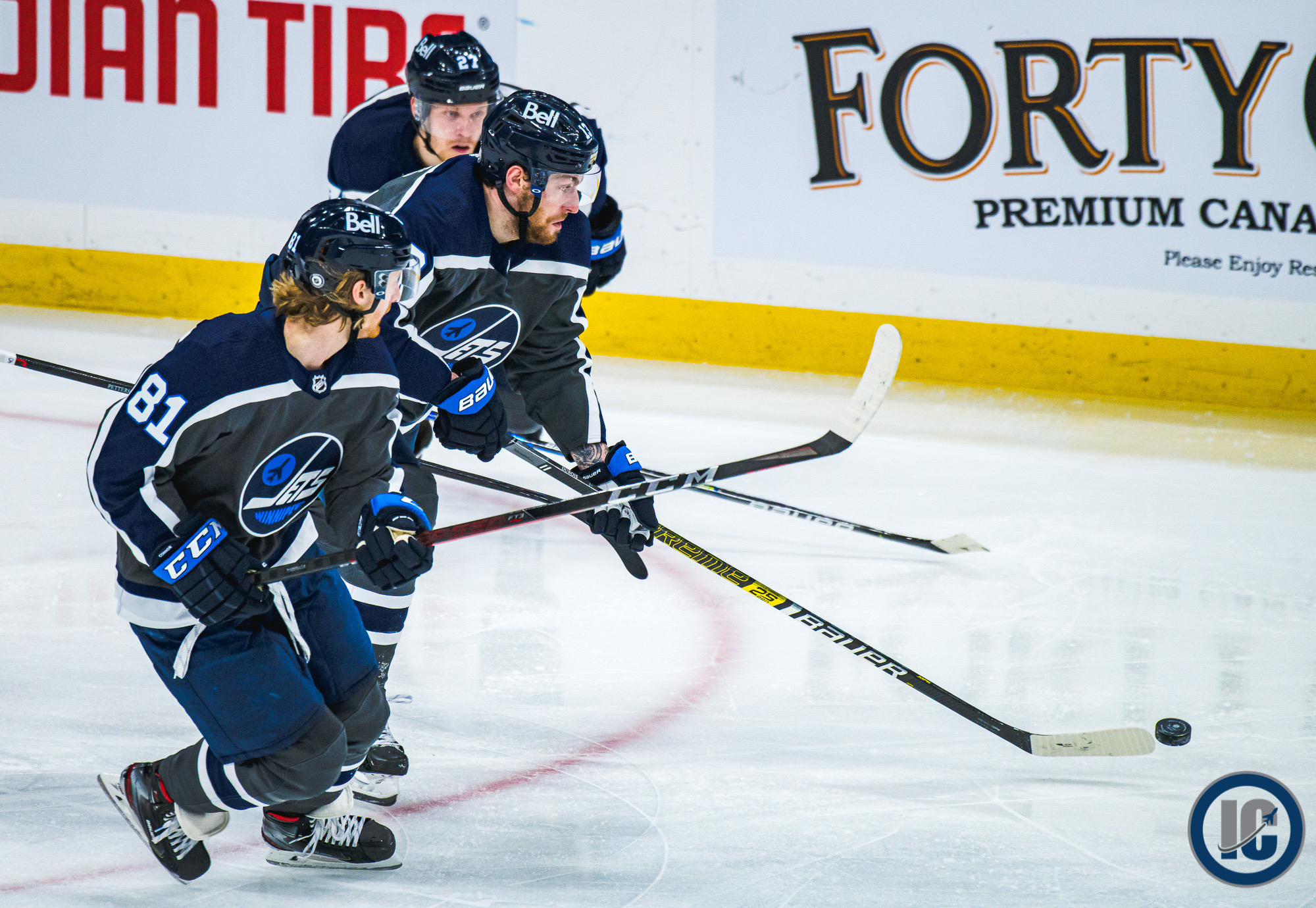 Toronto Sun:  Jets close gap on first-place Maple Leafs.  This race could have been over had the Leafs taken care of business during this three-game series.  Instead they can feel the Jets breathing down their necks as the race gets closer.  Read about the contest from a writer that covers Toronto.

Winnipeg Free Press: Jets knock down Leafs 5-2. (Paywall).  Jeff gives you his assessment of last night’s action in this recap.

Toronto Star: ‘We weren’t close.’ The Leafs were no match for the Jets, and their North Division lead is in danger. It is amazing to me how one came can take teams from feeling like giant slayers to the complete opposite end of the spectrum.

Sportsnet:  Jets take rubber match from Maple Leafs, close in on North Division lead. Walking out of that three-game series with the Leafs with five of six points was a pretty big win for Winnipeg.  Especially when so many gave them so little chance to walk away with a single win heading into that series.

TSN: Poulin on what has led to Maple Leafs’ shrinking division lead. The Jets got the better of the Maple Leafs again and gained some ground on the North Division leaders during their three-game series, earning five out of a possible six points. TSN Hockey analyst Dave Poulin explains what has led to Toronto’s shrinking lead in the North and why Winnipeg is able to matchup so well against the Leafs.

Topics: Winnipeg Jets week-in-review. Assessing the Jets forwards at mid point of the season (exceeding, meeting or below expectations).