Note: The Jets, thanks in large part to goalie Connor Hellebuyck, picked up another point last night in their series with the Leafs dropping the game by a final score of 4-3 in overtime.  Today they are scheduled to practice at 11 AM CST as they get set for the third and final game of this series on Saturday. Stay tuned for the Practice Report.

Note II: The Moose points streak ended last night at four games as the Heat continue to roll winning 2-1 over Manitoba, which was the visitors eighth straight victory this season. The Moose are scheduled to practice today at 12 noon.

Note III: A reminder that you can watch the third episode of Sean Reynolds and Ken Wiebe of Sportsnet show ‘Live with Kenny and Renny’ starting at 9 AM which will be available on their YouTube channel.’

Winnipeg Sun: Jets trying to find balance as high-danger shots pile up.  Lots of talk about high-danger chances from the series.

The Athletic: Trade fits these 6 contenders should explore ahead of NHL deadline. Two of these involve Mattias Ekholm. One going to the Bruins and other to Jets. Unrelated to this article but on the topic of trade speculation it is probably also worth noting that there were reports on twitter that the Jets had folks (including AGM Larry Simmons) in attendance at last night’s Blue Jackets/Panthers games.

Winnipeg Sun: Loose Jets drop OT decision in TO.  If reducing high-danger chances was the objectives they didn’t quite hit the mark in last night’s contest. 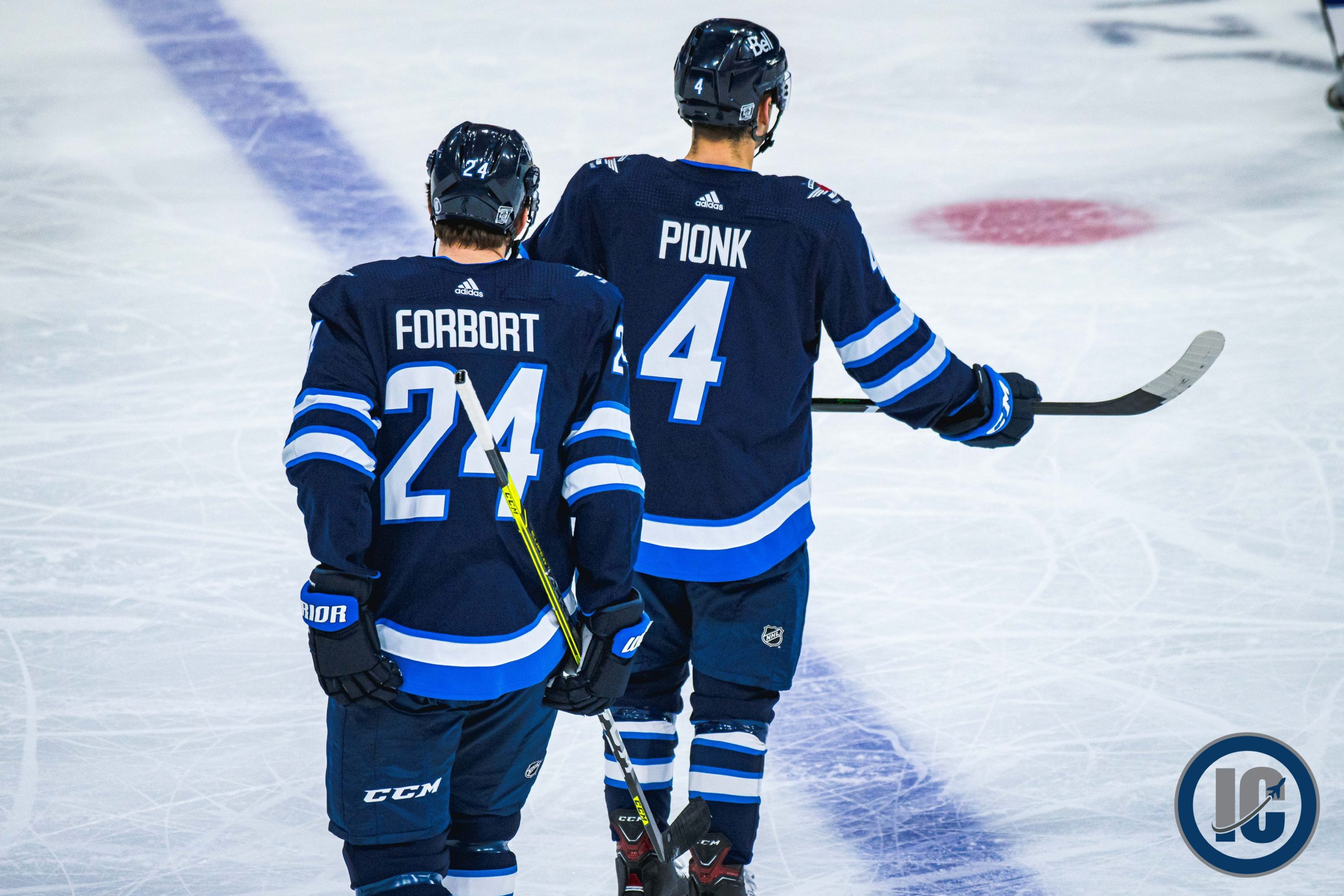 Sportsnet: Hellebuyck’s heroics for Jets making life difficult for Maple Leafs. Don’t like to say “deserved a better fate” but that seems appropriate given how hard he worked for his teammates.

Toronto Star:  Auston Matthews works overtime for the Leafs, scores another game-winner to beat Jets.  Read about the game from the perspective of a writer that covers the Jets opponent.

Toronto Sun:  Even with his shot hindered, Matthews’ magic prevails.  If that was him hindered watch out.

The Athletic:  16 Stats. (Paywall).  Number 6 looks at the Jets as a model breaking team and 7 Scheifele’s ability to create high-danger passes.

The Athletic Winnipeg:  Q & A with Jets’ Dylan DeMelo. (Paywall).  Murat spoke to the defenceman on making the most of NHL opportunities, using his platform, becoming a dad and more.

Winnipeg Free Press: Struggling Moose still perplexed at Iceplex. (Paywall). They’ve now gone 0-1-2-0 but have 14 more games at home in order to get it worked out. Taylor recaps the action from his spot inside the IcePlex.