Note: Once again the Jets showed their ability to bounce back after a loss as they took a 1-0 lead over the Canucks and didn’t look back on their way to a 2-0 win.  Even if that isn’t entirely accurate they were right to feel confident that backup netminder and Vancouver product Laurent Brossoit would bail them out as he picked up his second career shutout in the same building he picked up his first one back on December 22nd, 2018.  Today they are scheduled to practice in Vancouver ahead of the final game of this four-game road trip.  Pierre-Luc Dubois watch continues so be sure to stay tuned for the Practice Report.

Note II: Four games in five days done for the Moose who lost the first couple and win the last two, including today, to split series 2-2 with Marlies. Lots of time on ice for Jets prospects Perfetti, Samberg, Heinola, Gawanke, Chisholm & Kovacevic (suspended last 2).  Goalies say they want to play every game. Jets prospect Mikhail Berdin proved that this week playing all four games (in five days) for the Moose. He stopped 81 of 84 shots the last two games.  Off day for Manitoba today.

Note III:  We have been so busy that it has been awhile since I posted an Overseas Prospect Report however Jets 2019 4th rounder Henri Nikkanen is forcing me to keep an eye on what he is doing over in Finland. He has caught fire in February scoring four goals and adding five assists in nine games including this one last night for his Jukurit team in the Liiga.

Note IV:  Be sure to join us on the Illegal Curve Hockey Show today as we will be chatting all about the Winnipeg Jets, Manitoba Moose and taking a look around the NHL this morning starting at 9:00 a.m. CT. Today’s guests include Ken Wiebe (Sportsnet), Gary Lawless (Vegas Golden Knights) and Anthony SanFilippo (Flyers writer for CrossingBroad.com).  You’ll be able to watch via YouTube live here.  If you cannot watch live you will still be able to get the show via Podcast.

Sportsnet: Laurent Brossoit staying laser-focused between rare starts.  The backup netminder has returned to the form folks came to expect of him when he first got to Winnipeg.

The Athletic: 4 potential trade destinations for Mattias Elkholm. (Paywall). LeBrun lists the Jets as a possible fit for the Nashville.

Winnipeg Sun: Brossoit spectacular in blanking Canucks. He was sensational. Both goalies were last night. But give the BC product credit as he showed again that there is no place like home.

Winnipeg Free Press:  Brossoit backstops Jets to 2-0 win over Canucks. (Paywall). Solid work by Mike to determine that Brossoit’s shutout streak pre-dates his time with Winnipeg and realized that the backup netminder had 19 with the Oilers when he came into a game in a relief appearance.

Winnipeg Free Press: Scheifele’s a superstar, so where’s the love? (Paywall).  I obviously don’t pay enough attention to what is being said outside this market.

Winnipeg Free Press: Calm, balanced approach to game, life is what matters to unassuming Stastny. (Paywall).  Really great read by Jeff on a player who earns rave reviews from his teammates.  When he gets mentioned during media availability players tend to gush about what he brings on and off the ice. 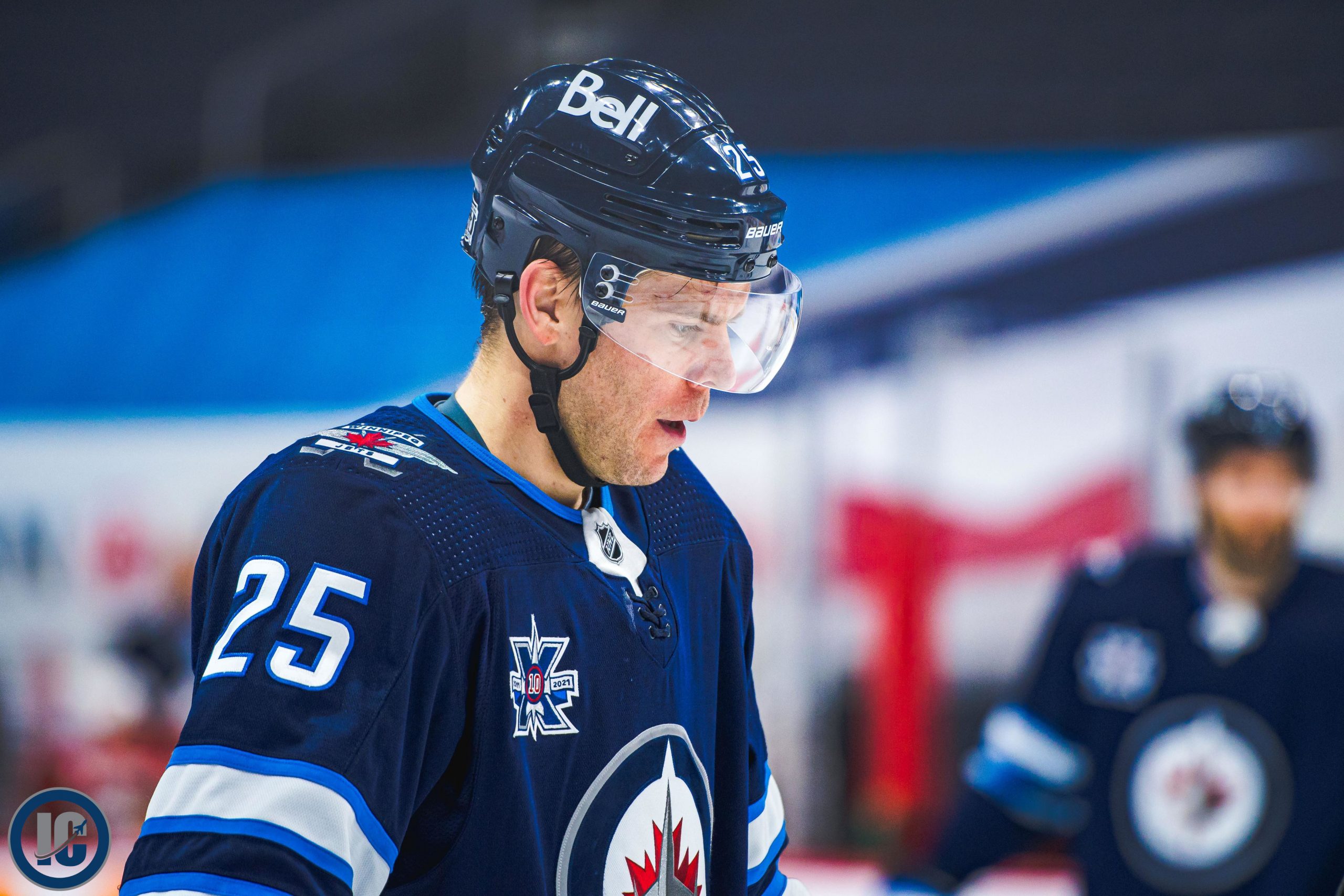 The Province: Hard to win when you don’t score.  Check out this recap of last night’s contest.

Sportsnet: Canucks squander chances once again as modest streak ends. Read about the game from a writer that covers the Jets opposition.

TSN: Jets played to their strengths – speed and goaltending. The Winnipeg Jets were cleared for take off on Friday night, flying around the ice and overwhelming the Canucks. Aside from the speed, they got great goaltending from Laurent Brossoit, who stopped 29 shots for a shutout. TSN Hockey analyst Mike Johnson weighed in.