Note:  The Jets took it on the chin after a decent 1st period last night against the Canuck found them down 2-1 and they were unable to generate anything in periods 2 and 3 which ultimately saw them fall 4-1 to Vancouver. Today they have a practice scheduled for 1 PM.  Stay tuned for the Practice Report.

Note II:  The Moose are off today.  They’ll resume training camp on Monday. 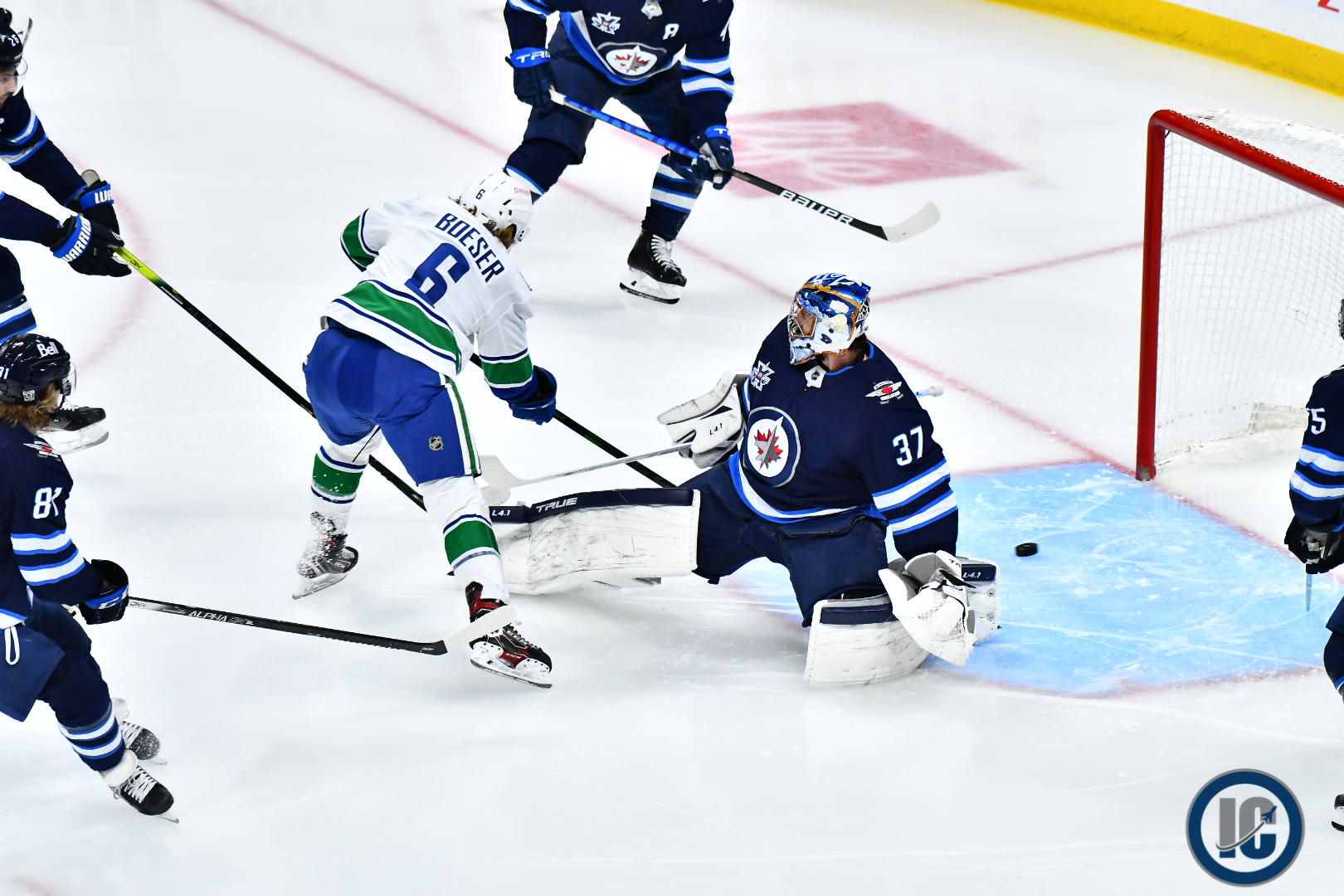 Sportsnet:  Saturday Headlines.  The second part of the segment talks about Pierre-Luc Dubois and his quarantine.  Basically that the Federal government hasn’t signed off on decreasing it from 14 days but it appears the Manitoba government would be comfortable with the “working quarantine for players”.

Sportsnet: How Nikolaj Ehlers has become one of the NHL’s top scorers this season. The growth in his game this season has been simply next level.

Topics: Once the quarantine is over, where will Pierre-Luc Dubois slot in among the Jets forwards, The early season success of Adam Lowry and Andrew Copp, Tucker Poolman comes off the COVID-19 list, The play of Logan Stanley, What should the Jets do with Ville Heinola, Dylan Samberg and Kristian Vesalainen