Note:  We hope you were able to enjoy New Year’s Eve at home and are ready to kick off 2021 looking ahead to all the latest Jets and Moose news.  Training camp is right around the corner in Winnipeg so we will have plenty to come.  Reminder we also return on Saturday after taking a week off from the Illegal Curve Hockey Show with a training camp preview as well as our usual look around the NHL.

Note II:  Speaking of training camp the Jets are expected to release their camp roster and schedule.  Be sure to stay tuned for that. Update: Here is the full roster and the three players signed to PTOs.

Note III:  Jets 2019 1st rounder Ville Heinola was injured when he blocked a shot last night against Canada.  The Finnish coach indicated it was a “little injury” post-game. Update: According to Scott Wheeler of The Athletic in Edmonton this morning Heinola was practicing with Team Finland.

Sportsnet: Mailbag.  You had pre-training camp questions and Ken had answers.  Ranged from number of games Hellebuyck plays this season, to prospects making big club to Perreault’s status and more.

NBC Sports:  Jets blue line ready for takeoff after last season’s struggles.  There is usually a lot of doom and gloom associated with the Jets backend.  Marisa writes about whether this group can find its identity in a shortened season. 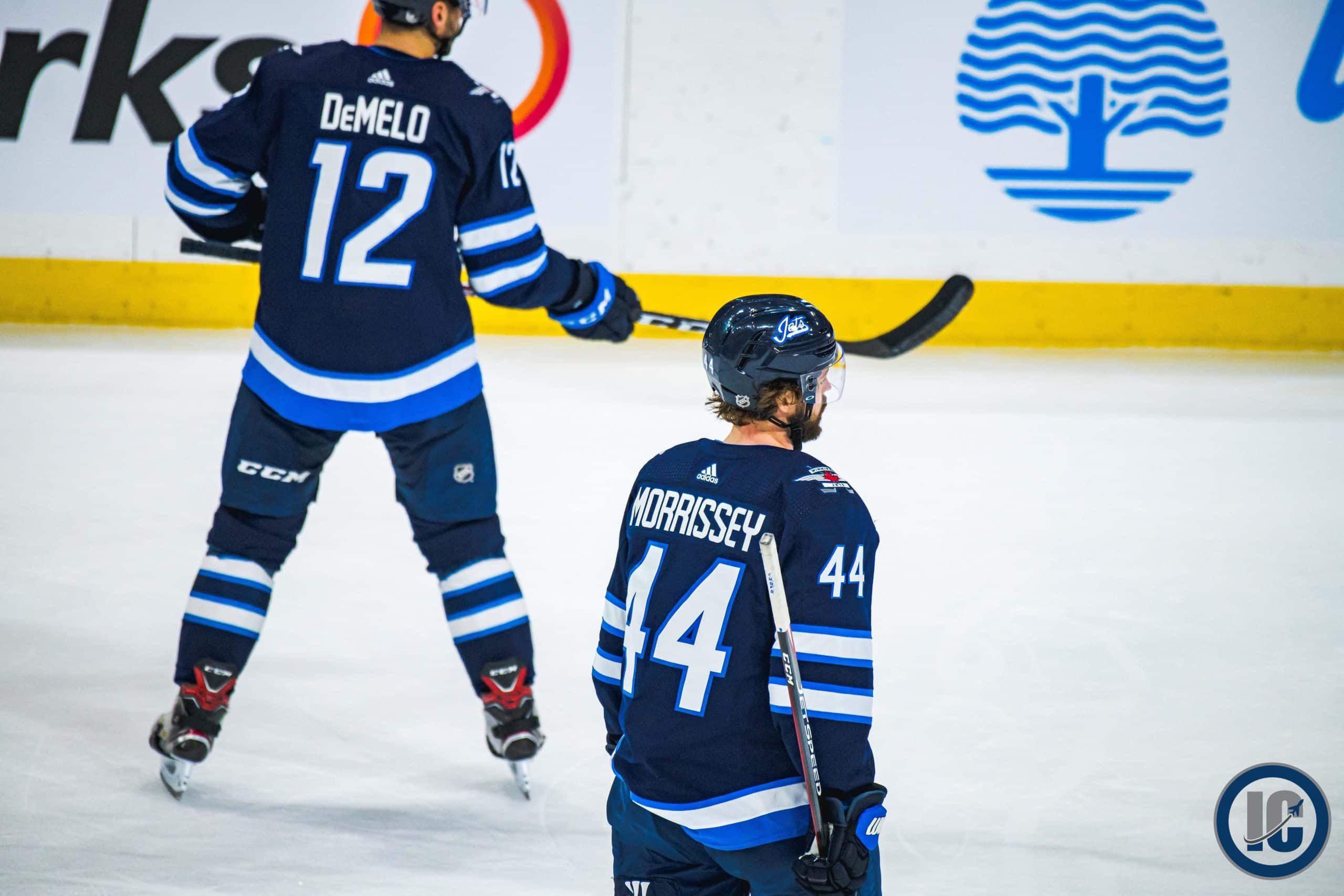 JetsTV: Ground Control Podcast. In the 88th episode of Ground Control Tyler, Mitchell and Jamie set the stage for training camp as the team gets ready to begin activities on January 3rd. They also touch of Cole Perfetti, Ville Heinola and Henri Nikkanen who are on display in Edmonton at the World Juniors. The guys also bid adieu to 2020, recalling their favourite moments from the past year. Jamie and Mitch also welcome the ‘GST’ line to the podcast as Tanner Glass, Jim Slater and Chris Thorburn recall their time playing together on the Jets back in 2011-12 and share some great stories.