Playoff news: Rangers could give the Devils the bye-five. Devils have narrow margin of error. Kings determination was key in Game 1. Coyote loyalists still proudly howling after all these years.

Winnipeg Sun:  Coyotes dreaming in Winnipeg.  Do you regret not getting the Coyotes?  Aside from the return of the Jets 1.0 history (and the fact that they’re in the 3rd round) do you wish Winnipeg had received Phoenix instead of Atlanta?  If the Yotes stay and when the Jets move to the West, I still think they will be the best rival for the Jets. 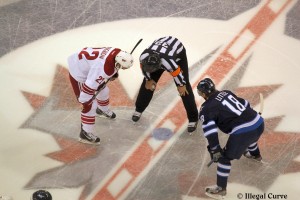 The Telegram:  Albert’s been a fast learner.  Love the reference to the old Canadian Tire commercial.  Also enjoy the fact that fans in St. John’s appear to be as inventive as those in Winnipeg with their chants.

VOCM:  IceCaps hit the road.  First two games of the 3rd round take place in Virginia.  Only good news for St. John’s is they have been an excellent road team this season.

New York Daily News:  Rangers could give the Devils the bye-five.   Way, way too early to start celebrating.  Ask the Flyers what happens when you take New Jersey lightly.

Star-Ledger:  Devils have narrow margin of error against Rangers.  The Rangers finished first in the East for a reason.  They are opportunistic and a team cannot afford to give them an inch.

L.A. Times: Kings determination was key in Game 1.  After both 1st games in each Conference, people are already imagining the impact of an L.A. vs. New York final.  The Kings will need to show a similar resolve in Game 2 if they hope to storm past the Coyotes.

Arizona Republic:  Loyalists still proudly howling after all these years.  You cannot question the loyalty of fans (number yes, loyalty no).  Every team has a core of hard core fans who will support the team through thick and thin.