Note: On Monday morning TSN hockey insider Darren Dreger was on the TSN Toronto 1050 show First Up. Towards the end of the interview he was asked about the comments his colleague Pierre LeBrun reported on Insider Trading last Thursday reportedly made by Patrik Laine’s agents. This is what Dreger had to say about the Laine situation.

Sportsnet:  Jets depth chart: Are more blue-line reinforcements on the way?  Long read from Sportsnet’s Ken Wiebe here on the Jets d corps and a preliminary look at the Jets depth chart based on the players currently under contract.

Winnipeg Free Press: Losing Laine worst outcome for Jets. (Paywall).  Mike reacts to the drama-rama that has gripped Winnipeg for the last week.

Winnipeg Sun:  Imagining an all-Canadian division and how the Winnipeg Jets would fare.  I suspect you could get all of Canada on board to see the other six franchises in a condensed schedule.  The best news I read about next season was in Eric Duhatschek’s Friday night column in The Athletic laying out a 48-game season (much like in the lockout shortended season of 2012-13). 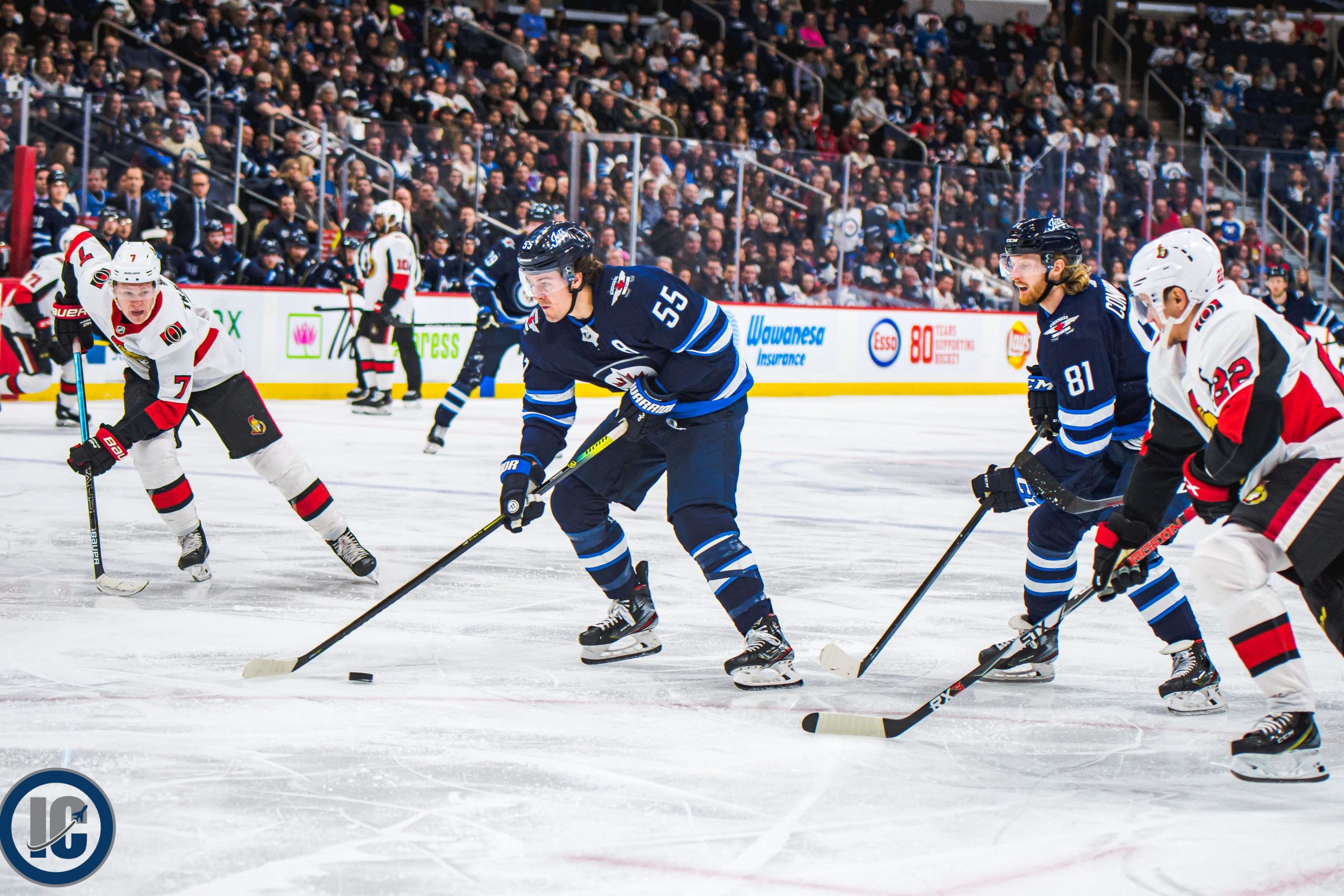 Jets official Site:  Nate Thompson to wear 11 in honour of Rypien.  One of the newest Jets did his homework before selecting his new number.  It was a number Thompson wore with the New York Islanders over a decade ago but he talked to folks within the Jets organization to make sure they were fine with him wearing a number that has a lot of meaning to them.

Sportsnet:  Are the Jets and Laine heading for an inevitable split? Jesse Fuchs is joined by Sportsnet’s Sean Reynolds to discuss the latest in the Patrik Laine-Winnipeg Jets saga, detailing how things became so sour between one of the leagues best goal scorers and the organization that drafted him.

TSN 1290 Winnipeg:  There’s an understanding between both sides where this is probably headed. TSN Hockey Insider Pierre LeBrun joined Rick Ralph and Paul Edmonds on the Afternoon Ride. They talked about Pierre’s discussion with Patrik Laine’s agents and the possibility that Laine could be traded.