Note:  While the Jets did their best to “stay in the fight” they ultimately couldn’t keep up with the Flames in last night’s 4-0 loss in game 4 which eliminated Winnipeg from the play-in series.  Following the game Jets bench boss Paul Maurice provided some clarity on his skating wounded.  What happens next is unknown but I suspect it will involve some sort of end of season availability.  We will advise when it becomes known.

Note II:  While normally it would be a long time (aside from end of season housekeeping) for more news the Jets silver lining could come on Monday when they will be one of eight teams who have a chance to win the first overall pick at the 2020 draft.

NHL.com: Jets have reasons to be optimistic despite losing in Cup Qualifiers.  Time to look for the silver lining and for the Jets that reality is you have a much easier summer than you did last summer.

The Athletic Winnipeg:  In a season haunted by ghosts, Jets’ whirlwind ends without regret. (Paywall).  It cannot be easy to have been part of this attempt to return to play only to go home less than two weeks after it all got started in Edmonton.

Winnipeg Sun:  Jets continue to go in wrong direction with loss in qualifying round.  The headline is a tad harsh given the losses of Mark Scheifele and Patrik Laine.  Not sure many teams can lose those two types of players and be able to compete. 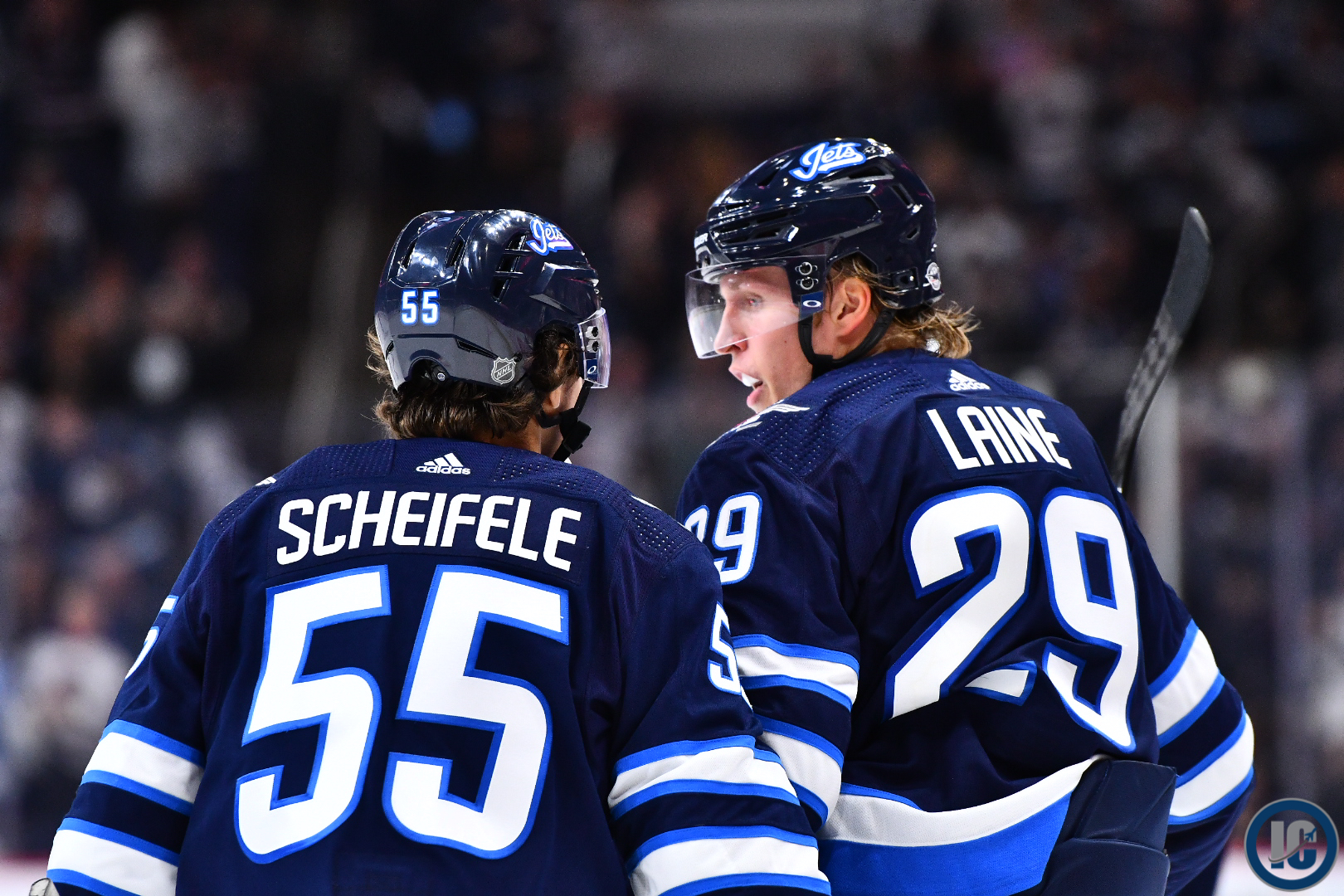 Winnipeg Free Press:  Short-handed Jets never got to show full potential. (Paywall).  After a relatively injury free training camp it really seemed like Winnipeg was going to have a chance to ice their full squad but game 1 of the play-in series changed all of that.

Winnipeg Free Press:  No miracle for Jets as they go down 4-0 to Flames.  (Paywall).  Mike recaps the loss from his spot inside Rogers Place.

Calgary Sun:  Flames punch playoff ticket with elimination of Jets in play-in round.  Check out the recap for the perspective of a Flames reporter.

Sportsnet:  Jets’ adversity-filled year ends with ‘complete emptiness’ after elimination.  Had this been story book ending Winnipeg would have rolled along to the Stanley Cup given what they dealt with during 2019-20 but this is real life and with the loss of 55 and 29 there wasn’t going to be a happy ending for this short-manned Jets team.

Sportsnet: Milan Lucic helps Flames fight through series win against Jets. The big man for Calgary was able to get it done with his fists but also had an impact with his stick.

TSN: Losses of Scheifele and Laine too much to overcome for Jets.  After Game 1 saw Winnipeg lose both Mark Scheifele and Patrik Laine, it was an uphill climb for the Jets that ultimately came up short. TSN’s Craig Button has more on the Jets’ struggles, and how strong Calgary looks heading into the round of 16.

TSN:  Injuries led to Winnipeg’s untimely end. TSN’s Sara Orlesky says that while the losses of Mark Scheifele and Patrik Laine were obviously tough to overcome, there is also much credit due to the play of Cam Talbot in the Flames net.

Sportsnet: Starving for offence, Jets needed stars to produce in order to move on. Sportnet’s Ryan Leslie and Ken Wiebe dissect the series between the Winnipeg Jets and Calgary Flames and why the Jets fell short.