Note:  The Jets concluded August long weekend with a critical 3-2 win in Game 2 against the Calgary Flames to even their play-in series with Calgary at one win apiece.  There is no rest for the wicked however as the Jets and Flames meet again at 5:45 pm CT today.  Be sure to check back for our pre-game report and post-game recap as we will bring you reaction from Jets players and coach Maurice.

Sportsnet:  Analytical observations: How the Penguins, Jets rebounded in Game 2.  Some insight into the manner in which the Jets were able to bounce back.

Sportsnet:  Flames preparing as if Jets’ Scheifele, Laine will make unexpected returns.  Cue the Undertaker rising from the grave GIF.

Illegal Curve: Former Jets prospect Michael Spacek signs with Finnish hockey team Tappara.  Not a surprise that he will be heading overseas after an inconsistent 2019-20 season.

The Athletic Winnipeg:  ‘He just catches your eye’: How Jansen Harkins developed playoff-ready resilience.  (Paywall).  This tweet of mine from 20 months ago (January 2019) quantifies the mistake looking for instant gratification with prospects can be.  I wrote “His play of late has me reflecting on the Tortoise and the Hare fable.” and with Harkins that proved accurate.

Winnipeg Sun: Jets Snapshots.  Ted wrote about: 1) Ehlers makes up for critical mistakes by scoring first ever NHL playoff goal. 2) Dealing with injuries just par for the course. 3) Harkins has earned it. 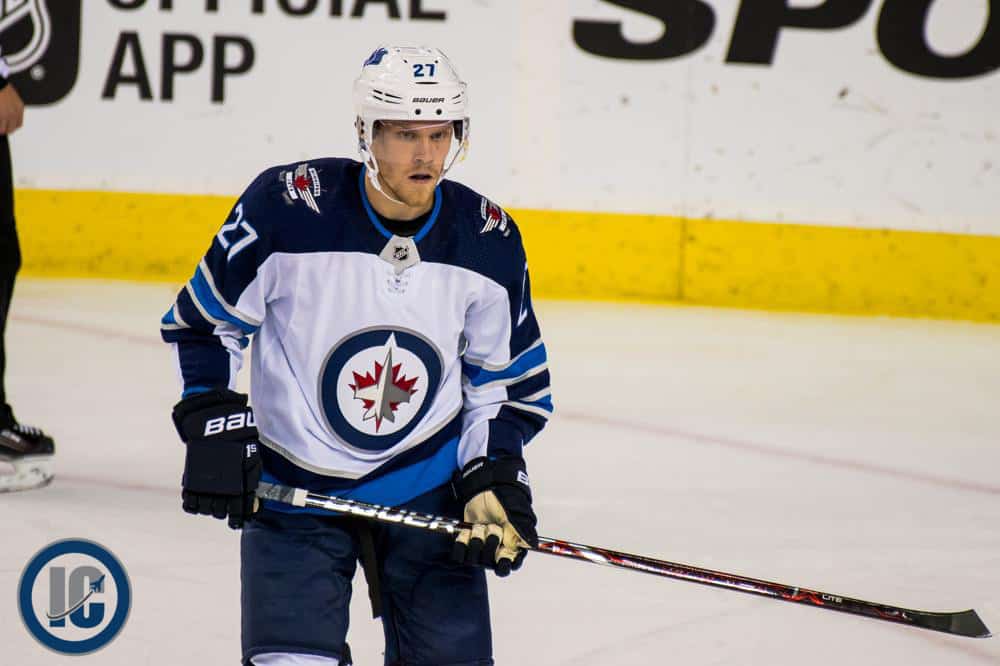 Winnipeg Sun: Jets get back to what they know after solid effort in Game 2.  Scott reflects on all the things he learned during yesterday’s big 3-2 win over Calgary.

Winnipeg Sun:  With Scheifele and Laine out, Jets pull off gutsy win over Flames to tie series.  The Jets never make things easy on themselves and yesterday was no exception but in the end they evened the series and that’s what really matters.  Ted has more from inside Rogers Arena.

Winnipeg Free Press:  Classic Paul Maurice.  (Paywall).  The general assessment from many hockey folks was the veteran NHL coach was employing some gamesmanship after the injury to his top centre.

Winnipeg Free Press:  Jets 3-2 win over Flames evens series at 1-1.  (Paywall).  Mike gives you his thoughts from inside Rogers Place from yesterday’s matinee.

Calgary Sun:  Flames aim to stay out of penalty box in Game 3.  The refs sure don’t appear to be putting up with much crap as they have been a bit trigger happy as they attempt to ensure they maintain control of the game.

Calgary Sun:  Flames drop Game 2 to shorthanded Jets, series now tied.  I believe that they said on the TV broadcast it was the 10th straight game 2 loss for Calgary.  A recap of the action from a writer that covers Calgary.

Sportsnet: Ehlers ends scoring drought to author win with no Laine or Scheifele. The beauty of sports. One moment you feel terrible and the next you are on top of the world. Ehlers likely experienced a few different emotions during Game 2.

Sportsnet:  Undisciplined Flames follow familiar script in Game 2 loss.  From Saturday’s high to Monday’s low it has been quite a swing for Calgary as the all too familiar pattern remains intact.

TSN:  Never-say-die approach fuels Jets to continue to find a way.  Considering the adversity this team has dealt with all season long it isn’t a surprise that they know how to circle the wagons.

The Athletic:  Mastering the game-within-a-game: Nikolaj Ehlers scores his first playoff goal. (Paywall).  It was only a matter of time before the talented Dane broke his drought and although it wasn’t his typical type of goal, perhaps it was the perfect one for a playoff (er play-in) game.

CBC: Retooled Winnipeg Jets do enough to win ‘backs to the wall’ rematch with Calgary.  When folks heard the Jets would be replacing Scheifele, Laine and Appleton with Harkins, Shaw and Bourque it wasn’t exactly met with excitement by the fan base.  However they all had a piece of the Jets win over the Flames.

The Hockey News:  Nikolaj Ehlers redemption arrives when the Jets need him most.  Playoffs provide a player to get their game to that next level as the competition ramps up and here was an opportunity for the Dynamic Dane to provide just that.

TSN:  Fighting through adversity nothing new for the Jets.  The Jets looked to be down and out after losing Mark Scheifele and Patrik Laine, but as That’s Hockey explains, they’ve battled through adversity all year and none of that changed in Game 2.

TSN:  After losing some key pieces, resilient Jets get back in the series.  After losing Mark Scheifele and Patrik Laine the Jets appeared to have an uphill battle against the Flames, but as Sara Orlesky explains, Winnipeg showed off their resiliency and received some key contributions.

TSN: Winnipeg’s depth stepped up as the resilient Jets stole Game 2 from Calgary to even the series at a game apiece. TSN Hockey analysts Dave Poulin and Craig Button join James Duthie to break down the Jets’ impressive effort and credit Nik Ehlers for scoring the game-winner.

Dub Network:  Ice selection of Henri Nikkanen in unusual situation as Ice and Jets prospect.  It really will be interesting to see what happens with the prospect next season.