Note:  The Jets were back to their projected lineup group and black aces squad on Tuesday at the Iceplex.  You can also check out Paul Maurice’s Day nine comments here.

Note II:  For those curious about the TV and broadcast providers for the Jets upcoming games check it out here.

Note III: Group 1 and group 2 are both scheduled to start Day 10 off with a 10:00 AM practice.  Listen to the media availability of Paul Maurice here.  Stay tuned for updates from training camp here.

Winnipeg Sun:  Hellebuyck snubbed when it comes to Hart, even if he doesn’t think so.  My guess is the Jets top netminder will place fourth or fifth in voting for the trophy.  However seeing what Hellebuyck did for this Jets team it really is hard to see a player who was more valuable to his team. At least he should win the Vezina.

Sportsnet: Kyle Connor rounding out his game, with ‘top-10 player’ potential.  There is no doubt that in the offensive zone the speedy winger is continuing to hit new levels.

Winnipeg Free Press:  Shore provides faceoff grit, penalty-killing prowess.  (Paywall).  No flash and dash like many of his teammates but he brings a necessary element for playoff hockey.

Winnipeg Free Press: Determined Dane dismisses drought. (Paywall).  With all the elements that Ehlers has added you get the sense that he will bring another level to his game when the play-in series gets going in Edmonton. 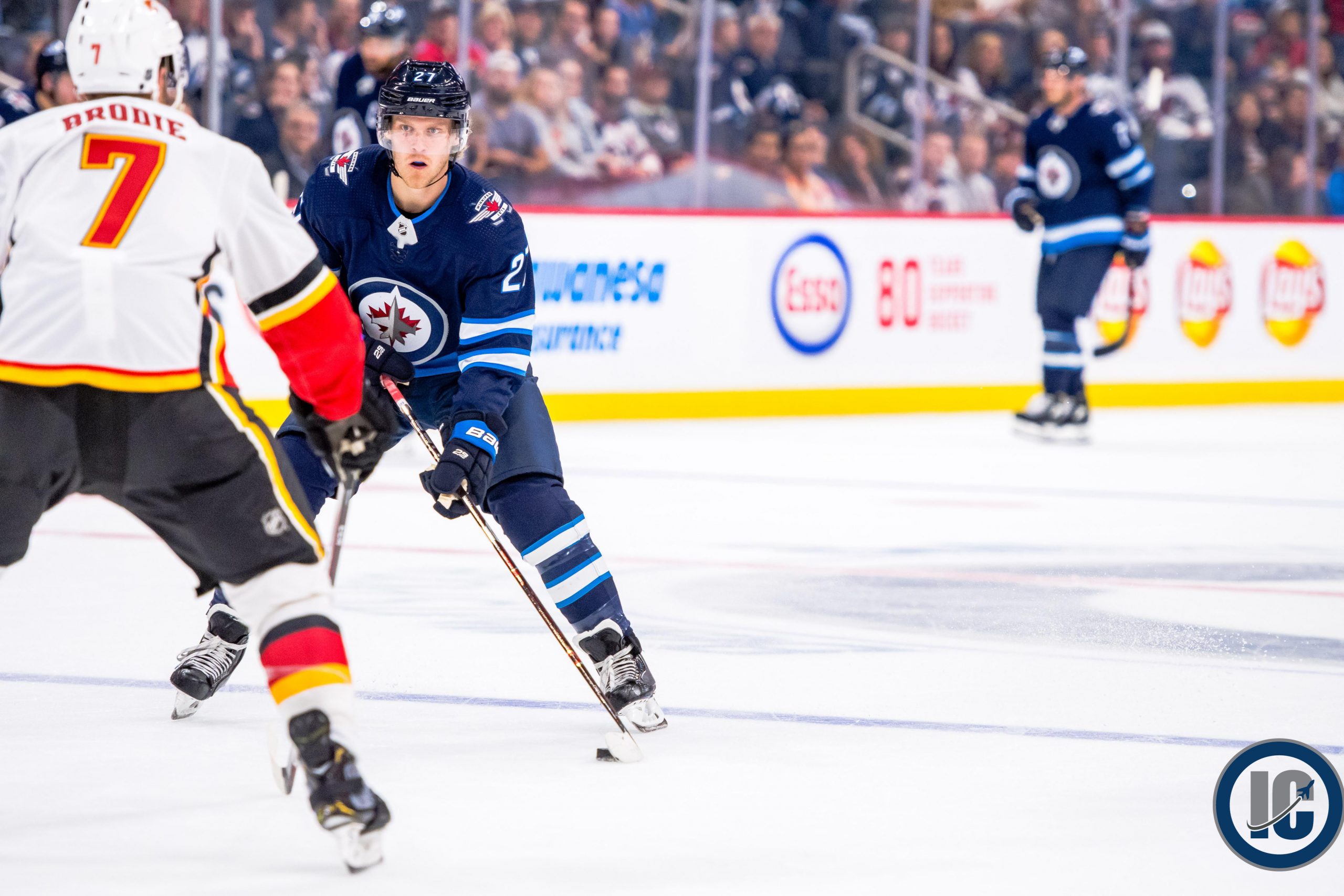 Global News:  Jets gearing up for long playoff run: ‘We feel good about our lineup’.  Considering every lineup will be at close to 100% when this tournament gets going it is easy to see why all the teams involved feel good about their chances.

Winnipeg Sun:  Jets ready to step into pressure cooker against Flames. No time for a slow start out of these gates as a team gaining the upper hand early will likely be the one to win the series.

Sportsnet: NHL teams seek ‘somewhat normal’ atmosphere in home away from home. The article is written about the Flames experience but also mentions the Jets.  I still think it would be cool if the arena could be split into a sea of red and the whiteout when Calgary plays Winnipeg.

The Athletic Winnipeg: How Kyle Connor can add another element to an already effective power-play unit.  (Paywall).  The talented winger can score. Of that there is no doubt.  Murat with how he can be a difference maker on special teams.

TSN:  Ehlers ‘confident’ he can contribute in various ways despite lack of scoring.  Backed by the support of his head coach Paul Maurice, Jets forward Nikolaj Ehlers knows that he’s able to help his team win, with or without putting the puck in the net.

TSN 1290 Winnipeg:  We’re making the most of it’ Adam Lowry talks Jets camp, golf game.   Jets forward Adam Lowry joined the Afternoon Ride in the middle of his golf round to discuss training camp so far ahead of the NHL’s return.