Note:  The Jets were off on Saturday but that didn’t stop us from taking a look at what the Jets lines and D pairs might look like for the exhibition game on the 29th against the Vancouver Canucks based on how training camp has gone so far.

Note II:  The Jets get back on the ice this morning at the IcePlex for day 7 of training camp.  After Friday’s scrimmage they are back into groups.  Group 1 is scheduled to hit the ice at 7:45 AM (Update:  Logan Stanley skated for the first time with the guys at training camp) while group 2 starts at 9:15 AM.  As always keep it locked here for training camp coverage.

Winnipeg Sun:  Things about to get even more unusual for Jets as they prepare to enter NHL ‘secure zone’.  I presume it is going to feel like watching an episode of Big Brother (although I’ve never watched the show).  Ted also covers the Jets getting used to playing in an empty arena at the end of the column. Perhaps they can split Rogers Place in half and dress up half the seats as a sea of red and the other half as a whiteout.  Pump in some fan noise from the Saddledome and Bell MTS Place and bingo bango you’ve got yourself a crowd. 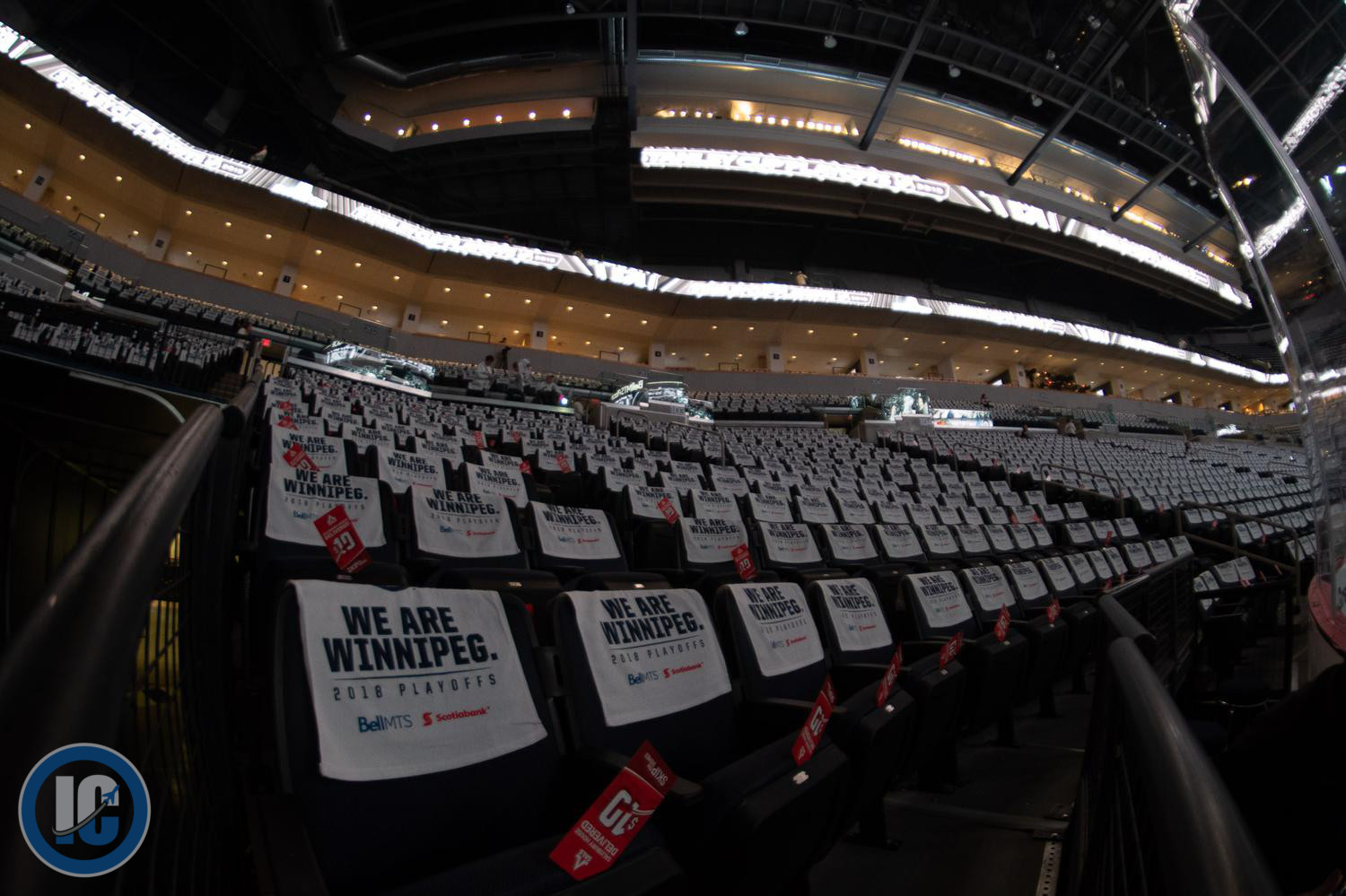 Calgary Sun: Erik Gustafsson hopes to help Flames’ power play heat up for post-season. Quite the high level of talent for the Flames on that power play and quite the opportunity for the talented Swede to quarterback it. Learn more about the Jets opponent.

The Athletic Winnipeg:  Josh Morrissey’s maturity and other observations from Week 1 of Jets camp.  (Paywall).  Murat takes you into training camp from the past week.

Topics: Recap of the first week of Jets training camp (2.0), The Jets forward lines entering the play-in series vs. the Calgary Flames, Should Jansen Harkins be the Jets 13th forward or even be in the Top 12, How does the Jets defence match-up against the Flames, Should/will the Jets play more of an up-tempo style against Calgary