A look at the possible Jets lines and D pairs ahead of the exhibition and play-in series.

The Jets have had five days of training camp in Winnipeg and are scheduled to be here another nine days before they are set to head to Edmonton to get the Return to Play underway in that hub city.  Today the team is taking the day off before resuming training on Sunday. 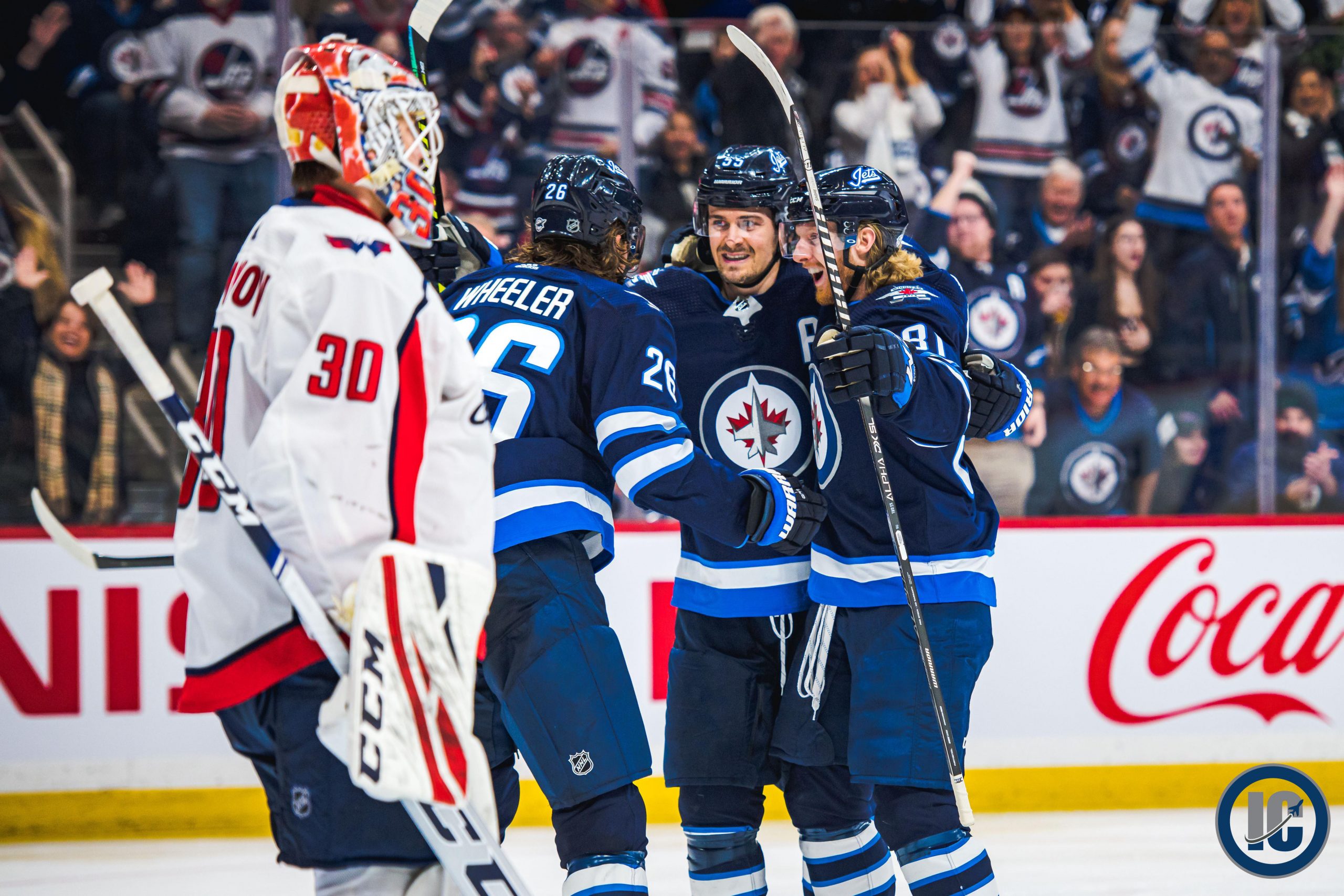 Less than a week ago we learned that there would be 33 players on the roster for camp here in Winnipeg.  Since day 1 of camp the second group has run the same lines and D pairs which appear to make up the top three lines and top two D pairs as follows:

Jets bench boss Paul Maurice was asked on Wednesday whether there would be competition for spots on the periphery and he indicated “For the most part I’ve got my lines structured today and I guess you could lose your job if you’re not performing”.  The following day at camp the top line from the first group along with the top D pair shifted to group two which gives you a pretty good indication as to what his line and D pair structure will look like.

Of course that doesn’t mean that the extra 10 guys not listed above are out of luck as the Jets bench boss said in his answer on Wednesday regarding competing for spots “The real competition is, if you go on any kind of extended run, maybe not even an extended run, you’re going to go deep into your group. I don’t know how you can take this amount of time off, come back in play one exhibition game and not have injuries. We’re going to have injuries. So all of these guys are going to get a chance. What they do between now and that opportunity opening up, the depth chart on that could change”.

Meaning forwards and defencemen like David Gustufsson, Jansen Harkins, Mark Letestu, Logan Shaw, CJ Suess, Carl Dahlstrom Sami Niku and Nelson Nogier could have a shot to be a depth piece.  However when it comes to the top 12 forwards and top six D men that would appear to be set according to Maurice.

“But in terms of where we’re at right now when I say OK these are the 12 guys I’m most likely starting with up front, and these are the six guys that I’m most likely starting with, I’ve got that set. You would have to have that set when training camp comes. And then you are watching those extra guys very close. Who’s 13, right? Who’s the seventh defenceman? Well, that will play itself out here going into Calgary.”

Now teams are permitted to bring 31 players to Edmonton which means the Jets would have to eliminate two players before heading west.  To this point we have not yet seen Anthony Bitetto or Logan Stanley, who were both listed on the training camp roster last Sunday, but have not yet taken part in a single training camp on ice session so they would likely be the two if they continue to be absent for much longer.