Winnipeg Sun:  Jets logo whiners go home.  I think the only reason we are hearing about the complaints is because it is the middle of August and there isn’t much else (Jets related) to discuss.

Globe and Mail:  Take him down a Peg (scroll down to 2nd story).  You have to think that McCown has achieved what most of these ‘types’ set out to achieve, cause a stir with their words, regardless of whether they are true or not.

The Sporting News:  Andrew Ladd – If players want to leave Winnipeg, let them.  It was nice to see the Jets captain drawing a line in the sand.

Globe and Mail:  Can reality TV solve Gary Bettman’s Phoenix farce?  Will this situation in Phoenix ever end?

Pittsburgh Post-Gazette:  Penguins Crosby continues to make progress.  It isn’t just fans of the Pens who are hoping that Sid the Kid is ready to go when the puck drops in October.  There are 15,000 fans in Winnipeg for the 2nd home game of the season that are praying he is healthy enough to play. 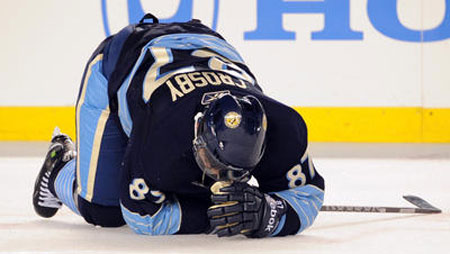 Pittsburgh Tribune-Review:  Bylsma said to be ready to address Sid Crosby’s status.  Oh boy, a report started by a “tweet” which has snowballed into an avalanche of reporting.  Haven’t we seen this before?

NESN:  Is Boston Garden’s last hurrah or Tim Thomas’ stick save on Steve Downie a bigger Boston sports moment?  I like that NESN is debating the biggest Boston sports moments but you have to give the edge to Thomas’ save which helped the Bruins maintain a lead, and eventually led them to the first cup in almost 40 years.

Edmonton Journal:  Mommy, where go goalies come from?  I didn’t realize that the Oilers had signed Tim Thomas way back in the day.

Jets Week in Review
How good is Ondrej Pavelec?