Note: This is day 14 since the NHL and AHL hit the pause button on their respective 2019-20 seasons.

Note II:  Ken Wiebe and Murat Ates of The Athletic Winnipeg will be hosting a live Q&A today from noon until 1 pm CT. If you’d like to participate the link is here.

Sportsnet: 31 Thoughts.  In thought #7 Jets captain Blake Wheeler answers three questions from Elliotte Friedman including: 1) How concerned was he that being in a playoff position wouldn’t be possible? 2) How has he changed? and 3) What did he consider to be the most impressive Winnipeg win of this season? 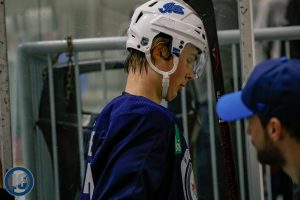 The Athletic Winnipeg: Who could the Jets lose to Seattle in the 2021 expansion draft?  (Paywall – 90 days of free access).  While it is still aways away Ken takes a look at who he has on his list for the Jets to protect.

Sportsnet:  NHL instructs players, team staff to extend self-quarantine another 10 days.  The NHL is still clinging to hope that there will be hockey this summer based on the above and also the article below.