Note:  The Jets were off on Monday after back to back games this weekend although they were still making news as the NHL announced that Kyle Connor had been named NHL Second Star of the Week.  Today they will welcome Jacob Trouba and Brendan Lemieux to Winnipeg for the first time since the pair they were traded separately last season to New York.  Morning skate at 10:30 AM so be sure to check back the pre-game report.  Puck drop is at 7 PM.

Note II:  The Moose practiced on Monday followed by a visit to an outdoor rink for a local family who won a contest.  Today they will practice again as they get ready for the start of their midweek series against the IceHogs.

Winnipeg Sun: Clutch Copp shining the light in Jets’ march to playoffs.  The Michigan born centre has certainly stepped up his game when the team has needed a boost. 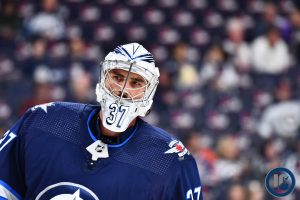 New York Post:  Rangers’ Jacob Trouba could be in for nasty homecoming.  Hopefully what it does will inject some life into a Tuesday night game.  We may see a return to the inventive chants inside Bell MTS Place.

Winnipeg Free Press:  Hawerchuk showing plenty of moxie in fight against cancer.  (Paywall). He played a special role in this city in the 80s.  Good to her the battle with cancer is progressing.

Sportsnet: ‘Bend but don’t break’ mentality has Jets rolling at right time. NHL insider Garry Galley joins Dave Randorf to break down the Jets resilient win over their division rival Blackhawks, as they’re rolling at the most crucial point of the season.