Note:  The Jets are on their Player break.  We did take a look at the status of some of the injured Jets players and when they are projected to return.

Note II: The Moose are on their AHL All-Star break with the exception of Jansen Harkins.  Harkins was assigned by the Jets down to Manitoba to take part in the festivities over in Ontario, California.  As a result of this move the team announced they had recalled Cam Schilling in order to remain CBA roster compliant.  Good deal for the veteran to receive NHL money while on the AHL All-Star break.

The Athletic Winnipeg:  Why the Jets should be sellers at this year’s trade deadline.  (Paywall).  Hard to argue with Murat.  While it won’t be easy to sell a lost season to fans or even members of the club it is likely best for the long-term health of the franchise.

Illegal Curve:  Discussing the Jets with analytics expert Sean Tierney.  We spoke on a wide range of topics with the always insightful Sean Tierney. 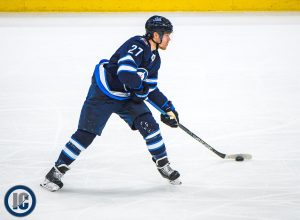 Topics: Reviewing the Jets three-game road trip, Expectations for the Jets final 31 games of the season, The Jets recent stretch of poor results, Could the Jets be sellers at the NHL Trade Deadline