Note:  The Jets practiced on Saturday as they got ready for today’s game against the Predators which kicks off the first of three straight at home.   It will be an early 1 pm puck drop.  Be sure to come by after the game concludes for the post-game reaction.

Note II:  The Moose concluded a road trip that didn’t exactly go as planned dropping all three games they played to division rivals Rockford and Grand Rapids (x 2).  They will have today off before they return to the ice on Monday for a morning skate as they kick off the first game of a four-game homestand.

Winnipeg Free Press:  Jets want to raise a ruckus.  (Paywall).  Bell MTS Place ain’t exact an unfriendly place to be for the visiting teams of late. 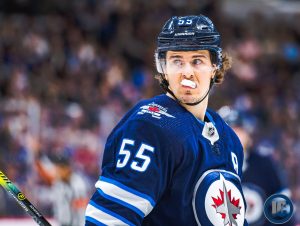 Winnipeg Sun: High danger chances….Jets giving more than they get.  Scott has really excelled as the new full-time scribe this season for the Sun and this is another example of that.  Or maybe I just like puns.