Winnipeg Sun: Jets have experience, patience for handling RFAs Laine, Connor.  Luckily for folks in Winnipeg they don’t live near any volcanoes!  And who knew Winnipeg even had an airport?  Scott’s article talks about the new normal when it comes to RFAs.

Sportsnet: Is Patrik Laine worthy of a long term contract from Jets? Jets reporter for The Athletic Murat Ates joined Good Show with George Rusic and Justin Bourne to discuss why RFA forward Patrik Laine has yet to sign a contract and if the Jets should sign him to a long term deal. 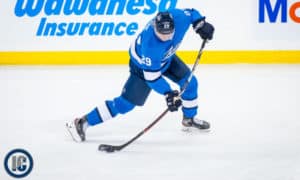 Sportsnet: Good Show With George Rusic and Justin Bourne. Murat Ates, Winnipeg Jets correspondent for The Athletic, comments on Patrik Laine’s contract situation, Kyle Connor’s play, whether Nikolaj Ehlers will be on the Jets opening night lineup, goalie plan for the season, whether Paul Maurice is on the hot seat and the long-term implications associated with Mitch Marner’s RFA dispute.  Starts at 1:35:14 with Murat.

TSN 1290 Winnipeg:  The Afternoon Ride.  Winnipeg Jets defenceman Nelson Nogier joined Andrew Paterson and Rick Ralph on the Afternoon Ride. They discussed his new one year two way contract with the club, the first three years of his career, and his off-season training.