Note:  The Jets ended the road trip with a 3-1 loss to the Capitals last night meaning they went .500 in the four games.  Today they are off as they rest up for the three-game homestand which begins tomorrow night against the Sharks.

Note II:  The Moose completed a huge series sweep of the IceHogs yesterday afternoon with the comeback OT win that saw Michael Spacek finish off a Mason Appleton rush to give Manitoba the win.  It improved them to 29-26-3-2 on the season and 14-1-0-1 in last 16 games here in Winnipeg.  The Moose are also off today but will be back on the ice on Tuesday as they get ready to go battle with the Texas Stars starting on Wednesday.

Winnipeg Sun:  Flip pass burns Jets in loss to Capitals.  A look back at last night’s game from Ken. 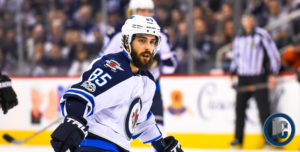 Winnipeg Free Press:  Kiselevich accepting of new opportunity, role.  (Paywall).  Mike caught up with one of the newest members of the Jets.

Washington Post:  Pheonix Copley is up to the challenge as the Capitals slow down the high-flying Jets.  Read about the game from the perspective of a writer who covers the Jets opposition.

TSN:  Jets’ issue was power play, not goaltender interference call.  The Jets’ struggles in Washington continued on Sunday as they lost to the Capitals but were they robbed of a potential game-tying goal in the third period? TSN Hockey analyst Jamie McLennan shares his thoughts on the key play in the game and says Winnipeg’s power play didn’t help their cause.

Topics: Jets/Hurricanes Recap, The Jets struggling with breaking out and gaining the zone, Jets/Capitals Preview, The Jets Penalty Kill