Note:  The Jets were simply pummeled by the Avalanche last night losing 7-1 in a game captain Blake Wheeler characterized as one that “looked like we kinda gave up”.  Today they are in Vegas where they are scheduled to practice at T-Mobile Arena at 2 pm CT as they prepare to face the Golden Knights tomorrow night.  Be sure to check back for the Practice Report.

Note II:  The Moose didn’t fair well in the opening game of this six-game road trip as they dropped yesterday morning’s game in Toronto by a final score of 4-3 as the Marlies held on for the victory.  Today they are in Laval, Quebec where they are scheduled to practice at 12 noon as they get ready to face the Rocket tomorrow night at 6:30 pm.

Winnipeg Free Press:  Cup parade? How about a funeral procession instead?  (Paywall).  The highs and lows of sports are really something.  Mike has more on the current state of things with the Jets.

NBC Sports:  Jets struggling to fight way out of slump.  Lots of angst these days in Peg’ city.

Winnipeg Sun: Jets look ‘like we kind of gave up’ in 7-1 loss to Colorado.   Ken puts his thoughts on last night’s game into this column as he recaps the action from his spot in Colorado. 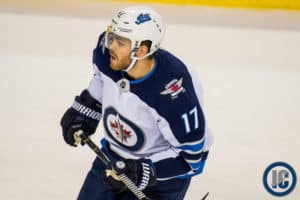 Winnipeg Free Press:  Jets buried 7-1 by speedy Avalanche squad.  (Paywall).  Jason was also in the mile high city and he too tried to make some semblance of what we saw last night.

Winnipeg Free Press:  All quiet on Jets’ trade front… for now.  (Paywall).  After last night’s effort the phone may be ringing off the hizzo.

Denver Post:  Avalanche in playoff picture after another victory over Central Division-leading Winnipeg.  Mike covers the Avs and he provides his insight into the beat down the Avs laid on the Jets.

Winnipeg Free Press:  Jets Q+A with Free Press hockey writer Mike McIntyre.  (Paywall).  Mike took some time this afternoon to answer some questions about the local NHL squad although he definitely played it safe when I asked him to identify his favourite member of Illegal Curve.

TSN: Will adversity affect Jets’ trade plans? How much pressure is on Kevin Cheveldayoff to load up for the stretch run and postseason – especially with the team going through a brutal slump days before the deadline?  Hockey insiders McKenzie, Dreger and LeBrun discuss.

TSN:  ‘Patrik Laine looks meek’ says Button.  Craig Button says Patrik Laine is playing ‘outside the guts of the action’, he’s not imposing himself and he’s denying himself better than any opponent can deny him. Button also explains why he thinks Matt Duchene would be the ‘absolute perfect fit for the Jets’.

TSN 1260 Edmonton: Eventually Laine’s slump has got to come to an end.  The host of Jets TV, Jamie Thomas, joins his old roomie Dean Millard to share what’s wrong with Patrik Laine, when and what will it take for him to snap the slump and whether or not Winnipeg should fear St. Louis.